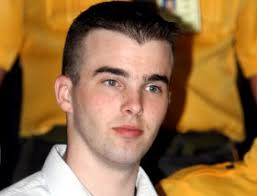 Roses are red
Violets are blue
We’re so excited
Can’t wait for you.

9. To The Senate
From Jocjoc Bolante

How do I lie thee?
Let me count the ways.

8. To the Three Alabang Boys
From PDEA Director Dionisio Santiago

7. To DOJ Prosecutor John Resado
From The Alabang Boys

Thank you for tryin’
we appreciate it
Just return our money
or get mired in deep shit.

6. To All German Nationals in the Philippines
From Sen. Lito Lapid with Love on Valentine’s Day

5. To Loren
From Your ex, Tony Leviste

All alone in my cell, I think of you my darling
Will you visit me today for an hour of canoodling?
I’ve got a bed, two soft pillows, and a tv set to boot
I vow to be gentle, I promise not to shoot!

4. To Ping and Jamby
From Manny Villar

On Valentine’s Day I forgive, I forget
Just stop the big fuss about the C-5 budget
Double insertion? Did you say I’m guilty?
My wife’s a billionaire so that’s a baloney!

3. To Korina
From Mar Roxas

Thanks for the support oh my dearest one
Next year, I promise, we’ll be in Malacañang
“First Lady” of the land, isn’t that what you wanted?
And I, your President, ‘tang ina, I’m excited!

2. To The World Bank and the Senate
From First Gentleman Mike Arroyo

On this day of hearts, I appeal to thee
My heart is so weak, so please have some mercy
Hearsay! Malicious! The reports are baseless
Even if you ask Merceditas Gutierrez!

And the No. 1 Political Valentine Card Message… 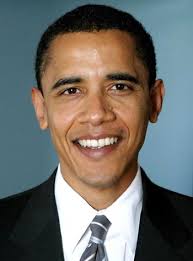 1. To President Arroyo
From US President Barack Obama

I really am sorry for ignoring you dear
I just don’t feel comfy whenever you’re near
My target is to make the U.S.A. better
While your only goal is to change a Charter!
________

A Continental Express plane with 48 people aboard crashed into a Buffalo home in upstate New York. But here’s a more shocking revelation. Unknown to everyone, during US President Barack Obama’s inauguration, a commercial plane ran out of gas while flying over Washington DC. Luckily, the pilot safely landed the aircraft… on Aretha Franklin’s hat.

Paule in Pasay
Remember businessman Jaime Paule? The alleged bagman in the P728M fertilizer fund scam who was ordered arrested by the Senate at the St. Luke’s Medical Center is now detained at the Pasay City jail. Isn’t that a double whammy? Makukulong ka na nga lang sa Pasay City Jail pa! And did you see the detention cell? That’s not a jail man. That’s a cage!

Australian Wildfires
Australian authorities have arrested an arson suspect responsible for the wildfires that have so far killed 181 people and left thousands homeless. Nope, there’s no truth to rumors that the suspect was arrested at the St. Luke’s Medical Center. 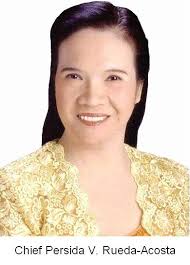 Road Mess
The World Bank identified seven contractors who allegedly manipulated three biddings for road projects worth $33 million it had offered to finance; it also linked politicians and government officials to the manipulation. Apparently, the politicians and the government officials were not named in the four-page report; otherwise, it wouldn’t just be four pages but forty. 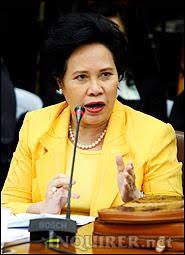 Road Mess II
Sen. Miriam Defensor-Santiago said she would call another hearing on the “road mess” if Sen. Panfilo Lacson could present his witness on the alleged P70-million bribe given by contractors to a powerful person close to Malacañang holding office at LTA Building in Makati City. Santiago gave Lacson two weeks to present his witness. Malacañang gave Mike Defensor three weeks to neutralize the same witness.

Impeached!
I am not sure if you’ve been following the story of Illinois Gov. Rod Blagojevich. He tries to sell a vacant Senate seat, gets impeached, and his term as governor ends. In the Philippines, someone tries to sell the nation’s sovereignty, never got impeached, and her advisers even propose an extended term.

Sen. Lito Lapid has filed a bill that would promote the official use of the Filipino language during Senate deliberations. That’s understandable. As you may have heard, Lapid is the third or fourth biggest spender in the Senate. Almost half of his budget is spent on English translators.

Tribune Sued
Development Bank of the Philippines Chairman Patricia Sto. Tomas filed a libel case against Niñez Cacho-Olivares, editor-in-chief of the opposition paper, The Daily Tribune and its columnist former senator Ernesto Maceda over the former senator’s claim that Sto. Tomas received a P10 million Christmas bonus from the DBP. Lawyers for the Daily Tribune are seeking the dismissal of the case saying Sto. Tomas’ reputation is still intact considering the broadsheet’s almost zero readership daily.

Octuplets
As we all know, a 33-year-old woman gave birth to eight babies in Southern California last week, the world’s second live-born set of octuplets. Attending physicians described the birth as a “phenomenon.” The Catholic Bishops Conference of the Philippines described the woman as a “role model.”

We have a new survey. Vote now.

__________
“A government, for protecting business only, is but a carcass, and soon falls by its own corruption and decay.”
~Amos Bronson Alcott