Noy and the US Envoy
US Ambassador Harry K. Thomas Jr. paid a visit to president-apparent Noynoy Aquino on Times Street, Quezon City last Friday. After the visit, both the Liberal Party and the US Embassy denied rumors that Thomas made a pitch for Jejomar Binay.

The meeting between US Ambassador Harry K. Thomas Jr. and president-apparent Noynoy Aquino last Friday reportedly lasted one and a half hours. A broad range of issues was discussed during the visit. Thomas talked about current state relations and terrorism for the first half hour, while Noynoy talked about video games for the next hour.

US Ambassador Harry K. Thomas Jr. paid a courtesy call on president apparent-Noynoy Aquino last Friday on Times Street. Thomas promised three things during his visit: one, that the US would respect the outcome of the elections; two, that America would work closely with Aquino on priority issues, and three, that he, as US envoy would never appear on Wowowee as often as his predecessor did.

Sen. Mar Roxas was also present during US Ambassador Harry K. Thomas Jr’s visit to Times Street. Roxas took advantage of the opportunity to meet Thomas before he takes a one-year break from government and politics.

GMA’s “Tuko”
Heard about President Arroyo’s speech at the Lions Club convention last Friday? In her talk, the president revealed, “In my son’s home, and in my home in Lubao, Pampanga, we don’t use chemical pest control for mosquitoes and cockroaches. We use a gecko.” Now that explains why Malacañang has been free from cockroaches and mosquitoes for nine years now.

With the likes of Dato, Mikey, Iggy, and Mike Arroyo around her, it’s no longer surprising why President Arroyo knows so much about pest management.

DOH and Smoking
The Department of Health will issue an administrative order requiring cigarette manufacturers to place graphic warnings in their products to discourage the public from smoking. Reacting to the order, cigar manufacturers have started reproducing cigar packages showing a photo of Noynoy Aquino.

Kris and TIME
Noynoy and the Aquino family are on the pages of TIME Asia again. His sister Kris was described as “The Filipina Oprah.” Sure. A black host and a black sheep.

Kris Files LOA
Kris Aquino has announced her decision to leave ABS-CBN’s two showbiz-oriented talk shows: ‘The Buzz’ and ‘SNN’ while her brother is in office. To sustain the two shows’ good ratings while she’s gone, Kris will be replaced by Robin Padilla.

A Passport, Finally!
Dethroned Bb. Pilipinas-Universe 2010 Maria Venus Raj finally gets a passport – a condition set by the Bb. Pilipinas Charities before she is completely reinstated. It took more than a month for Venus to get a passport because she was too busy with her TV guestings and appearances. 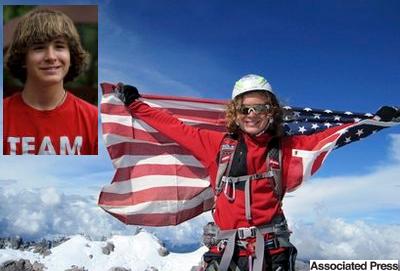 Overseas
On Saturday, May 22, 13-year-old Jordan Romero of California, USA became the youngest climber to reach the peak of Mount Everest. The lovable kid has become so popular on Twitter, fans of Justin Bieber have started sending him hate mails.
————–
“A real diplomat is one who can cut his neighbor’s throat without having his neighbor notice it.”
~Former UN Secretary-General Trygve Lie

Have a great week ahead. Go Lakers!