THE SENATE and the House of Representatives approved on third and final reading their respective versions of the Reproductive Health Bill. Malacañang: 2, CBCP: 0.

At the Senate, 13 senators voted ‘Yes’ to the RH Bill; 8 voted ‘No,’ and Tito Sotto was annoying as ever.

It took 14 years for our legislators to pass the RH Bill. Fourteen long years! Or as Mother Lily would say, “Shake, Rattle and Roll!”

Also at the Senate, Senator Miriam Defensor-Santiago vowed to file a bill that would penalize a husband “who does not give satisfying sex to his wife.” And Koko Pimentel was like, “Harsh!”

Senator Jinggoy Estrada and his half-brother, San Juan Rep. JV Ejercito both rejected the bill. Who says they have nothing in common?

Reports say if President Aquino signs the bill into law, Lingayen-Dagupan Archbishop Emeritus Oscar V. Cruz will be pushing for ‘civil disobedience.’ One form of civil disobedience is not paying your taxes. In short, Oscar Cruz is telling Filipinos, ‘Gayahin n’yo ako.”

Lipa, Batangas Archbishop Ramon Arguelles says President Aquino will be killing 20 million children if he signs into law the Reproductive Health Bill. That’s a bold statement from someone who has absolutely zero contribution to the population.

BREAKING: The Mayan calendar has been found. Apparently, the Mayans predicted the decline of the CBCP’s influence.

Trust and Optimism
According to a Pulse Asia survey, 80 percent of Filipinos trust President Aquino. The rest were Catholic bishops.

Wrath of God?
At least 20 children were killed by a gunman in Newtown, Connecticut. More than 22 kids were stabbed by a deranged man in China. Manila Auxiliary Bishop Broderick Pabillo is blaming the RH Bill for these tragedies. 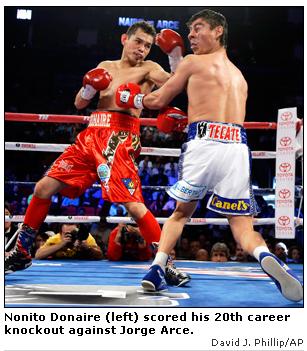 Donaire Wins
Nonito Donaire Jr. beat Jorge Arce to retain his WBO superbantamweight title, his fourth straight win this year. Analysts are applauding Donaire’s showcase of consistency. Me? The thing I like most about Nonito is that he’s not a politician and game show host.

Top Rank promoter Bob Arum says Nonito Donaire is a shoo-in for Fighter of the Year. Also in the running for that recognition is Sharon Cuneta.

No to Bieber
A party-list representative has filed a resolution seeking to ban Canadian pop artist Justin Bieber from visiting the country for making fun of Manny Pacquiao on Instagram. Another proof that the party-list system in the Philippines is effed up. 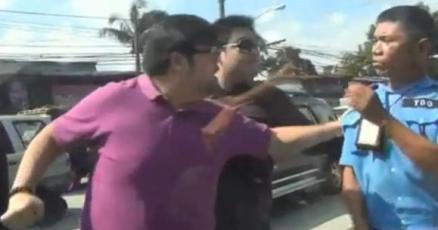 According to his LinkedIn profile, Robert Blair Carabuena graduated at ADMU with a degree in psychology. Based on that video, he puts the psycho in psychology.

Heard about that guy Robert Blair Carabuena? He was caught throwing his overweight around!

When the video of him mauling a traffic enforcer went viral, Robert Blair Carabuena, who’s also on Twitter decided to protect his tweets by making changes in the settings. No word yet on whether or not there will be changes in his behavior.

JUST IN:
The motorist who manhandled an MMDA traffic enforcer has deleted/deactivated his Facebook, Twitter and LinkedIn accounts. Karma is digital.

Robert Blair Carabuena has taken down his accounts in social networking sites. He bullies traffic enforcers but he’s no match for computers.

Perks
Employees of the Metropolitan Waterworks and Sewerage System reveal MWSS consultants earn P8,500 per meeting which translates roughly to P34,000 a day or about P136,000 a month! Wow, where and how do I send my resumé?

No Perks
Employees of PAGASA held a protest action to denounce the failure of the government to implement a law that entitles them to a hazard pay of no more than P6,000 per month. Today, the take home pay of a weather forecaster like Jori Loiz is P12,000 – or as MWSS consultants would say, “Pang-gas.” In Other News…
The Judicial and Bar Council has released the short list of eight candidates for the post of Chief Justice of the Supreme Court. President Aquino has until August 27 to announce his choice.

The JBC has announced the shortlisted candidates for Chief Justice of the Supreme Court. President Aquino plans to bring the candidates to flooded areas in the metro to distribute relief goods.

Sotto’s Speech
I have yet to read/watch Sen. Tito Sotto’s eulogy last Monday so I cannot comment on that yet.

But I heard poledancer Ciara Sotto was quoted to have said that of all places, she didn’t expect she’d shed tears at the Senate. Kami rin.

The London Olympics
It’s another medal-less campaign in the Summer Olympics for Team Philippines. One sports official who was with the PH delegation in London said we should reform and overhaul the country’s sports program. And I was like, “You first.”

Bolt
The fastest man in the world is still Usain Bolt of Jamaica.
Dear Usain Bolt,
Be our justice system, please.
Thank you.

Miss Universe 2012
Reports say the Miss Universe pageant scheduled this December is in danger of getting canceled. Apparently, the other planets still refuse to send representatives.

In Hollywood…
Jennifer Aniston is getting married. The 43-year-old actress is engaged to her future ex-husband.
—————————————————-
“Anger is an acid that can do more harm to the vessel in which it is stored than to anything on which it is poured.”
~Mark Twain

Quote of the Week
“Obvious naman, the Supreme Court, the IBP, the JBC, nagkasundo sila lahat trying to pin me down and bonding together as if nagkaroon sila ngayon ng common objective: anybody but De Lima. That’s my feeling. Hindi ko talaga ‘yun naintindihan and why was I singled out for disqualification?”
~Justice Sec. Leila De Lima