FORMER SENATOR Panfilo Lacson’s wife Alice had a horrifying experience in Manila recently. Just seconds after alighting from her parked car, robbers snatched one of her diamond-studded gold earrings. She is ok now. It was not the first time Mrs. Lacson came face-to-face with thieves. She used to visit the Senate remember?

Former senator Panfilo Lacson’s wife Alice was victimized by a bunch of thieves in Manila. At least three suspects have been identified. The thieves claimed innocence and vowed to defend themselves in separate privilege speeches.

Sorry
After receiving complaints from travelers, President Aquino apologized for the busted air conditioning system at the Ninoy Aquino International Airport – one of the world’s worst airports. Things are getting worse over there at the NAIA. It was so bad that this morning, Ninoy Aquino appealed that the airport be re-named after someone else.

Waterless
Due to the flood control project of the Department of Public Works and Highways, 400,000 residents of Metro Manila and Cavite are now experiencing water service cutoff. Those areas will go dry. If it’s any consolation, they now have something in common with the President.

Reckless
A driver of a sportscar that overtook a presidential convoy last Wednesday was charged with reckless driving. When he was ticketed, Jeffrey Roxas-Chua of Urdaneta Village, Makati City got angry and told a police officer, “Kay Presidente pala kayo huh. Ganyan pala. Humanda ka ‘pag naging presidente si Binay o si Erap. Ipatatanggal kita.” Apparently, Chua was not only driving really fast. He was also packing winds of up to 285 kilometres per hour.

Pacquiao
Reports say Manny Pacquiao might see action in the PBA soon. Pacman was quoted to have said he might just play for one of the three newest teams in the league – Kia. Owners of other teams are reportedly cool with the idea as long as the PBA imposes a ban on Mommy Dionisia.

Message
In his Holy Week message, President Aquino said, “As followers of Jesus, Filipinos must always be ready to make their own sacrifices.” And MRT riders were like, “You have no freakin’ idea.”

“Father, forgive them, for they don’t know what they’re doing.”
– People praying for selfie addicts

“I assure you, today you will be with me in paradise.”
– Juan Ponce Enrile on the phone with Gigi Reyes

“Father, I entrust my spirit into your hands!”
– Erap holding a glass of Petrus wine while praying

Married
Scientists say an authentic papyrus fragment found in ancient Egypt suggests Jesus was married. In the said document, Jesus mentioned the words “my wife” while talking to his disciples. A number of people are questioning its authenticity though. In the interest of fair reporting, we will get the side of the person who took the minutes of that meeting.

Record-Breaker
In Brgy. San Pedro Cutud, City of San Fernando, Pampanga, 53-year-old signboard maker, Ruben Enaje was crucified for the 28th time as he portrayed the role of Jesus in the traditional staging of a play called Via Crucis. Tourists and residents applauded Enaje for his record-setting feat. He totally nailed it!
———————————————————————————-
“Miracles only happen if you believe in miracles.”
~ Paulo Coelho

Have a safe vacation!

The House of Representatives plans to stage a senaculo on Good Friday. But they have a huge problem. The play requires only two thieves. There are 238 of them.

The Aquino Family of Tarlac is also holding a senaculo at Hacienda Luisita this week. Noynoy Aquino has been tapped to play the role of the virgin. 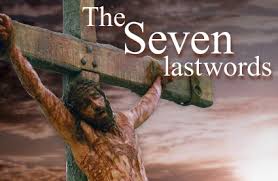 And Kris Aquino was assigned to read the seven last words. But the queen of talk complained, “Gosh naman Mom! Seven lang?!? Can I discuss each na lang!”

In Cavite, Panfilo Lacson played the role of Pontius Pilate in a passion play. When the mob shouted “Crucify Jesus! Crucify him,” Lacson told them, “Nahh, that’s time consuming. Shoot him!”

In the Arroyos’ hometown of Lubao, Pampanga, local officials couldn’t agree on who should play who in the upcoming senaculo . So they decided to draw lots. Hayun, sa awa ng Diyos, hanggang ngayon binobola pa rin. 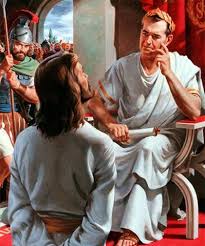 Loren Legarda will likewise be active this Holy Week. Dozens of senaculo organizers have invited her. She’s the unanimous choice to play Mary Magdalene.

And did you hear about Mar Roxas’ “panata” this Lenten season? He is doing a Visita Iglesia… on a pedicab.

Under fire for “meddling” in the ongoing Sulu hostage crisis, Richard Gordon refused to play the role of any major character in a senaculo in Olongapo City. He’ll keep it low key this time and will just join the crowd… of weeping women.

Overseas, Manny Pacquiao was invited by the Filipino community in California to participate in the traditional Pabasa. The People’s Champ did say yes to the invitation but instructed his lawyers to double check the “Pasyon” that he’s gonna read… just to make sure it wasn’t written by ABS-CBN lawyers.

Just so you know… Manny Pacquiao is a devout Catholic. In fact, he already did the station of the cross last month. Three stations so far, to be exact.

In Davao City, Passion play organizers couldn’t find “extras” who were willing to act as thieves. They’re so afraid their mayor would take their roles seriously.

Remember controversial DOJ prosecutor John “Lending Business” Resado? Something weird happened at a senaculo in his native Tarlac when he played the role of Judas Iscariot. When Roman authorities paid him 30 pieces of silver for betraying Jesus, he demanded an additional 1.6 M pesos to be deposited to his BDO account. 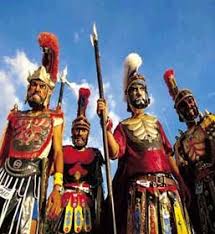 If that’s weird, then this one’s insane: when fashion designer Boyet Fajardo played the role of a Roman soldier in a senaculo , he repeatedly slapped the guy who played Jesus, and then ordered everyone in the cast to kneel in front of him or else, he’ll have them fired from the project.

This just in! Giant oil companies are hiking pump prices this week… in observance of “Mahal na Araw.”

_________
“All spiritual practices are illusions created by illusionists to escape illusion.”
~Ram Dass

UP NEXT:
PRESIDENTIABLES: The Awful Truth in 60 Seconds