Duterte: Tang-ina, bastos ka ah! How is the vagina of your wife? Is it smelly? Or not smelly? Give me the report.

Orlando Massacre
The US is still in shock following the murder of 49 people in Orlando by a lone shooter identified as Omar Mateen. Former classmates and co-workers described Mateen as an angry, stubborn, trashtalking man who always talked about killing. In other words, he had the potential to become president.

Lost
Defeated vice presidential candidate Ferdinand ‘Bongbong’ Marcos Jr. is incensed. In a recent statement, he spoke about vote buying, vote manipulation, and election fraud. Which sounded familiar because, as it turned out, he was reading from a document called, ‘The Martial Law Years.’

Accusing the administration of cheating in the last elections, Bongbong Marcos said, “Napakawalanghiya ang pagkagawa sa pambabastos at pagbabalewala sa boses ng taumbayan.” Or as his father would say, “Note to self.”

Drug Test
Incoming House speaker Pantaleon Alvarez is open to the idea of requiring lawmakers to take a drug test when the 17th Congress opens next month. In totally unrelated news, Jules Ledesma is really glad his term is over.

Outgoing
Negros Occidental Rep. Jules Ledesma is a three-termer solon. We won’t be seeing him in the upcoming 17th Congress just as we didn’t see him in the 14th, 15th and 16th Congresses. 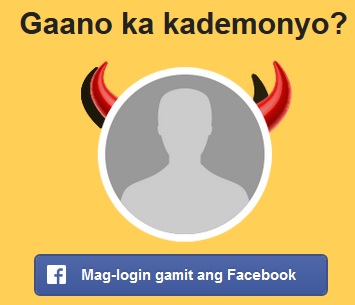 Sound Bites
“I long for the day when the LGBT community no longer has to live in fear of discrimination and hate crimes.”
~Sen. Miriam Defensor-Santiago (She turned 71 on June 15. Happy birthday Senator!)

“Love makes us strong. Love gives us the courage to act. Love gives us hope that change is possible. Love allows us to change the script. So love your country. Love your family. Love the families and the victims and the people of Orlando, but let’s remember that love is a verb. And to love means to do something.”
~Stephen Colbert on the Orlando club massacre