Geez, Geese!
A US Airways jetliner crashed into New York’s Hudson River after a collision with a flock of birds. Sought for a reaction, outgoing US President George W. Bush said he knew that Al Qaeda had been training geese as a weapon of mass destruction.

War on Drugs
Remember my previous post about President Arroyo appointing herself as the government’s anti-drug czar? She said the fight against illegal drugs would be waged from three fronts: law enforcement, judicial action and policymaking. Of course, her job against drug traffickers and drug dealers would be a lot easier… if she starts with the abolition of the DOJ.

Can you believe it? Justice Sec. Raul Gonzales had said that Major Ferdinand Marcelino’s (yeah, that honest witness) participation in the operations of the Philippine Drug Enforcement Agency was “unconstitutional.” Ladies and gentlemen, meet the new lawyer for the Alabang Boys!

Senate’s Biggest Spenders
According to the Commission on Audit, senators Bong Revilla, Jinggoy Estrada, and Lito Lapid were among the Senate’s three biggest spenders for the year 2007. The actors spent nearly 47 million pesos that year! But you know what’s more surprising about the COA report? Revilla, Jinggoy, and Lapid were senators! Yeah they are. Amazing!

Now hear this. Detained senator Antonio Trillanes spent more than 8 million pesos in six months alone. If you double that amount to simulate a 12-month service, the Oakwood mutineer would be spending more than 16 million pesos making him the biggest spending legislator in the Senate ever. And he’s not even an actor!

The Commission on Audit reported that Sen. Manny Villar is one of thriftiest senators in 2007. Senators Panfilo Lacson and Jamby Madrigal refused to believe the ranking and instructed COA auditors to verify its report just to make sure there was no double entry under the name “Manuel Villar.”

Senator Joker Arroyo is the most frugal member of the Senate. He is also proud of his perfect attendance as a lawmaker for 17 straight years… to which Sen. Lito Lapid said,”Wala ‘yan! Bakit? Kaya ba niya ang five straight years na laging tulog sa session?”

Leviste Guilty
Former Batangas governor Jose Antonio Leviste has been sentenced to 12 years in prison for shooting dead his long-time aide. When his ex-wife Loren Legarda heard the news, she said, “Tama ang manghuhula! This is my year!”

After his sentencing, former Batangas governor Tony Leviste told the media, “I am innocent.” That was the exact same line uttered by Loren Legarda when her marriage to Leviste collapsed.

De La Paz’ Golf Shares
Businessman Delfin de la Paz is selling his shares at the Valley Golf and Country Club following his expulsion. Prospective buyers must have knowledge of karate, aikido, or any form of self-defense.

Funny. One respondent even answered: Niñez Cacho-Olivarez of the Daily Tribune. Another, Willie Revillame.

We have a new survey. Vote now! 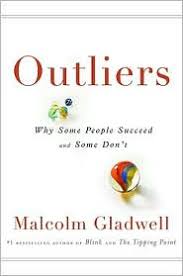 Personal
Thanks to everyone who sent their greetings. One of my birthday wishes has also been granted: Malcolm Gladwell’s Outliers. Have a great weekend!

Top 15 Predicted Scandals and Controversies of 2009 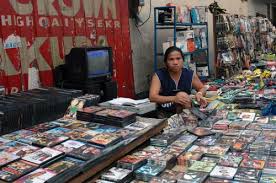 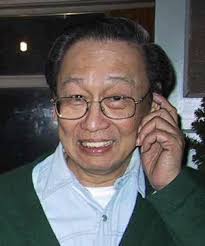 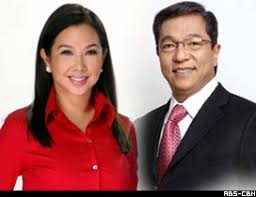 8: Sen. Mar Roxas denounces favoritism and censorship as he is barred from speaking by fellow opposition leaders in 2009’s biggest anti-Charter Change rally in Makati City 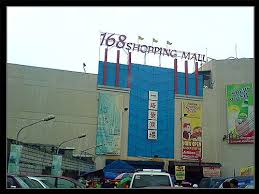 7: Recession finally hits home as Divisoria’s 168 and Tutuban malls shut down operations due to poor sales

5: Abused by their employer, two Filipina maids in Pasig City seek help from Sen. Manuel Villar but the senator declines as the identity of the employer is revealed: Princess Revilla.

4: Justice Sec. Raul Gonzales Sr. is diagnosed with advanced Alzheimer’s but refuses to step down. To keep his post, he threatens to fight all the way up to the Supreme Court, and tells his detractors to just “jump into Pasig River.” 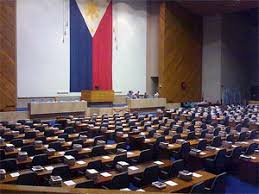 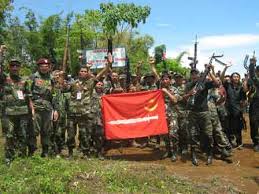 GMA vs. The Lopezes

Malacañang’s allies in Congress, Sen. Miriam Defensor-Santiago and Cong. Mikey Arroyo are out to draw first blood on the Lopez-owned Manila Electric Co. as they initiate a joint congressional probe on Meralco’s high power rates. The Lopezes are unfazed though. If GMA has Miriam and Mikey, Meralco has DZMM and ANC.

Businessman Jose “Joey” de Venecia III said the cause of the country’s rice crisis can be described in one word – corruption. I am offering an alternative description in three letters – JDV.

Months after testifying on the ZTE broadband scandal, losing bidder Joey De Venecia III told the media that threats on his life continue. He didn’t give a reason though why the public should give a damn.

Manila Archbishop Gaudencio Cardinal Rosales discourages homosexuals from joining the Santacruzan… totally ignoring the fact that without gays , the Reyna Elenas, Reyna Emperatrizes and the sagalas would probably look like menopausal hermana mayores sans make up.

No Cams, Phones in ORs

The Commission on Higher Education has banned medical students from using video cameras, mobile phones with camera features and other similar equipment while attending clinical classes and conducting surgeries. But if medical students have attending physicians like those docs at the Vicente Memorial Medical Center in Cebu, why fear a CHEd memo?

Piolo and Sam to DOJ

Claiming that entertainment columnist Lolit Solis has been bragging that she’s “close” to some DOJ prosecutors, rumored sweethearts Piolo Pascual and Sam Milby went to Justice Sec. Raul Gonzales’s office and sought assurances that the libel case they had filed against Solis would be handled fairly. Secretary Gonzales assured Piolo and Sam that the DOJ is impartial and fair – especially to gay people.

On A Serious Note

Unimpeachable sources say showbiz celeb F is dying. Celeb F went abroad recently for a check up but Celeb F’s American doctors were honest to say that therapy or any other form of medication is useless at this point in time. Celeb F decided to return home. Close friends quoted Celeb F as saying, “Ayokong sa US pa ako abutan.”

The NBA’s best player for the past four years has finally won a well-deserved MVP trophy. Yehey! Next up for Kobe Bryant, another NBA title!