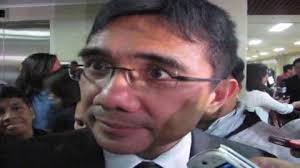 BREAKING:
Lead prosecutor Niel Tupas says the prosecution panel in the Corona impeachment trial has decided to terminate its presentation of evidence. But Tupas categorically denied rumors the decision was due to the panel’s low threshold for mockery.

The prosecution panel will no longer present evidence for Articles 1,4,5,6 and 8 – otherwise known as the ‘weakest allegations.’

Lead prosecutor Niel Tupas announced they would present evidence to three Articles of Impeachment only. That’s 3 out of 8 or 37.5 percent. In school, that’s an F.

After 25 days of trial, the prosecution panel has decided to terminate its presentation of evidence. And the defense panel was like, “Pucha naman, bakit biglaan? Ngangaragin n’yo kami eh.”

The prosecution will no longer present evidence. It’s Cuevas and company’s turn. Or as today’s youth would say, DoTA: Defense of the Ancients.

ACCORDING TO PRESIDENT AQUINO, his parents told him that horses were ‘created by God.” So when a teacher asked him to “make a horse” out of a three-piece puzzle during his kindergarten entrance test, he refused. He flunked the test. And was unanimously voted “Most Likely to Preserve Stubbornness ‘Til He’s 60.”

As a little boy, President Aquino believed his parents when they told him that only God can make a horse. So when he was instructed to create one using a three-piece puzzle during his kindergarten entrance test, he refused. To be fair to him, he was able to create a luxury car instead.

President Aquino flunked his kindergarten entrance test for refusing to create a horse using a three-piece puzzle. He insisted that “only God can make a horse.” Or as his fellow examinees would say, “palusot.”

In a related news, kindergarten is now mandatory in public schools starting June 2012. Parents are strongly advised to prepare their young children for school by telling them that not only God can make horses.

Fast forward to 2012, President Aquino was told that his dear friend, Pagcor Chair Bong Naguiat received bribes from a gambling tycoon. The president refused to believe it saying only the Arroyos and his political foes are capable of doing that.

Naguiat Cleared
A week after Malacañang cleared him of impropriety following reports he accepted perks from a gambling tycoon, embattled Pagcor chairman Cristino ‘Bong’ Naguiat was cleared by the House of Representatives. Another win for Naguiat!

INC Gathering
The influential religious sect Iglesia Ni Cristo will gather its flock Tuesday in what organizers described as a “Grand Evangelical Mission” or as political observers would say, “show of force.” 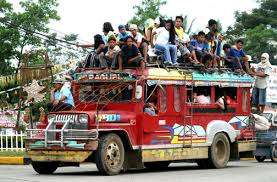 In Entertainment
Martin Scorese’s ‘HUGO’ won five Oscars matching the haul of Best Picture winner ‘The Artist.’ It’s safe to say that ‘HUGO’ is a VICTOR.

Michel Hazanavicius wins Best Director for ‘The Artist.’ He outScoredsese.

‘The Descendants’ wins for Adapted Screenplay. At home, Pax and Maddox Jolie-Pitt were like, “That category sounds like us.”

Woody Allen wins for Best Original Screenplay for ‘Midnight in Paris.’ Coming in close second in the voting was Congressman Rey Umali.

Jean Dujardin wins Best Actor for ‘The Artist’ – to the utter disappointment of E.R. Ejercito who blamed Kris Aquino for openly campaigning for the French actor.

African-American Octavia Spencer won Best Supporting Actress for ‘The Help.’ Had her co-actress Viola Davis won Best Actress for the same movie, it would have been a Black-to-Black victory.

This just in: Best Actress nominee Glenn Close has denied reports she will seek damages from the Academy after her loss. 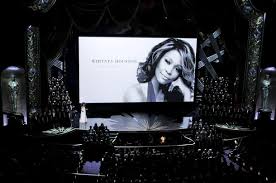 One of my favorite segments in the Oscars telecast is “In Memoriam” where they remember the departed. Yesterday, the Academy paid tribute to the likes of Whitney Houston, Elizabeth Taylor, Steve Jobs, and Charlie Sheen’s career.

Quotes of the Day
“Ang dami ninyong komentaryo sa senator-judges, kung mag-komentaryo kaya kami sa trial at sa inyong competence? In fact, about your mental sanity aber, gusto ninyo? I have evidence against a certain congressman when he testified here. ‘Wag ninyo akong pilitin, I can prove that he is lying under oath, be careful.”
~Sen. Miriam Defensor-Santiago scolding anew the prosecution panel

“You’re only two years older than me darling, where have you been all my life?”
~ 82-year-old actor Christopher Plummer to the Oscar statuette after winning Best Supporting Actor for the film ‘Beginners’ – his first Oscar win

Personal
Congratulations to the Western selection for winning the 2012 NBA All Stars. The Lakers’ Kobe Bryant also made history when he surpassed Michael Jordan’s All Stars scoring record. Woohoo!

Stay safe. Have a wonderful day!