NATURE has unleashed one of the strongest typhoons this year: Ruby (international name: Hagupit). Again, somebody must tell Mother Nature to stop sending disasters that cause widespread destruction. Many of our politicians and incompetent government officials are already doing that.

Typhoon Ruby was initially categorized as a super typhoon. People got so scared. Millions had to leave their homes. Even PNP Chief Allan Purisima was seen packing up his things.

While Tyhoon Ruby was pounding Eastern Visayas, a pregnant woman gave birth to a bouncing baby girl at an evacuation center. The proud mother named her baby after the typhoon. Equally proud is the baby’s father, Lindol.

Korina, Again
News anchor Korina Sanchez got flak for making a joke about the typhoon on TV Patrol last week. During the anchors’ banter segment, Ate Koring said she was hoping typhoon Ruby would hit Japan instead of the Philippines since the Japanese were better prepared for it. Angry netizens lashed back at Korina for being “insensitive.” Her husband, DILG Sec. Mar Roxas wasn’t spared by detractors as well. Liberal Party stalwarts hope critics would just hit Korina instead of Mar because she’s better prepared for it. 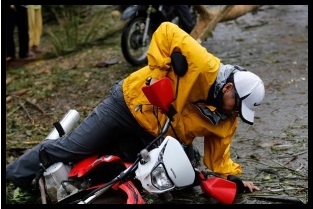 Mar Falls Down
While inspecting typhoon-hit areas in Samar on a motorcycle, DILG Secretary Mar Roxas lost his balance and fell down from the motor vehicle. Roxas was unscathed after the fall but started to worry when he saw the motorcycle’s plate number: MR 2016.

Luckily, Mar Roxas wasn’t hurt. But the DILG chief admitted he was surprised by the unexpected fall. He thought it was 2010 all over again.

Inspired?
According to Rappler, President Aquino “seems smitten” with a pretty flight attendant. The President used to date sexy stars and news personalities. Now, he’s into a flight stewardess. He’s definitely taking things to another level.

Rappler says President Aquino seems smitten with a flight stewardess. Close friends of the girl are advising her to buckle up for a bumpy ride.

Plans
At the 28th Annual Bulong-Pulungan Christmas party held recently, President Aquino said he would not seek another elective post after 2016. Instead, he’s thinking of writing a book. It’s not true though that he plans to call it ‘Diary ng Panget Too’ or ‘56 Years of Solitude.’ But he might consider ‘Eat, Pray, Smoke.’ Let’s wait.

Eaten Alive?
Naturalist and wildlife filmmaker Paul Rosolie who announced that he’d let an anaconda ingest him alive before TV cameras disappointed his viewers when he abandoned his mission. He did manage to have his body constricted by the snake but when its jaws began to wrap around his helmet, he decided to back off. Paul Rosolie’s decision angered the public – but was praised by Toby Tiangco, Jonvic Remulla, and JV Bautista.

Widely promoted as a TV show in which a man will be eaten alive by an anaconda, Paul Rosolie’s 2-hour special on Discovery Channel angered viewers when no actual swallowing took place. Instead, he was just shown fighting off the snake – which is very ordinary. Filipinos fight off crocodiles everyday.

More Successful
According to a Harvard Kennedy School of Government study, left-handed people earn less than right-handed people. Unless your name is Manny Pacquiao. 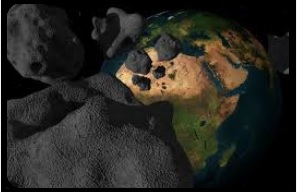 Asteroid Attack
A Russian scientist reportedly discovered a mountain-sized asteroid that could crash to Earth during its three-year orbital cycle. Korina Sanchez is confident Japan can handle that.

New Words
Last week, new words like ‘man crush,’ ‘duck face,’ ‘hawt,’ and ‘xlnt’ (excellent) were added to the Oxford English Dictionary. And today’s teenagers were like, “What’s a dictionary?”
————————————————————————————-
“Living things have been doing just that for a long, long time. Through every kind of disaster and setback and catastrophe. We are survivors.”
~ Robert Fulghum