Marginalized?
Have you heard the news? Mikey Arroyo is running for Congress again. He is the first nominee of “Ang Galing Pinoy,” a party-list group that claims to represent security guards! You know what their campaign slogan is? “Para sa national security… No ID, No Entry!”

Energy Sec. Angelo Reyes is also seeking a Congressional seat. Reports say Reyes is a nominee of the party-list group 1-UTAK, a coalition of jeepney drivers and operators. Reyes representing jeepney drivers is not surprising though considering that he has gotten used to accepting jobs he absolutely knows nothing about.

El Shaddai leader Bro. Mike Velarde is reportedly running for a Congressional seat via the party-list elections. He is a nominee of the pro-life group Buhay. Personally though, I think Velarde would do better as BIR Commissioner. He’s really good at collecting revenues.

Reports say Bro. Mike Velarde decided to be one of Buhay’s nominees because of the government’s distribution of condoms. If that’s his only reason, he should have just sought the chairmanship of the CBCP instead!

Can you believe it? El Shaddai leader Bro. Mike Velarde is running for Congress too! His supporters believe he’ll make a good “Speaker.”

Top 5 Things You Wouldn’t Want to Happen if Bro. Mike Velarde Becomes the Next House Speaker

No. 5: The House of Representatives will celebrate its founding anniversary in Luneta.

No. 4: As an icebreaker during marathon sessions, he’ll ask congressmen to stand up and sing “Alive, alive, alive forevermore…”

No. 3: Before and after each session, collection baskets will be passed around.

No. 2: The official House uniform will be “anything checkered.”

And the No.1 thing you wouldn’t want to happen if Mike Velarde becomes House Speaker…

During a vote, he’ll ask his fellow congressmen, “Those who are in favor… say Amen!”

Marginalized, Too?
Dermatologist Manny Calayan is also running for Congress. He is a nominee of the party-list group Alyansa ng Media at Showbiz. Critics believe though that a Calayan victory will further deteriorate the quality of House members. Lalong dadami ang “plastic.”

CBCP and a Revolution
Caloocan Bishop Deogracias Iňiguez Jr. was quoted to have said that members of the Catholic Bishops’ Conference of the Philippines would join a revolt in the event of a failure of elections. Skeptics doubt though the ability of bishops to win a revolution since they couldn’t even score a victory against Health Sec. Esperanza Cabral.

Gordon On Video
Presidential bet Richard Gordon who once declared, “I don’t need celebrity endorsers,” has appeared on a music video on YouTube with his celebrity endorsers, Moymoy Palaboy. Gordon even danced on that video. When Manny Villar saw Gordon’s video, he asked him to perform live at a Nacionalista Party rally for a fee.

Have you seen the latest Moymoy Palaboy video featuring presidential bet Richard Gordon? They were so lovably cute I thought I was watching the Oompa-Loompas.

Photo of the Weak:
Ganito Kami sa Makati
Outgoing Makati City Rep. Teddyboy Locsin will be succeeded by his wife Louie, if she’d be lucky in the coming elections.

Loren Legarda who obtained a rating of 12 percent last February slid to sixth place in May with only 7 percent. Alarmed by the huge drop in her rating, Loren is now searching for a man who’s willing to propose marriage to her… on “Eat Bulaga.”

The latest survey showed that El Shaddai leader Bro. Mike Velarde got 0.4 percent; Jesus Is Lord founder Eddie Villanueva got 0.3 percent; MMDA Chairman Bayani Fernando got 0.3 percent, and Father Ed Panlilio got 0.2 percent. Fernando is so proud of his rating mainly because he feels like a servant of God.

The latest Pulse Asia survey showed that the battle for president in 2010 remains very tight. The only thing tighter is Vicki Belo’s face.

In the latest SWS survey conducted between April 16 and May 6, 2009, Sen. Mar Roxas posted a rating of 9 percent or four percent lower than his Pulse Asia score. Therefore I conclude, more Pulse Asia respondents watch Wowowee than their SWS counterparts.

The Senate & the Opening of Classes
June 1, Monday marked the opening of classes. Everybody went to serious work immediately. The most serious of them all was teacher Jamby! She began Day 1 with a PowerPoint presentation.

And did you see how pupils observed proper hygiene to combat the possible spread of viruses? Everyone was so serious about it. To give you an idea how serious they were, a certain Manny Villar was absent, and yet, mabilis pa sa alas-kwatrong naghugas ng kamay.

_____________
“It does no harm just once in a while to acknowledge that the whole country isn’t in flames, that there are people in the country besides politicians, entertainers, and criminals.”
~Charles Kuralt

Joey’s Threat
After the junking of the impeachment complaint he filed against President Arroyo, businessman Jose “Joey” De Venecia III sent a warning to the congressmen who voted against the impeachment: “You may have won this battle, but the war is far from over.” He then instructed his secretary to prepare the draft… of his biography.

Joey’s Threat II
Jose “Joey” De Venecia III sent another warning to all congressmen who voted against the impeachment case. He said, “Look into the horizon and you will see a tidal wave of people angered by the abuses of this administration. Beware, lest that tidal wave turn into a tsunami that will swamp you all.” Now, isn’t that stupid? Talking about “waves” and “tsunamis” while addressing a float of crocodiles?

Velarde’s Threat Too
El Shaddai leader Mike Velarde threatened to mobilize a million of his followers in street protests if President Arroyo’s allies insist on amending the constitution. Malacañang was a bit shaken by the threat. While high-ranking palace officials knew the government is good at making fools of Filipinos, Mike Velarde does it better.

The Senate sergeant-at-arms rearrested former agriculture undersecretary Jocelyn “Jocjoc” Bolante for contempt. The arrest warrant was served at the office of Bolante’s lawyers in Makati City. It took several minutes before Jocjoc faced the arresting officers… mainly because his lawyers couldn’t agree on what body part he should clutch this time: his head or his stomach.

Jocjoc Rearrested II
In a statement following his arrest, Jocjoc Bolante pointed out that he was still under detention by virtue of an arrest order issued by the 13th Congress. But with the new arrest order, Bolante said, “I am now on double arrest.” His lawyers are verifying reports Sen. Manuel Villar had something to do with it.

Actor Remarries
Actor Raymond Bagatsing, the estranged husband of Lara Fabregas, remarried in the United States. He wed a 60-year-old woman named Cora Pastrana. When Hayden Kho saw the photos of the newly weds on TV, he fainted. For a second, he thought he saw his future.

BEFORE HE TOOK his last breath, Theodore Roosevelt uttered, “Put out the light.” George Bernard Shaw murmured, “I want to sleep.” And shortly before his fatal car crash, James Dean was quoted to have said, “My fun days are over.” Locally, how could showbiz writers forget the infamous suicide note of ‘80s bold star Stella Strada? Her final words? “This is a crazy planets!” Here’s an updated version of my blog post last year titled…

3: Jocjoc Bolante: “I am prepared to face death… in the proper forum.”

2: Cong. Jose De Venecia: “I swear! This is it na talaga! I’m now ready to tell the truth no matter who gets hurt! May oras pa ba?” (And then he dies)

And the No. 1 last words and deathbed statement of local celebrities…

1: President Arroyo: (in her deathbed, when doctors asked how she felt) “My respiratory fundamentals are very strong. I have become more resilient amid the global health crisis. I will survive this.”

Senate Anomaly?
An obviously scared Panfilo Lacson excluded El Shaddai leader Mike Velarde in his privilege speech on the alleged budget insertions last Monday. But Jamby Madrigal says she is filing a resolution calling for another Senate probe on the matter and assured that Velarde will be investigated. This has just confirmed rumors Jamby’s got more balls than Ping. 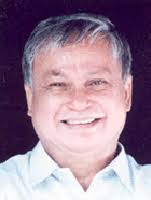 Sen. Joker Arroyo, a close friend of Senate President Villar, vowed to block any move that will lead to the investigation of the scandal… to which Sen. Mar Roxas said, “’Di bale, bahala na si Korina at ang DZMM d’yan!”

Watching from the sidelines, former senator John Osmeña said he misses Senate debates so much, “especially these days when they’re talking about something I am so fond of and particular with. You know, insertions.”

From Girl to Boy
For proving that her body is manifesting natural occurring male characteristics, a 27-year-old woman named Jennifer was allowed by the Supreme Court to change her gender entries in her birth certificate as well as her name. She is now adopting the name Jamby.

Despite a recent legal setback, NBN-ZTE scandal star witness Jun Lozada vows to “continue with the fight.” Unfortunately though, he’ll be alone in the fight this time because his fans, the La Salle Brothers will be busy watching another fight – Ateneo vs. La Salle.

Gabby Concepcion vs. Mommy Rose
Actor Gabby Concepcion wants to pre-terminate his five-year contract with talent manager Rose Flaminiano saying he doesn’t really know her that well – the same defense he gave when he terminated his four previous marriages.

Overseas…
A man was arrested in the Nigerian capital of Abuja for allegedly breaking the law when he married 86 women and fathered more than a hundred children. The man vows to defend his case and if acquitted, plans to immigrate to Manila and run for president.

Lacson vs. Mike Arroyo
Sen. Panfilo Lacson says he is holding back from dropping another bombshell on First Gentleman Mike Arroyo because, as a Christian he is concerned about its effects on Arroyo’s health. I wonder what Lacson’s religion was when the Kuratong Baleleng rubout incident took place.

El Shaddai Anniversary
Mike Velarde’s El Shaddai Movement is celebrating its 24th anniversary this weekend. In case you wanted to know who’s running or who’s not in 2010, drop by the celebration at the Quirino Grandstand.

Beijing Olympics I
Beijing Olympic organizers admitted that portions of the Beijing Olympic ceremonies last Friday, August 8 were faked. While the opening of the Olympics was being held, Vicki Belo was joined by dozens of Belo endorsers in celebrating the clinic’s 18th anniversary at the Shangri-La Hotel. It wasn’t immediately known which of the two events featured more fakes.

Beijing Olympic organizers admitted that portions of the Beijing Olympic ceremonies were faked. Even the voice of the cute little girl who sang China’s patriotic song wasn’t really hers. Geographers are checking on rumors the ongoing Olympic Games are actually being held in the Spratlys.

THIS JUST IN…
Following the loss of the much-heralded Pinoy boxer Harry Tañamor to a lightly-regarded pug from Ghana, the Philippine Olympic Committee is inclined to believe reports the man who fought against the Ghanaian was not Tañamor.

Beijing Olympics organizers admitted faking portions of the opening ceremonies… a revelation that hardly surprised Quiapo vendors who were already selling pirated copies of the Olympics opening a day before it actually opened.