1930: Pluto, the ninth planet in the solar system is discovered by American astronomer Clyde Tombaugh. Seventy-six years later (2006), the International Astronomical Union would declare that Pluto wasn’t a planet, and that Tombaugh wasn’t an astronomer.

1965: Cosmonaut Aleksei Leonov becomes the first person to walk in space… with Congressmen Ronald Singson and Jules Ledesma, coming in at second and third place, respectively

1989: A 4,400-year-old mummy is discovered at the Pyramid of Cheops in Egypt. The mummy was Fidel Ramos’ classmate in grade school.

No. 15: “Let us observe a minute of silence in memory of the King of Pop, Michael Jackson.”

No. 14: “To officially open this momentous event, please welcome… the members of the Congressional Spouses Foundation interpreting the Academy Award-winning song Jai-Ho!”

No. 11: “After my speech, you may proceed to the Iglesia Ni Cristo anniversary party for your free dinner.”

No. 9: “This will be very short. Why, do you really expect me to accomplish that much in such a short period of time? Hello!”

No. 7: (Starts singing) “I dreamed a dream in time gone by/When hope was high and life, worth living/I dreamed that love would never die/I dreamed that God would be forgiving

No. 5: “Thank you so much to our major sponsors this afternoon: Pfizer, GlaxoSmithKline, Johnson & Johnson, Bristol-Myers Squibb, Novartis, and Abbott Laboratories.”

No. 2: “I would like to dedicate my last State of the Nation Address to the most caring and hardworking people I’ve ever met – my constituents at the 2nd congressional district of Pampanga! Mañampukaki ing lugud mi kekayu!

And the No. 1 rejected State of the Nation Address opening line…

“Ladies & gentlemen, good afternoon. This will be my last State of the Nation Address…
as of press time.”
__________
“Political speeches are like steer horns. A point here, a point there, and a lot of bull in between.” ~Alfred E. Neuman

Elsewhere…
Entertainment editor Ricky Lo wrote in his column today:
“The TV newcaster-lovers are now living happily ever after in a posh condo unit they have recently moved into. He is separated from his wife and so is she (from her artist-husband). They are open with their relationship, so it’s safe to say that they, including their “exes,” are into a live-and-let-live kind of set-up. The female newscaster needs some TLC (Tender Loving Care) after the harrowing experience she has gone through. Yes, indeed, love is more comfortable the second time you fall.”
~ I am sure Tito Ricky was referring to Ces Drilon (her ex: painter Rock Drilon). But who’s Ces’ new flame? Okay, okay… here are some clues:
1: Think of a soda brand
2: “Reverse restroom”
3: Re-read my comment on this item. The identity’s “just there.”

Manila Standard Today columnist Victor Agustin wrote about the financial woes of a former member of the Estrada cabinet.

The National Security Adviser, the Chief Justice and a “transition government.” Here’s a juicy item courtesy of Newsbreak Online

Kobe and the Lakers as well as Phil Jackson won trophies at the ESPY (Excellence in Sports Performance Yearly) Awards given by sports network ESPN. Manny Pacquiao was also hailed the Best Fighter. See complete list of winners here.

In case you wanted to see Kobe in the flesh, check out the details of his upcoming Asia Tour. The Black Mamba will be here on Tuesday, July 21. 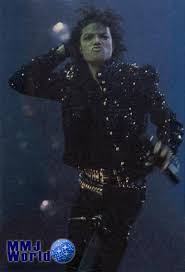 Us Weekly posted a never-before-released video of Michael Jackson’s horrifying Pepsi commercial shoot in 1984. The King of Pop was literally on fire. Watch the video here.

And finally, the 61st Emmy nominations have been announced! See who made the cut in the major categories.

GMA’s Boob Job
Malacañang said the breast augmentation procedure done on President Arroyo 20 years ago was “a medical necessity.” Doing it was healthy… for her marriage.

GMA’s Boob Job II
Latest reports say the National Bureau of Investigation is discreetly conducting a probe to identify the source of the leaked information on President Arroyo’s medical records at the Asian Hospital. Once identified, he or she will be offered to write a column for The Philippine Star.

Red Alert
The police and the military are on red alert following the spate of bombings in the nation’s southernmost areas. Meanwhile in Malacañang, the First Family has been on a heightened alert following a recent ‘explosion’ – on the president’s chest area.

No. 3: Free Health Trivia from Your Friends at Smart: “Breast cancer is the second most common type of cancer worldwide.”

And the No. 1 text message that really freaked out the president while in the hospital recently…

Non-working Holiday
The good news is… Malacañang has declared July 27 (Monday) a non-working holiday in celebration of the 95th founding anniversary of Iglesia ni Cristo. The bad news is… 10 percent will be deducted from your salary this month.

Non-working Holiday II
The good news is Malacañang has declared July 27 a non-working holiday in celebration of the founding anniversary of Iglesia ni Cristo. The bad news is, Ang Dating Daan‘s Ely Soriano is seeking a TRO against it.

Jackson Memorial
Some 17 thousand ticket holders, who won in the online lottery, flocked to Staples Center in Los Angeles for Michael Jackson’s memorial service. Rumors say a second memorial is being planned… but limited tickets will be raffled off only to boys under 14.

Something awkward happened when Michael Jackson’s casket was brought to the Staples Center for the memorial service. When his body arrived, thousands of fans started chanting… MVP! MVP!

Happy People
Filipinos are the 14th happiest people in the world. Last year, we ranked lower at 17th . But that was long before the Katrina-Hayden-Maricar videos came out!

Filipinos are the 14th happiest people in the world. Last year, we ranked lower at 17th. But that was long before Mar Roxas’ padyak ads came out.

Elsewhere…
Here’s the complete list of the world’s happiest people.

The subject of Michael Jackson’s obsession when he was 21 years old surfaces.

_________
“Those who are enslaved to their sects are not merely devoid of all sound knowledge, but they will never even stop to learn.”
~Anonymous

Zelaya and Arroyo
Leftist Honduran President Manuel Zelaya, who wanted to extend his term beyond January 2010, was recently ousted in a military coup. Asked if the news alarmed her, President Arroyo replied, “Bakit?!? Leftisht ba ‘ko?”

Did you hear the news about the Honduran president who wanted to extend his term beyond 2010 but was ousted in a military coup instead? Here’s a piece of trivia about him: he is not an adopted member of the Honduran Army chief’s military class.

Poll Automation
Heard about the consortium that won the Commission on Election’s poll automation contract? Barbados-based Smartmatic and its Filipino partner Total Information Management Corp. vowed to do quick counting of votes in 2010. Fast, speedy, rapid, swift counting of votes. In 48 hours, it’ll be over. They’re that quick! And to further give you an idea how fast this group works, they have already dissolved the consortium even before the polls could take place!

Comelec Chief Jose Melo is confident Smartmatic and Total Information Management Corp. will set aside their “irreconcilable differences” and reunite for next year’s poll automation. Melo advised the two firms to try what he called “marriage of convenience.” You know, the same thing that will soon unite Mar and Korina.

Iran Polls
The unrest in Iran continues. Protesters want a re-election and not just a recount of votes amid cheating allegations. Yup, a re-election! You know who’s challenging the unpopular Mahmoud Ahmadinejad? Randy David! 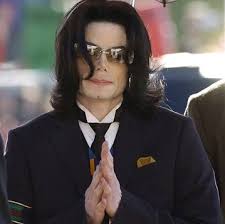 Michael Jackson’s Wealth
According to the Wall Street Journal, a 2002 will by Michael Jackson specifies that his estate will be divided among his mother, three children and one or more charities. This early though, the King of Pop’s family is bracing for a court battle… as Jamby Madrigal files a case contesting her being disinherited from the late singer’s estate.

Belo and Kho
According to lawyer Lorna Kapunan, “the old Hayden Kho is dead” and the new Hayden “is trying to be better.” In fact, Hayden swore he would never record his sexual trysts with different women again. He’ll just let a videographer do it for him!

Belo and Kho II
Almost two weeks after sexy actress Katrina Halili filed separate complaints seeking to revoke the professional and business licenses of Hayden Kho, and Vicki Belo’s clinic respectively, the grapevine is ripe with rumors that Hayden is still in a state of shock… while Belo is in a state of decomposition.

__________
“The only way to deal with an unfree world is to become so absolutely free that your very existence is an act of rebellion.”
~Albert Camus

Newsbreak asks… will the administration go for Noli or for Gibo in 2010?

Michael Jackson, 50
It’s confirmed: Michael Jackson is in heaven. But angels are keeping a close eye on him because he has become strangely too chummy – with cherubs.

The world famous dancing Cebu inmates paid tribute to Michael Jackson by singing and dancing to four of his hits. Not to be upstaged, controversial cougar Vicki Belo has also paid tribute to the “king of pop” – by replacing her current face with a fourth one.

Arroyo’s Travels
Between 2001 and 2009, President Arroyo reportedly made 50 foreign trips. Yup, 50 trips abroad in nine years! But that’s nothing compared to what she’s accomplished this year alone: 51 trips to Pampanga!

PCGG’s Sabio
Official records show that Camilo Sabio, the controversial chairman of the Presidential Commission on Good Government has traveled abroad at least 18 times in the last year and a half, or almost once every month. That makes him a perfect candidate for president.

Pampanga Politics II
Initial reports say there are three possible candidates for the gubernatorial post in Pampanga: Lilia Pineda, Lito Lapid and Mikey Arroyo. In another report dismissed as irrelevant by those three potential bets, 50% of Pampanga voters consider relocating to neighboring provinces.

________
“The curiosity of the neighbors about you, is a tribute to your individuality, and you should encourage it.”
~ Quentin Crisp

The King of Pop – Michael Jackson is dead at 50. As of 7am today, no one could confirm the cause of his death but sketchy reports reaching the Professional Heckler say he died of glutathione overdose.

A devastated Janet Jackson told the press: “She’s out of my life.”

Michael Jackson is dead. As of 7 am today, nobody could confirm the real cause of his passing but another sketchy report reaching the Professional Heckler says he died of prolonged embarrassment.

As of 7am today, the real cause of Michael Jackson’s death is still unknown. But that wouldn’t last long as the Philippine Senate and the House of Representatives embark on a joint probe of his death.

This just in! God has released a one-line statement confirming that Michael Jackson has already reached heaven. It says: “The girl is mine.”

Do come back here for more! 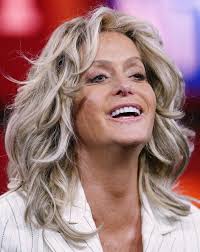 Pacquiao vs. DeLa Hoya
Reports say Manny Pacquiao and Oscar De La Hoya are scheduled to meet on December 6 for the 100 million dollar-welterweight fight. Both camps have agreed to push through with the eagerly-awaited bout which stands to benefit De La Hoya and Pacquiao… as well as GMA7 and Solar Sports.

According to talent manager Annabelle Rama, GMA7 senior vice president for entertainment Wilma Galvante is “a devil.” Galvante opted to ignore Rama’s potshot but made it clear that if provoked again, she might retaliate… with her pitchfork. 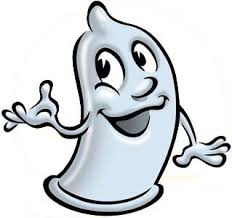 Cruz and Condom
Lingayen-Dagupan Archbishop Oscar Cruz said the use of condom is not 100 percent effective versus HIV. To prove his claim, he’s now gathering statistics on the number of HIV-positive sacristans. 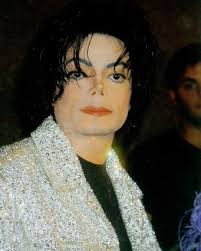 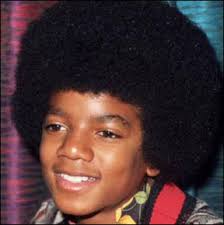 Michael Jackson who turned 50 years old on August 29 says he is very proud of his achievements… particularly, his uber-successful transformation from a cute, black American boy to a scary white American girl. 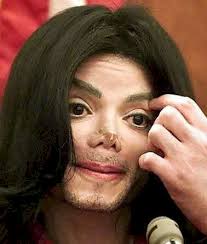 Check this out: The History of Michael Jackson’s Face