Sulpicio Lines filed Tuesday a civil case against Del Monte Philippines for its alleged failure to declare as toxic the chemical endosulfan that was loaded into the ill-fated MV Princess of the Stars. With separate cases against the Board of Marine Inquiry and PAGASA, Sulpicio Lines has now filed three different suits in less than a month. Sulpicio Lines owners refused to confirm rumors they’re shutting down their shipping business to start a law firm instead. 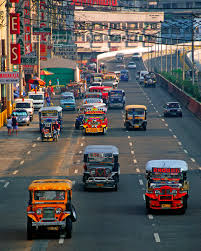 The National Economic and Development Authority has approved the LTFRB’s recommendation to increase fare rates for jeepneys, taxis, and buses. Fare rate hike is the “in” thing these days – except perhaps in Sulpicio Lines’ ticket offices.

5: Sulpicio Lines: Where the most prayerful passengers ride

3: A journey of a thousand miles begins with a single step: “Abandon ship!”

And the No. 1 suggested slogan rejected by Sulpicio Lines…

NBA superstar Gilbert Arenas who was recently in Manila for an Adidas promo tour was reportedly in awe of the UAAP cage wars especially after watching the Ateneo-La Salle game last Sunday. Arenas was in awe because players from both schools were “multiracial.”

Fresh from his European and South American trips, Pangasinan Rep. Jose De Venecia declared that he is now prepared to testify before the Senate on the ZTE-NBN deal controversy. Wait, sino nga ulit siya?

Seafoods Are Safe in Albay

Albay Governor Joey Salceda led some local officials in eating seafood to disprove rumors that marine life in Albay is contaminated following the onslaught of typhoon “Frank.” Albay folks remain skeptical though because, when they look at their governor, it’s really difficult to say whether he has consumed something contaminated or not.