PRESIDENTIAL ASPIRANT Manuel Roxas II seems to be pulling out all the stops to win the presidential derby in 2010. He rides a pedicab, publicly displays his fondness for a broadcaster, shouted invectives during a rally, proposed marriage on a noontime show, and wore a necklace of garlic on the Senate floor.

As National Historical Institute chair Ambeth Ocampo wrote in his Philippine Daily Inquirer column, “… the original Roxas, or even Gerry Roxas must be rolling in their graves with laughter.” He added, “There is a time and place for everything.”

But will Roxas listen to critics now that his antics seem to have been paying off? I mean, with a five percent-gain in a recent survey, who could stop him from resorting to even the most inane forms of gimmickry?

So what’s next for this diastemaic presidential wannabe? Nobody knows. But here goes…

5: He will deliver a privilege speech on gender sensitivity and gender equality. This time, he’ll wear a necklace of black pepper (paminta).

3: He will admit to having a sex video. (Not a single Filipino will buy this gimmick and the issue will just die down.)

2: He shall confess to being gay for several years… until he met Korina Sanchez. Together, they’ll re-appear on Wowowee where he will tell her: “Ikaw ang nagpatigil sa aking pagkabinabae.”

And the No. 1 most surprising publicity stunt of Mar Roxas…

1: To prove his concern for the health and wellness of the youth, he will drive a pedicab to La Salle and while inside the campus, he’ll scream: “Put*ng-i*aaaaaaa! Kung talagang matapang kang virus ka, harapin mo ako! Ako na lang ang saktan mo, huwag na ang mga estudyante!

Light Bites
Q: What is green, hot, 5ft.6 inches vertically, and 4 inches horizontally?
A: A flu-infected La Sallista with a thermometer in his mouth

Elsewhere…
French Open 2009 champ Roger Federer is attacked by a fan during his finals match against Swede Robin Soderling.

What has happened to the controversial AkoMismo campaign? Check out the group’s website. 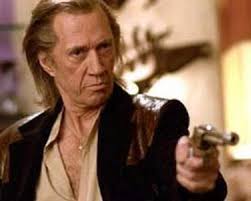 Killed Bill: David Carradine – Bizarre death for the septuagenarian actor
_________
“Know that the amount of criticism you receive may correlate somewhat to the amount of publicity you receive.”
~Donald Rumsfeld

Lacson Quits
Sen. Panfilo Lacson has quit the presidential race in 2010 because “waging a campaign is expensive.” The only thing more expensive is his battery of criminal lawyers.

Remember what Sen. Panfilo Lacson said last month? “I am 101 percent sure of running for president in 2010.” Now, do you remember what he said about the Dacer-Corbito twin murders?

No. 5:Hayden Kho: “Condemn the quitting, not the quitter.”

No. 3: Manny Villar: “For my reaction, let me refer you to Senators Pimentel and Cayetano.”

And the No. 1 initial reaction to Ping Lacson’s latest bombshell…

Quitters
Have you noticed the trend? Senate President Juan Ponce Enrile offered to quit as chair of the senate committee of the whole hearing the ethics complaint against Sen. Manny Villar. A week later, Cong. Jose De Venecia quit the Lakas party. Earlier this week, lawyer Adel Tamano quit as spokesman of the United Opposition and joined the Nacionalista Party. Sen. Panfilo Lacson quit the 2010 presidential race. Quitting has become the “in” thing these days… Jamby contemplates quitting marriage!

Tamano Now A Nacionalista
Lawyer Adel Tamano has quit as spokesman of the United Opposition and joined the Nacionalista Party. But there’s no confirmation yet to rumors that Tamano will replace Senators Pimentel and Cayetano as Manny Villar’s spokespersons.

Eddie Villanueva, Again!
Jesus Is Lord leader and presidential aspirant Bro. Eddie Villanueva vowed to mobilize five million(!) of his followers to create a “spiritual earthquake” to stop Con Ass. And we all thought Lito Lapid was funny. 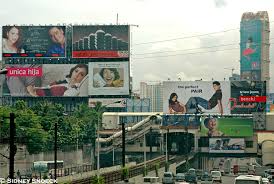 ABS-CBN Suspends TV Host
ABS-CBN suspended the talent contract of libel convict and TV/radio host Cristy Fermin following her explosive tirade against actress Nadia Montenegro which the network said violated the highest standards of professionalism and journalistic integrity. In another report dismissed as “unrelated” by Fermin herself, Kris Aquino has reportedly issued a statement saying, “God is really good and God knows how much I have missed The Buzz.”

ABS-CBN Suspends TV Host II
Libel convict Cristy Fermin has been suspended by ABS-CBN “for violating the highest standards of professionalism and journalistic integrity.” She’ll neither appear on “The Buzz” nor host her radio program on DZMM. Likewise, she’ll automatically be barred from entering the province of Rizal… unless the governor lifts the ban on the entry of Metro Manila garbage.

Dangerous Places
The International Federation of Journalists says Iraq is still the most dangerous place in the world for journalists followed by the African nation of Somalia. In close third was ABS-CBN.

Madonna-Guy Ritchie Divorce
British newspapers say Madonna and Guy Ritchie are splitting up. The rumor intensified when Madonna was spotted in Hong Kong with her make-up artist.

Madonna-Guy Ritchie Divorce II
British newspapers say Madonna and Guy Ritchie are splitting up. Local newspapers are not buying it though… unless Fanny Serrano issues a confirmation.

Top RP Universities
Overtaking the University of the Philippines System, Ateneo De Manila University topped the 2008 survey of Philippine universities conducted by The Times Higher Education-Quacquarelli Symonds (THE-QS). Perennnial frontrunner UP System doubted the survey saying it did not participate this year after THE-QS asked for an advertising fee of $49,000 or P2M pesos. Distant third placer De La Salle University also issued a statement on Ateneo’s feat. It blamed the referees.

__________
People pay for what they do, and still more, for what they have allowed themselves to become. And they pay for it simply: by the lives they lead.
– Edith Wharton 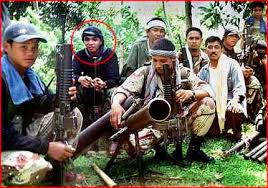