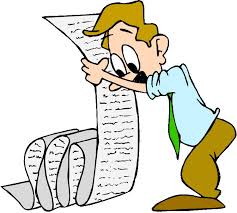 BONG REVILLA challenged Senate blue ribbon committee chairman TG Guingona to compel the DOJ to release the list of lawmakers allegedly implicated by Janet Napoles in the pork barrel scam. The action star said if the committee wouldn’t do that, Guingona should resign. In response, Guingona handed Revilla a dictionary and advised him to look up the meaning of the word ‘irony.’

Immunity
Socialite Ruby Tuason, who admitted pocketing millions of pesos from the pork barrel scam was granted immunity after she returned 40 million pesos to the government. Ruby was so happy, her face almost moved.

Ruby Tuason returned 40 million pesos to the government and was granted immunity. Asked to elaborate on her deal with the government, the socialite was tight-lipped… and tight-cheeked and tight-foreheaded.

Jinggoy Estrada is furious about this deal between the government and his Tita Ruby. Jinggoy says Tuason “will crumble in the cross-examination.” But the socialite is unfazed and unafraid. Analysts believe the battle will come down to whoever blinks first. Advantage: Ruby.

Napoles
Experts at the Ospital ng Makati say pork barrel queen Janet Lim-Napoles may now be discharged from the hospital following a successful surgery last month. But her personal doctors from St. Luke’s insist that she remain in the hospital because of her elevated sugar levels and blood pressure. “Sorry for the inconvenience. Your taxes are working for Napoles’s doctors.”

The Legal Wife
Voting 13-2, the Supreme Court en banc ruled that the legal wife has the rights to her husband’s remains even if he had been with another woman for 15 years. And Cristina Enrile was like, “I know, right?”

Disaster Alerts
The Senate has approved on third and final reading a bill that would require telecom companies to send disaster alerts. I think they’re already doing that. In fact, almost everyday, i get a text message that reads, “Want free ring tones? Send STOP if you blah blah blah.”

Appointed
Former senator Francis ‘Kiko’ Pangilinan has been appointed as presidential assistant for food security. There’s no truth to rumors that the post was initially offered to Sharon Cuneta.

Ferry Ride
Talk show host and actress Kris Aquino took a ride on the Pasig River ferry Monday. The presidential sister who was with MMDA Chairman Francis Tolentino enjoyed the experience. Reports say Kris had so much fun despite the garbage. It was like watching “My Little Bossings” all over again.

Kris Aquino took a ferry ride with MMDA Chairman Francis Tolentino Monday. Reports say the re-opening of the Pasig River ferry system was a success, attracting hundreds of commuters. Kris was impressed but she told Tolentino that the opening day of Bimby’s movie was still more successful.
————————————————————————————–
“An opinion should be the result of thought, not a substitute for it.”
~ Jef Mallett

Sound Bites
“You just have to trust me that I am not going to sanitize the list. Pangako ko ‘yan sa taong bayan na hindi ko gagawin ‘yan. I will do my mandate in a very responsible and prudent manner.”
~Justice Sec. Leila De Lima

Elsewhere
This if informative. For those voting in 2016: INFOGRAPHIC Biometric voter registration checklist