Major Ferdinand Marcelino, an anti-narcotics agent of the Philippine Drug Enforcement Agency confirmed that he was offered P3 million by a former classmate at the Philippine Military Academy in exchange for not filing a case against Richard Brodett, Joseph Tecson, and Jorge Joseph a.k.a. “Alabang Boys.” He also told the House committee on dangerous drugs that DOJ prosecutors who dismissed the case against the three might have been bribed. A number of people who heard Major Marcelino’s testimony described him as brave, credible, and dead.

Major Ferdinand Marcelino claimed that his PMA classmate offered him “tatlong manok” or P3 million pesos for the PDEA not to file a case against Brodett, Tecson, and Joseph but said that he turned down the offer. On December 2 however, a resolution, signed by Chief State Prosecutor Jovencito Zuño, ordered the release of the three suspects. I wonder how many chickens did Zuño receive during the Holiday Season.

Also revealed yesterday: Attorney Felisberto Verano, lawyer for the Alabang Boys was the one who prepared the order for the release of his three clients using the letterhead of the Department of Justice for the signature of the justice secretary two days before Christmas. Justice Sec. Raul Gonzales vehemently denied culpability and told his critics, “If you wouldn’t believe me, then eat live chicken and jump into a chicken coop!” 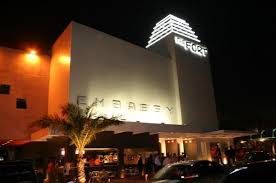 Report #1: Muntinlupa City Mayor Aldrin San Pedro appealed to the Philippine Drug Enforcement Agency (PDEA) and the media not to call Brodett, Tecson and Joseph “Alabang Boys” because the tag gives a negative impression on the Alabang community. Report #2: PDEA has confirmed that the three guys peddled drugs at the infamous Embassy Super Club co-owned by the equally infamous party animal Tim Yap at The Fort. Unconfirmed Report #3: Heeding the request of Mayor San Pedro, PDEA will now refer to the suspected Embassy suppliers as “drug envoys.”

Since the Philippine Star broke out the story on December 23, everybody has been talking about the “Alabang Boys” – suspected high-end drug dealers from the gated village of Alabang. They are so controversial some people now consider them as celebrities. In fact, one TV show is reportedly interested in having these alleged drug users/dealers as regular guests. Which show? Walaaaang Tulugan!

Of course, if there’s GMA 7, there’s ABS-CBN. According to rumors, the Kapamilya network has invited the so-called “Alabang Boys” to appear in the special narcotics episode of the show… “Deal or No Deal.”

Quote of the Weak

“My son is a social user but not an addict. It’s no big deal.”
~ Radio announcer Johnny Joseph a.k.a. Johnny Midnight father of Jorge Joseph, one of the “Alabang Boys”

(Note: Please answer our survey. It’s on the right side of your screen.)