Malacañang BEFORE Michael Christian Martinez skated at the Sochi Olympics:

MICHAEL CHRISTIAN Martinez became the first Filipino and Southeast Asian figure skater to participate in the Winter Olympics. Here and in Sochi, Michael has become everyone’s darling leaving Malacañang with no choice but to jump on the bandwagon.

Figure skating is a fascinating winter sport. I wanna see the likes of Tanda, Sexy, Pogi and Janet Napoles skate. I’m serious. But I wanna see them compete against Tonya Harding.

Some people are asking if all figure skaters were gay just because two or three of them really looked gay. That’s stereotyping. It’s like asking if all lawmakers pocketed pork barrel funds just because four or five of them did. Oh wait! Sorry, that’s a very weak analogy. I take it back.

Feb 14 in History
February 14 was the day Alexander Graham Bell’s telephone patent was granted. Also on February 14, Juan Ponce Enrile was born. Those were two events that happened exactly 138 years ago.

Senate Minority Leader Juan Ponce Enrile celebrated his 90th birthday last February 14. At 90, he’s being romantically-linked to younger women. In his defense, does he have a choice?

But of course, Senator Enrile has denied that he is dating. To be precise though, he’s carbon dating.

I am in awe of Senator Enrile’s longevity. He’s just a few years shy of being a centenarian. To give you an idea of how old he is, when he was born, the exchange rate was 1 is to 5. That’s 1 cattle for every 5 sheep.

TWD
One of my favorite TV shows is back. I’m referring to ‘The Walking Dead’ – Or as pork scam whistleblowers would say: Enrile.

In Greenville, North Carolina, police arrested a 27-year-old woman they accused of failing to return a VHS tape. Yes, you can be arrested for that. When Senator Enrile heard this, he immediately returned his overdue Betamax tapes.

Jinggoy, 51
Senator Enrile’s ally, Jinggoy Estrada turned 51 on February 17. According to reports, Enrile’s birthday wish is for Jinggoy to become president in the future. Well, the presidency is a big question. And an even bigger question is will Enrile make it there? I mean, in the ‘future.’

Senator Enrile’s birthday wish for Jinggoy? To become president in 2016. Which begs the question: What have we done to you Enrile? Why would you want to punish us?

Traffic
Metro motorists are advised to brace themselves for monstrous traffic jams as the construction of the Skyway Stage 3 project begins. We can do this people. If we survived our lawmakers, we can survive this traffic nightmare.

Some people say overly sensitive politicians may harass me by taking legal action against this blog. Again, this blog does not insult politicians. This blog merely describes them.
——————————————————————————–
“Sex at age 90 is like trying to shoot pool with a rope.”
~ George Burns

“Michael Christian Martinez looked all alone in that huge palace; there was no team to welcome him back to the stalls. Yet, as he sat back to listen to his scores being announced, his face broke into a wide grin and he held up his white jacket to show the name of the country he was representing: the Philippines. That little gesture spoke volumes. It didn’t matter that he won no medals. He was telling the world that his country exists—not just as the site of catastrophic disasters but as a pool of gifted and disciplined athletes.”
~Prof. Randy David, Michael’s triple axel, PDI 2/15/2014

BREAKING:
World leaders have spoken on the Cybercrime Prevention Act which takes effect starting Wednesday, October 3 in the Philippines. Here are their statements. 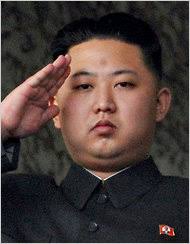 “I love very much the Philippine country begins  October 3! Your government are the goodest.”
~President Mahmoud Ahmadinejad, Tehran 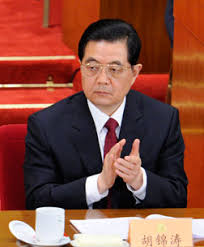 “I wanted visits to Manila very near date. Chinese citizen want to congratulate law maker. We was proudest for you!”
~Hu Jintao, Beijing

“No more Cory. Cory dead. No more Ninoy. Ninoy dead. I like this developements of the son. I love Philippine gov’t.”
~Senior General Than Shwe, Myanmar 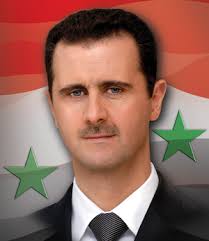 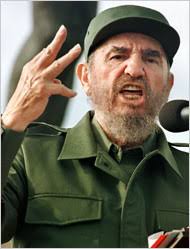 “Hola! To Philippinos, you love quietness! My people are quiet. They love me. They love quiet.”
~Fidel Castro, Havana 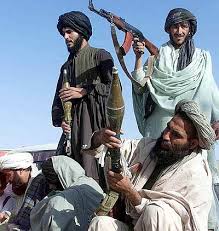 “Umayos kayo!”
~UN Secretary General Ban Ki-Moon
—————–
“The truth will set you free, but first it will piss you off.”
~Gloria Steinem

Word of the Lourd: Cybercrime Law

Enjoy the rest of the week. Freedom! Cybercrime Law
President Aquino has signed into law a bill that seeks to penalize cybercrimes including online defamation. Approved by the President last September 12, the measure is formally known as the Cybercrime Prevention Act of 2012. Or as Tito Sotto would call it, ”Nice!”

In the latest Pulse Asia survey, TESDA Director General Joel Villanueva was in 24th to 32nd spot. The survey had a margin of error of plus or minus 3 billboards.

Pulse Asia’s latest survey showed journalist Ramon Tulfo was in 17th to 23rd position. While Claudine Barretto was in an awkward position.

Satisfied
The latest SWS survey showed 82 percent of Filipinos were satisfied with the performance of Vice President Jejomar Binay. The rest were loyal radio listeners of Korina Sanchez.

Abusive Amo?
Couple Anna Liza and Reynaldo Marzan who were accused of maltreating their household help entered a plea of “not guilty.” To which, their flat iron said, “Wehh?”

Nicki Minaj, the youngest among the judges was a controversial choice. Reacting to criticisms, Minaj explained that her selection was God’s will and not because of politics.

UP Fight
The UP Fighting Maroons men’s basketball team won only once this season. Apparently, the Maroons thought that getting an uno was the target.
————————————
“Political truth is libel; religious truth, blasphemy.”
~ William Hazlitt

Quote of the Day
“If you cannot put yourself or your son… or if you are already graduating from the Senate and you wanted a position in the government, of course you have to do some favors for Malacañang.”
~Sen. Miriam Defensor-Santiago

If you missed your horoscope for the week, click here.