ABS-CBN’s Statement
Finally, ABS-CBN has issued a statement on the “Maalaala Mo Kaya” controversy and personally, I appreciate the network’s admission of its mistake. Part of the statement reads:

“Be that as it may, and after careful deliberation, MMK realizes that its writing and research pool may have been remiss in one thing—verifying with UPLB the veracity of the indicated facts of the letter sender. Having said that, MMK sincerely apologizes for the oversight.”

No. 2:
Title: “Cellphone”
Synopsis: A summa cum laude graduate from the Assumption College became the country’s second highest-ranking government official. One day, she received a “magical cellphone” from the devil. The devil said she could use the cellphone to call anyone she wanted in order to win a hotly-contested presidential election. It turned out to be true! When the high-ranking female government official phoned an election official, her lead automatically ballooned to one million votes. She won the elections. However, the excitement brought about by the victory proved to be detrimental to her mental health. She eventually lost her sanity and became a “babaeng grasa.”

And the No. 1 proposed plot for the next episode of “Maalaala Mo Kaya”…

Mancao To Tell All?
Former senior superintendent Cesar Mancao of the now defunct Presidential Anti-Organized Task Force (which was used to be headed by Panfilo Lacson) is reportedly coming home to reveal everything he knows about the Dacer-Corbito double murder case. Some people are worried though because Mancao is telling his story via ABS-CBN’s “Maalala Mo Kaya.”

Legacy Group
After testifying against Celso De Los Angeles, two former employees of the Legacy Group were not able to sleep for two nights. Yup, two nights. But that’s nothing compared to Panfilo Lacson who hasn’t slept for a week.

Jude’s Wife
According to tabloids, former presidential son Jude Estrada’s wife Rowena is pregnant. The Catholic Church is checking on the possibility that this could be the second case… only the second case of Immaculate Conception in the history of Christianity.

_________
“Research is formalized curiosity. It is poking and prying with a purpose.”
~Zora Neale Hurston

In a chance interview with GMA 7’s Joseph Morong outside the St. Luke’s Medical Center, First Gentleman Jose Miguel Arroyo categorically denied his alleged involvement in the World Bank-funded road projects controversy. The reporter tried to obtain more info from Attorney Arroyo but his doctors had to intervene because every time the First Gentleman talks, his blood pressure shoots up, his skin turns pale, and his nose grows a centimeter longer.

GMA News was able to interview First Gentleman Jose Miguel Arroyo on his alleged involvement in the World Bank road projects mess. Attorney Arroyo admitted that he knew Eduardo De Luna of the blacklisted E.C. Construction Corporation. When the reporter asked how much he knew the guy, he replied, “Five percent.”

According to his lawyer Ruy Rondain, he is not sure whether First Gentleman Jose Miguel Arroyo’s doctors would allow him to attend the Senate hearing, but explained that Attorney Arroyo could play golf “because this is not stressful” – unless of course he overtakes the Pangandamans in the fairway. 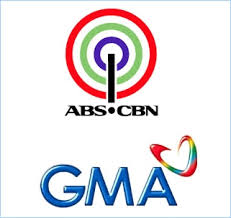 GMA News was able to interview First Gentleman Jose Miguel Arroyo outside the St. Luke’s Medical Center yesterday. With all the allegations being hurled against him, Attorney Arroyo admitted that he was angry… but not as angry as ABS-CBN News boss Maria Ressa who refused to accept her reporter’s excuse why GMA 7 outscooped them.

The Economy Is So Bad…
You’ve probably heard this. Electronics company Amkor Technology Inc. has laid off 1,500 workers from its two plants in Muntinlupa and Sta. Rosa. Also last week, Fujitsu Philippines confirmed it would lay off hundreds of workers from its disk manufacturing plants in Laguna and Batangas. The economy is so bad FedEx has closed its facility in Subic; Intel has closed its factory in Cavite, and Barack Obama has closed his doors on GMA.

The economy is so bad First Gentleman Mike Arroyo has agreed to lower his commission to 3 percent.

The economy is so bad newly-appointed Comelec commissioner Atty. Elias Yusoph cannot even buy a razor to shave.

The economy is so bad Celso De Los Angeles is now selling his soul to the devil just to settle his obligations.

The economy is so bad the devil declined due to bankruptcy.

The economy is so bad other DOJ prosecutors have started their own lending businesses.

The economy is so bad the Alabang Boys have switched from Ecstasy to Biogesic.

The economy is so bad Sen. Lito Lapid is riding a horse to the Senate.

The economy is so bad ABS-CBN cannot even send a reporter to St. Luke’s Hospital to interview Attorney Mike Arroyo.

The economy is so bad GMA 7 has to “steal” a song from Gary Granada.

The economy is so bad TV5’s resigned executive Christopher Sy actually earned thrice more than his network did last year.

On second thought, the economy may not be that bad at all… because from being a “palengke person,” Mar Roxas is now a pharmacist.

The Legacy Group
The Bangko Sentral ng Pilipinas branded the Legacy Group of Companies owned by Celso de los Angeles as an organized syndicate, probably the second largest of its kind… next only to Philippine Congress.
_________