THE ALL SAINTS DAY break is over. The Christmas Season is officially here. In fact, the Alex Boncayao Brigade is getting their cash gift soon!

But first, this: there’s absolutely no truth to rumors that former senator Ramon Revilla Sr. is the father of the 7 billionth baby born on October 31.

Seventy-Two
Portia Ilagan, the spokesman of the Revilla family said Ramon Revilla Sr. fathered at least 72 children. Sen. Juan Ponce Enrile believes it could have been more had Revilla not “aborted” sperm cells. 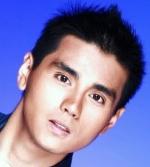 Former senator Ramon Revilla Sr. was not able to attend Wednesday’s funeral of his murdered son Ram. He was still confined in the hospital although his BP has gone back to normal, 120 over 72 children.

After the funeral, Ram’s mother, “That’s Entertainment” alumna Genelyn Magsaysay told the media she didn’t raise her children to be violent people. And Princess Revilla was like, “Why are you looking at me?”

The Ligots
Former military comptroller Jacinto Ligot and wife, Erlinda have surfaced Wednesday and posted a bail of P160,000 for a string of tax evasion cases. The couple’s lawyer said the Ligots went on a vacation “somewhere in Luzon.” When asked to give more clues, the lawyer said, “Basta! Kung saan ‘di naghanap ang NBI, do’n yun!”

Overseas…
Herman Cain, a former pizza chain CEO and leading Republican presidential candidate is being accused of harassing two women in the mid-1990s. Cain dismissed the issue as a demolition job invented by the camp of Manny Villar. 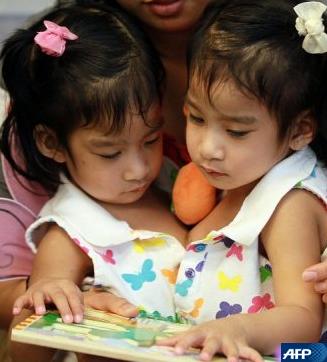 Success!
Here’s a piece of good news. US surgeons successfully separated Filipino conjoined twins Angelica and Angelina Sabuco. The surgery lasted 9 hours, about half an hour shorter than the marriage of Kim Kardashian and Kris Humphries.

No. 10: The NCAA games in the Philippines

No. 9: The Ligot couple’s vacation

No. 8: Nora Aunor’s good behavior after her return to the Philippines (May himala!)

No. 7: The UP Fighting Maroons’ losing streak

No. 4: The Yuletide Season in the Philippines

No. 2: The time spent by Gloria Macapagal-Arroyo in the hospital after being elected congresswoman

And the No. 1 thing that has lasted longer than Kim and Kris’ marriage…

Elsewhere
Blogger raises issue of possible plagiarism vs. the Department of Tourism 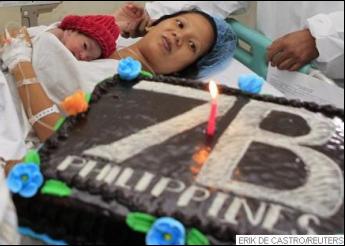 THE GOOD NEWS is the world’s 7 billionth baby was born on October 31. The bad news is the person who did the head count died of exhaustion this morning.

The United Nations announced the birth of the world’s 7 billionth baby. Mar Roxas wants a recount.

Yahoo! News reported that the United Nations marked October 31 with a series of symbolic 7-billionth babies being born. Baby Danica May Camacho of the Philippines was the first. Take that China! 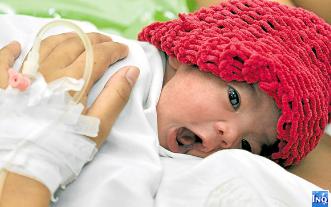 As I correctly predicted last October 17, the world’s (symbolic) 7 billionth baby will be born in Manila’s Fabella Memorial Hospital. What I failed to predict though was that the event will be sponsored by Goldilocks.

Baby Danica May Camacho was welcomed with a chocolate cake from the United Nations. What an unhealthy start!

Several symbolic 7 billionth babies were welcomed by mothers of different nationalities. Surprisingly, not one of those moms was Nadya Suleman.

This just in: World population will have to remain at 7 billion until experts have decided who the real 7 billionth human is! 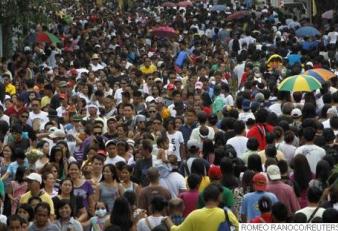 Undas 2011
As of 3PM, Tuesday, police put the crowd estimate at the Manila North Cemetery at 1 million 100 thousand (1.1M). So far, everbody has been cooperative to authorities… except for the one million one hundred thousandth person who is demanding a chocolate cake from UN.

The Philippine National Police says the observance of Undas 2011 is “generally peaceful.” The PNP’s assessment of the peace and order situation this year is generally rehash.

Reports say Malaysian Jemaah Islamiyah leader Zulkipli bin Hir alias Marwan, could have been killed in an airstrike in Indanan, Sulu last Sunday. But the military is still verifying the report, or as Sen. Tito Sotto would say, “Death certificate muna.”

(Breaking News: The Ligots surfaced Wednesday at the Court of Tax Appeal.)

Charice’ Dad
Charice Pempengco’s father Ricky Pempengco was stabbed to death in San Pedro, Laguna Monday night. The international singing sensation and her mother Raquel are seeking all-out justice while Ricky Pempengco’s relatives have declared an all-out war against them.

Kim & Kris
After only 72 days, reality TV star Kim Kardashian is filing for divorce from her NBA husband, Kris Humphries. Kim made the decision after she discovered that Kris withdrew 5 million from their joint account.
—————————————————————————————-
“Somewhere on this globe, every ten seconds, there is a woman giving birth to a child. She must be found and stopped.”
~ Sam Levenson

“They may want to pay their respects to their dead. It is, after all, a tradition…”
~ NBI deputy director for intelligence serviceS, Atty. Ruel Lasala on the Ligots’ failure to surface despite the pending arrest warrants

Have a great week! Merry Christmas!