Beijing has declared these sea creatures as “Chinese.” 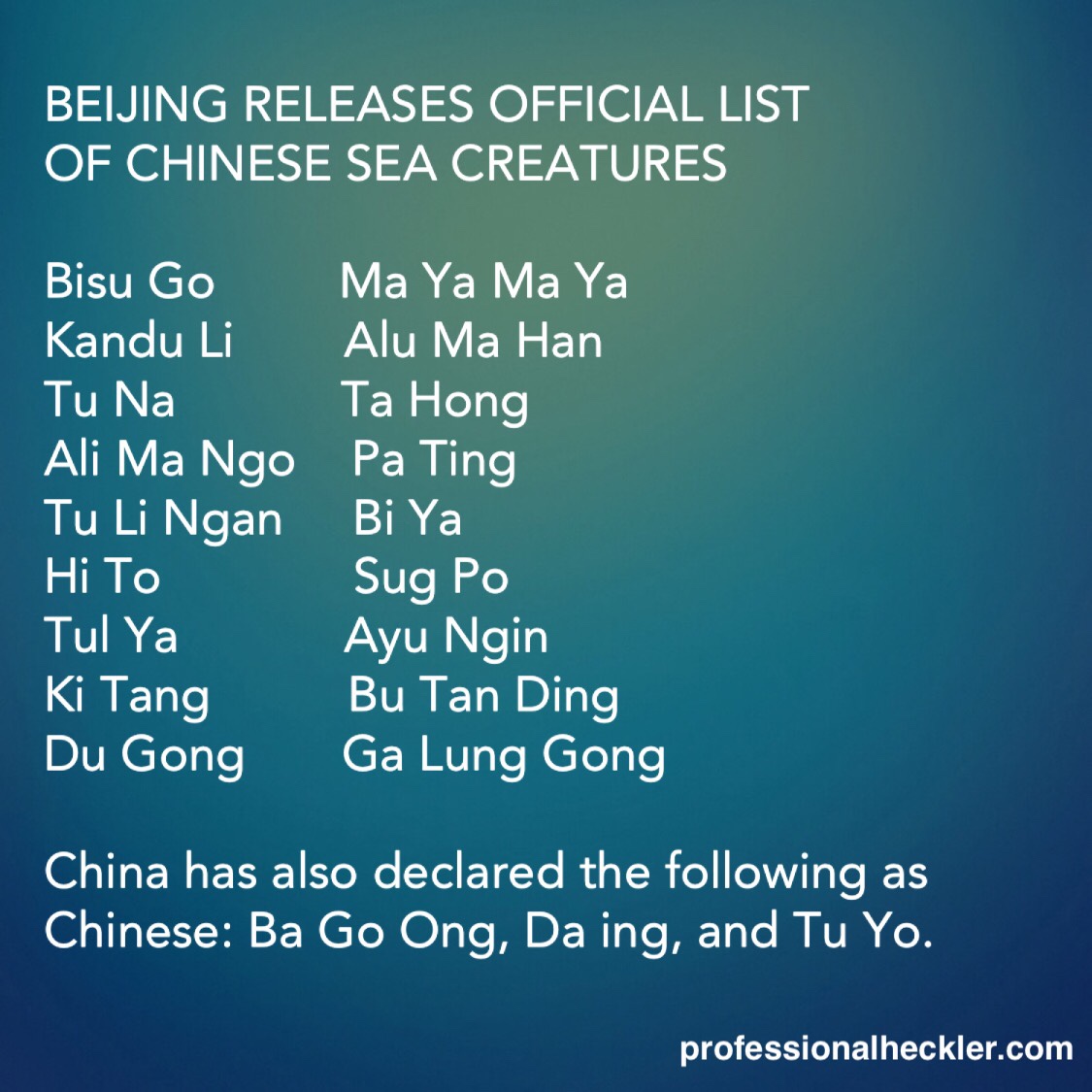 “It’s very difficult to say that there is exclusivity when it’s under water. The fish could be coming from China and the fish from the Philippines could be going to China.”

IN RESPONSE, Beijing has released its “official” list of “Chinese” sea creatures.

China has also declared the following as Chinese: Ba Go Ong, Da ing, and Tu Yo.

For the information of Filipinos.