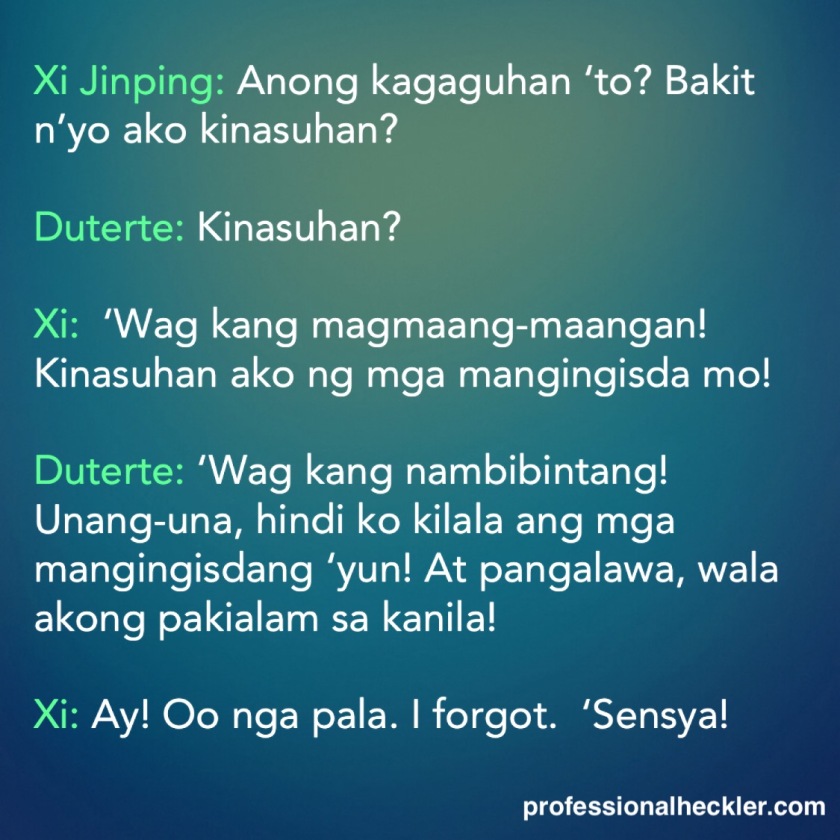 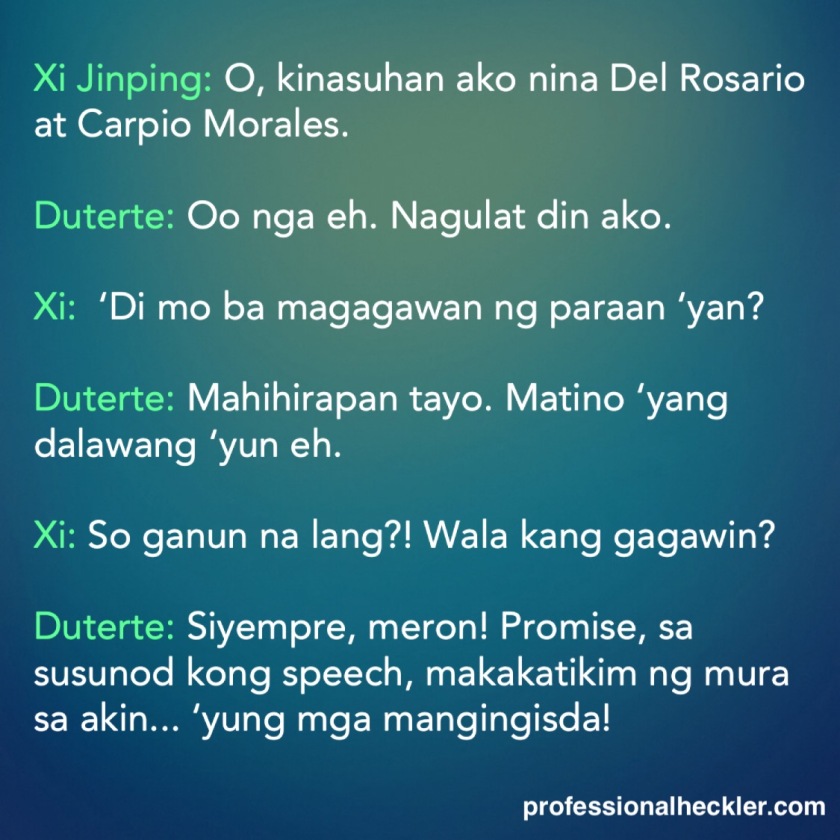 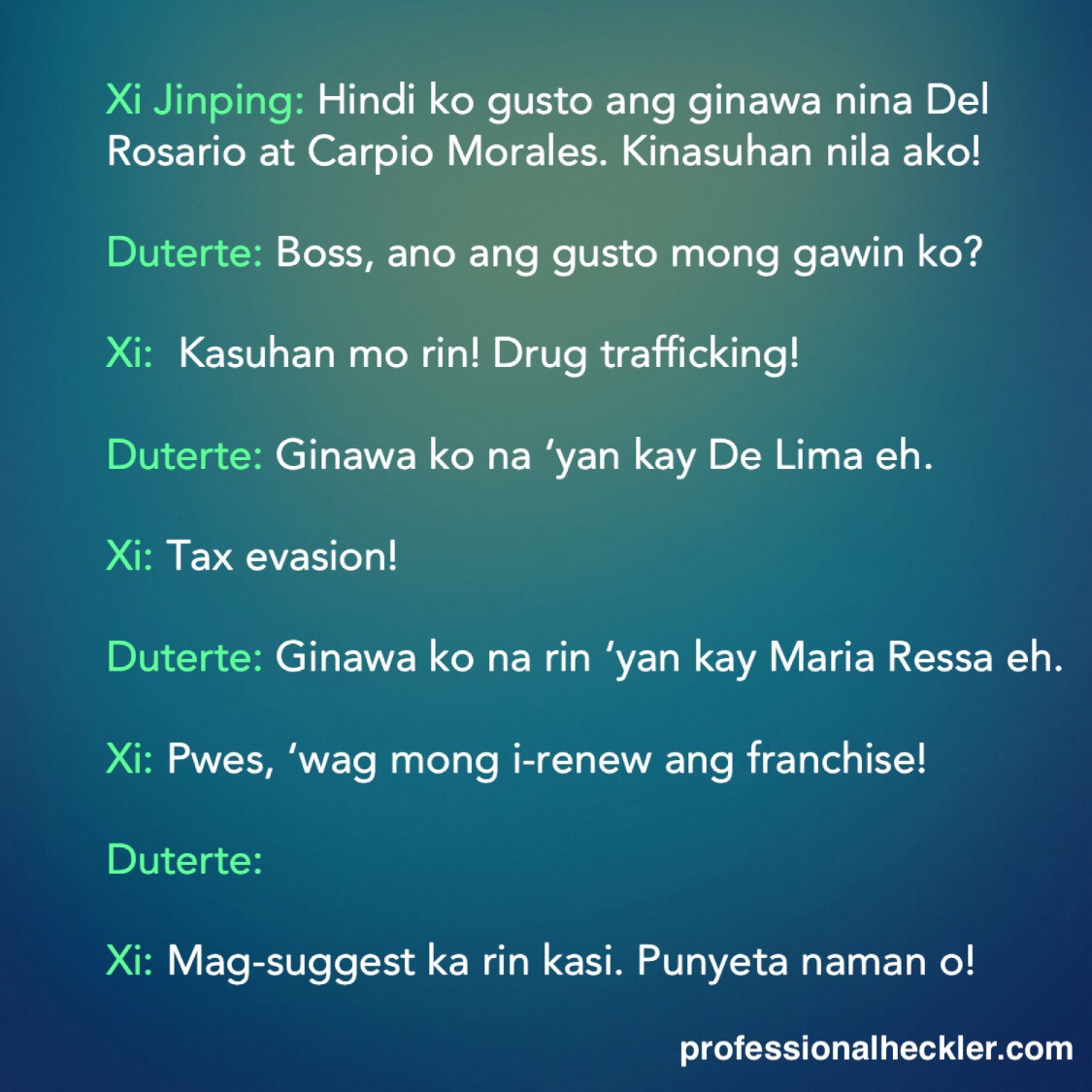 Last Tuesday, March 19, the Philippine Drug Enforcement Agency (PDEA) seized 1.1 billion pesos worth of shabu in separate operations inside the posh Ayala Alabang Village and the upscale Alabang Town Center in Muntinlupa City. Chinese drug suspects were nabbed during the operations. PDEA officials reported the matter to their boss in Malacañang. Here’s what happened. 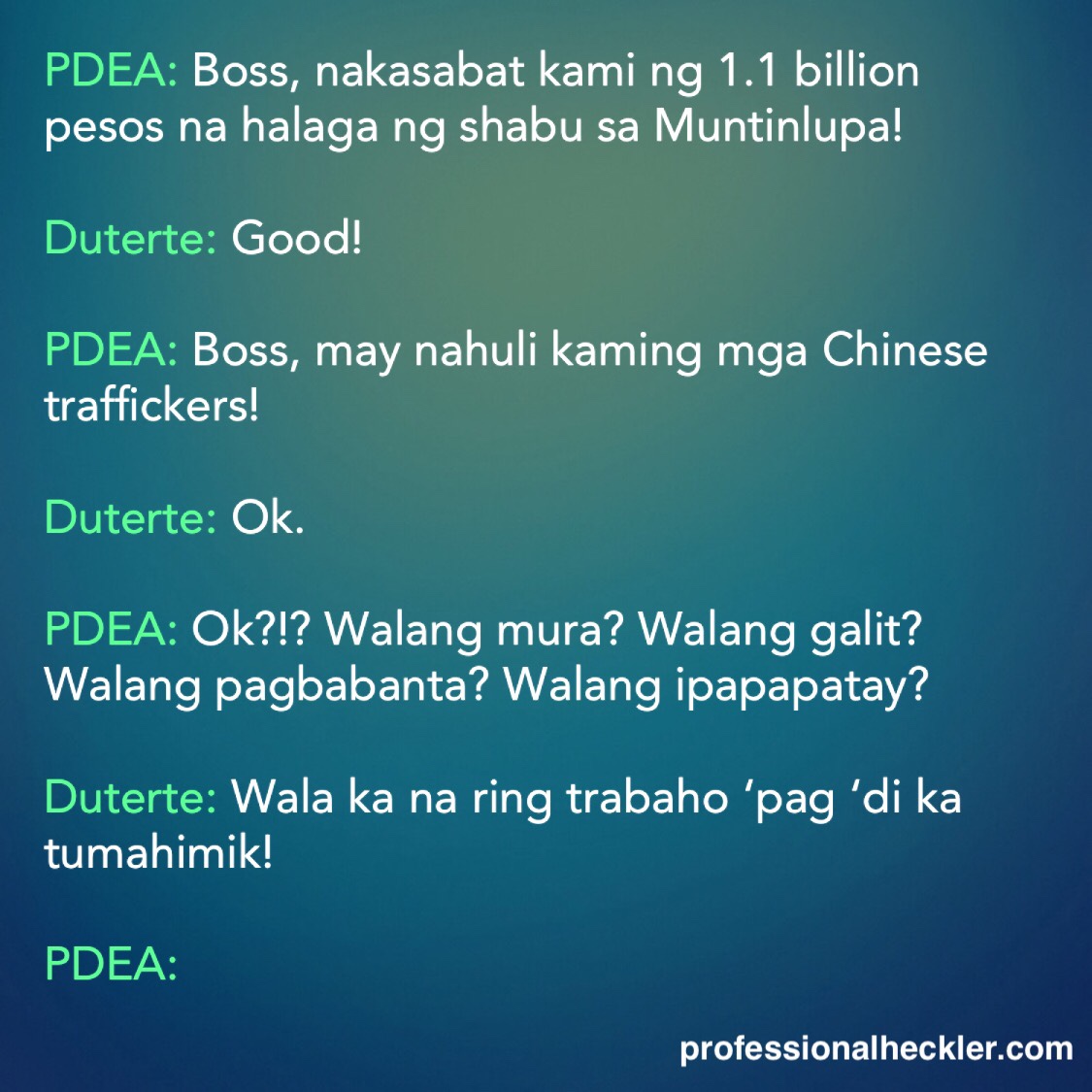 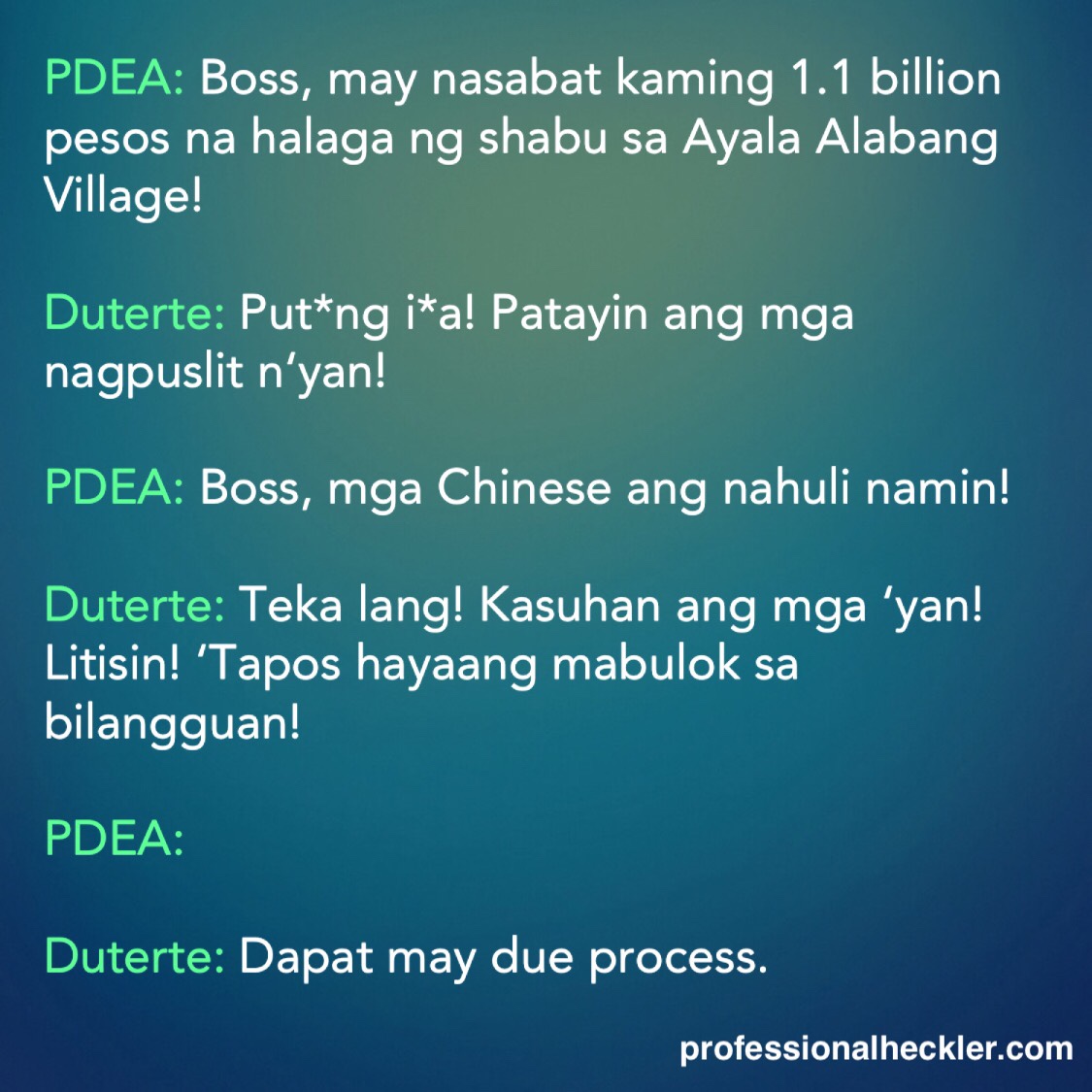 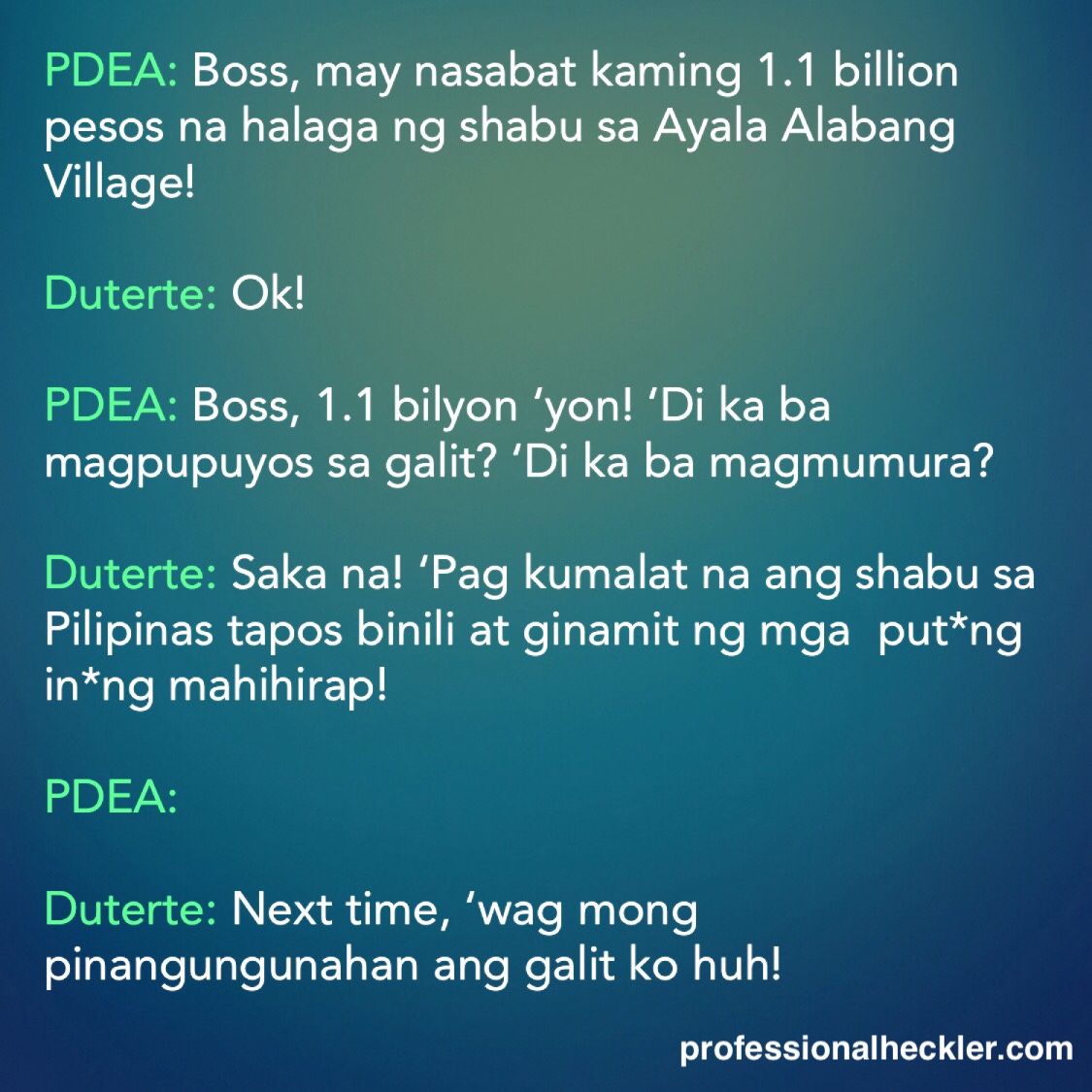 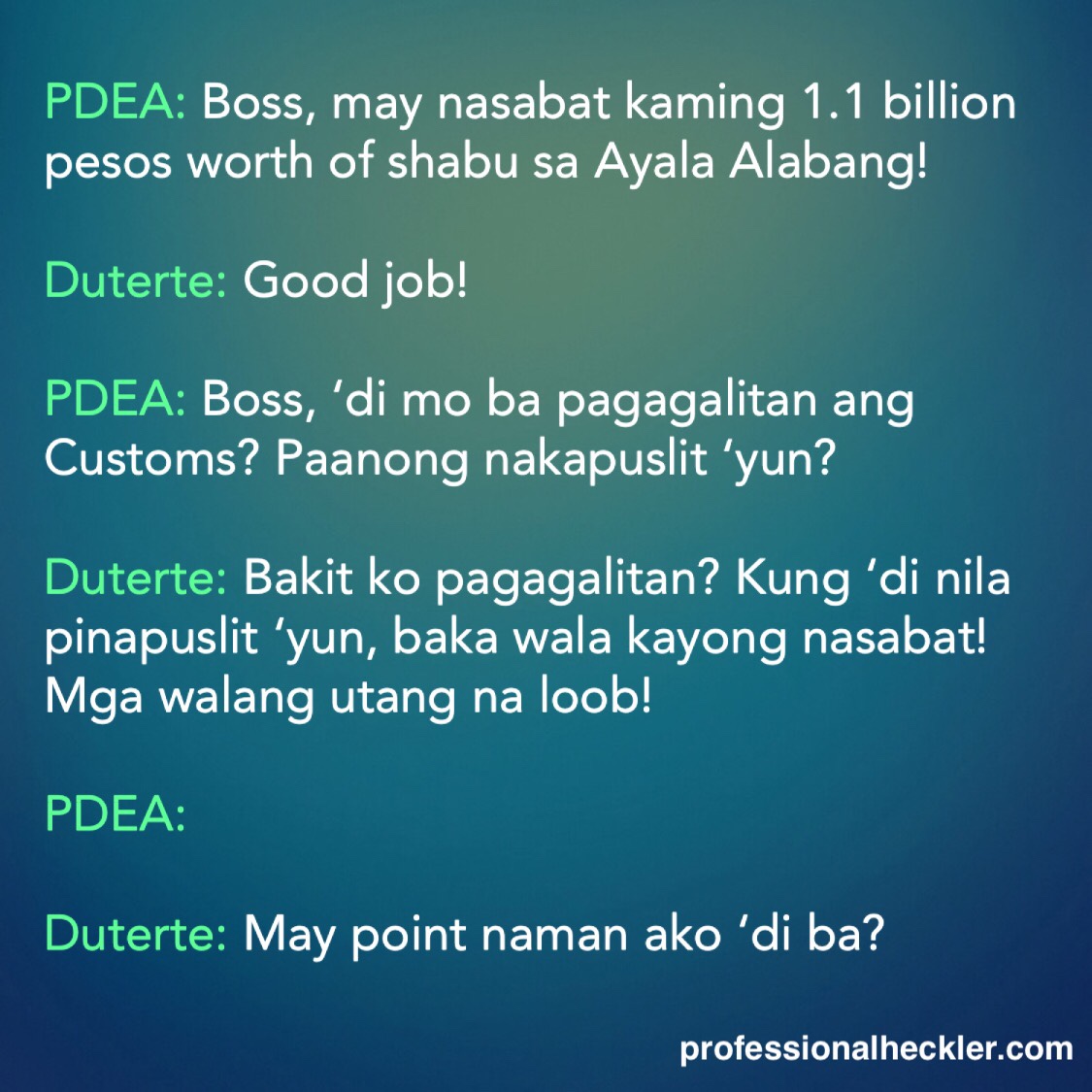 Interviewed by the media during a political rally in Cebu, Sara Duterte denied she’s eyeing the presidency in 2022. 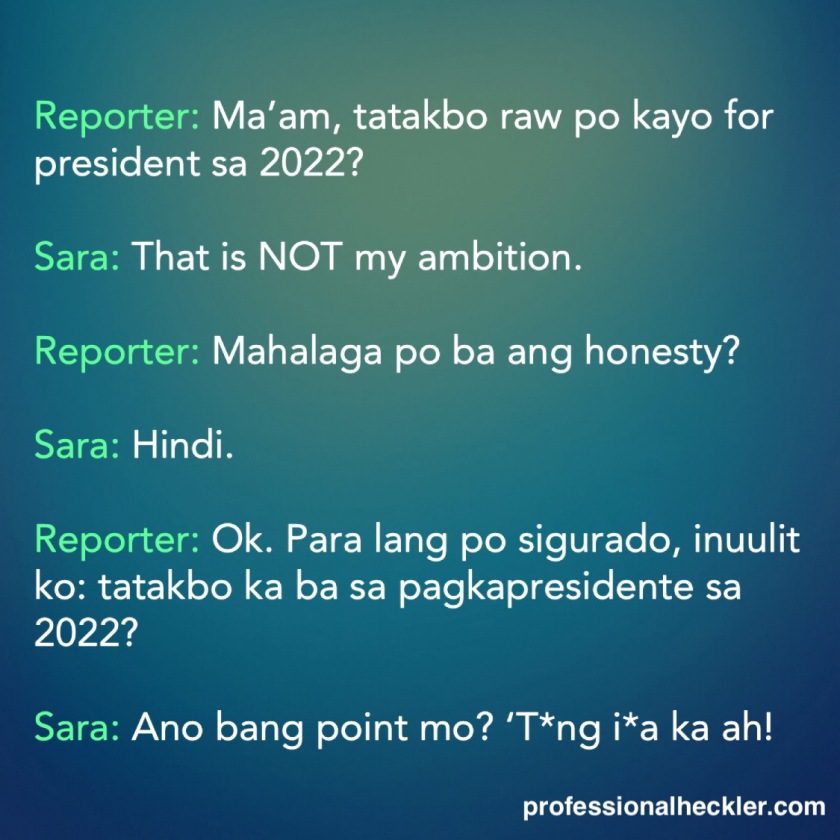 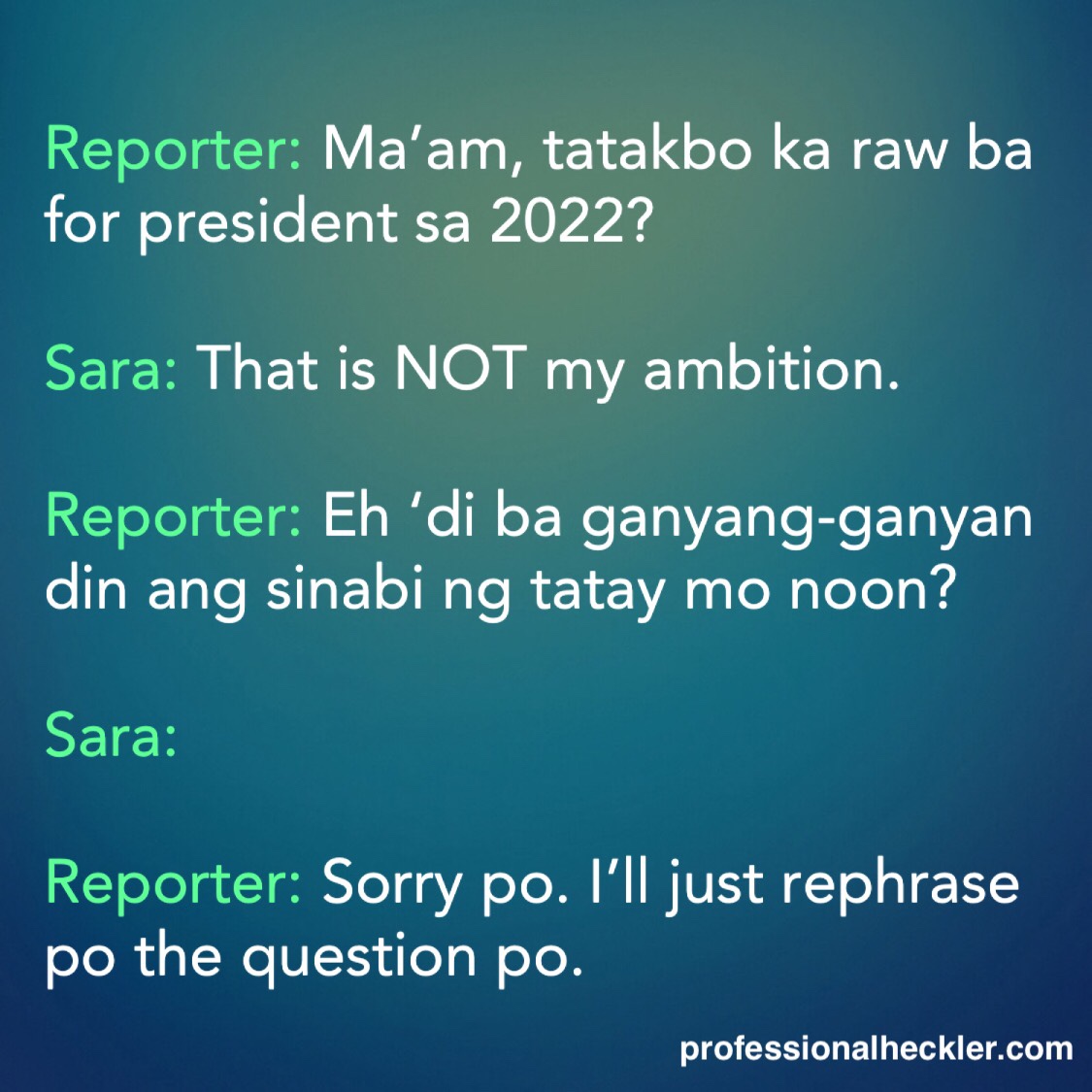 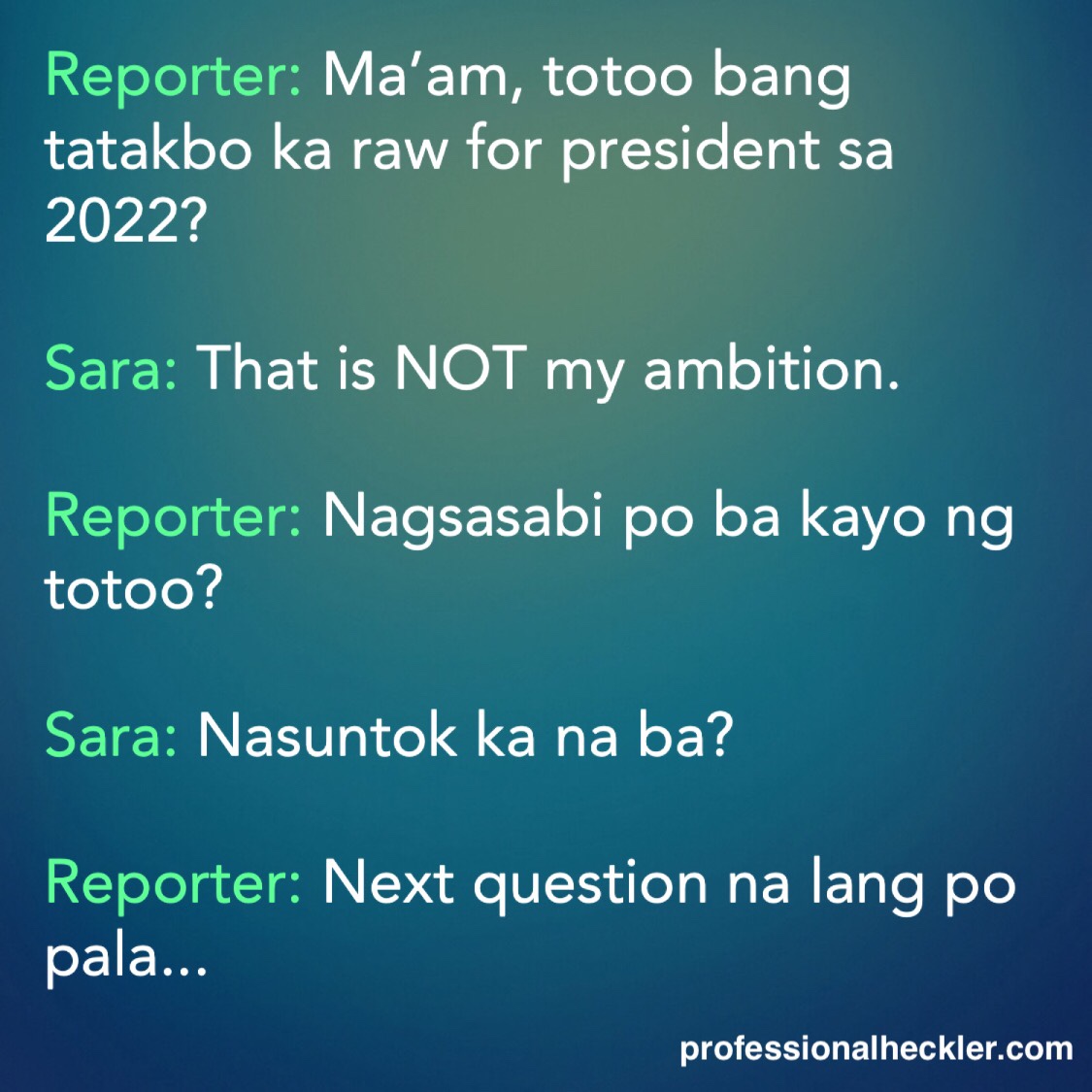 One thought on “XI JINPING TO DUTERTE: DEFEND ME NAMAN!”