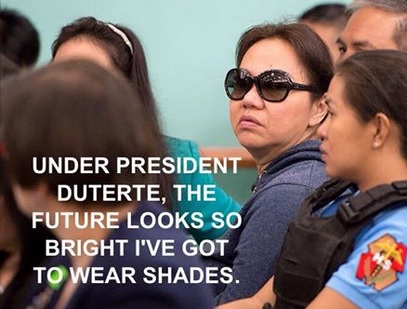 ALLEGED pork barrel scam queen Janet Napoles is in the news again. You already know why. The other day, reporters went to the Correctional Institution for Women to interview her. They found Napoles at the mini-grocery store inside the prison compound. She was buying some important stuff that day: 1) Soap 2) Sanitary napkin 3) Solicitor General.

Solicitor General Jose Calida, the chief government lawyer has exerted efforts to acquit alleged pork barrel scam queen Janet Napoles. Before the multibillion-peso scam was uncovered, Napoles was quoted to have said, “We own the government.” That was before her prison term. Apparently though, she has reclaimed it.

Lest we forget…
Reposting an excerpt from Krissy’s ‘interview’ with Janet Lim-Napoles in 2013 while the ‘queen’ was in hiding.

Hidden Wealth
According to Sen. Antonio Trillanes, President Duterte had as much as P2.4 billion in bank deposits which he failed to declare in his SALN. The President vows to resign if Trillanes could prove his claim. Last year, Duterte also promised to resign if he fails to solve the country’s drug problem in 3 to 6 months. Duterte’s children said Trillanes’s allegation was recycled. Just like their father’s promise to resign. 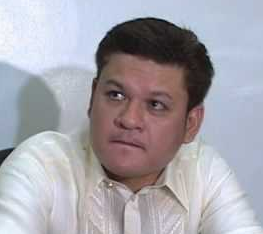 Psych Test
President Duterte’s eldest son and Davao City Vice Mayor Paolo Duterte says Senator Trillanes should take a psychiatric test “as something is very very wrong with his mind.” Well, yeah. Because if there’s someone who should be familiar with nut cases, it has to be Rodrigo Duterte’s children.

Death Penalty
Congressmen have removed plunder from the list of heinous crimes punishable with death. When asked why, the House Speaker said, “We can’t have empty session halls.” 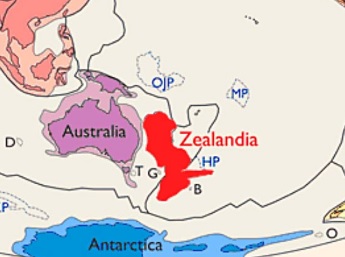 New Continent?
Scientists recently announced the discovery of Zealandia, a hidden continent attached to New Zealand. Almost entirely submerged in water, the huge landmass qualifies as a continent scientists say. When it heard the news, Pluto advised Zealandia to not ‘celebrate’ just yet, “Just look what they did to me! #stillhurting #cantmoveon”

Elsewhere
Newsbreak: Three lawyers who defended Janet Lim Napoles are staunch Duterte supporters. One of them is now a deputy commissioner of the Bureau of Internal Revenue.