Welcome to this introduction video about the Philippines- the greatest country in the whole world… the universe rather. It’s true. It’s great. You’re gonna love it here. 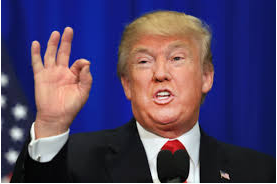 This is a message from the government of the Republic of the Philippines.

Welcome to this introduction video about the Philippines – the greatest country in the whole world… the universe rather. It’s true. It’s great. You’re gonna love it here.

Yes, the Europeans did it first but their videos are nothing compared to what we have prepared.

You must be wondering: where is the video? There is no video Mr. President. Nothing. Nada. Zilch. Waley. You have to use your creative imagination. It’s challenging. It’s tough but it’s all worth it.

The Philippines is a small nation with a huge population: 103.18 million. The number of undocumented Filipinos in the United States is even larger than the population of Luxembourg or Iceland or Estonia. Take that Europe! It’s true. It’s that huge. But you already know that.

We were discovered by the Europeans in 1521. They saw us, they liked us, they owned us. Or – as you would say, “How Melania became Mrs. Trump.”

We are home to the most gorgeous women on the planet. That’s a fact. We have three Miss Universe winners, six Miss International titlists and a Miss World crown. They’re all lovely. They’re terrific. You can grab them by the tiaras.

There are two historical landmarks you’ll surely appreciate when you visit our country. There’s the tallest Virgin on EDSA and the Walled City of Manila. 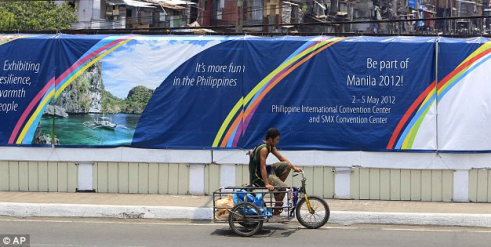 Yes, we heard you plan to build a wall. That’s easy. We’ve done that several times in the metro. The walls were great. They were useful. We were able to hide the poor from the view of foreign visitors. Absolutely fantastic! No more slums. No more garbage.

Mocha Uson invented the term ‘presstitute’ to discredit legitimate media organizations. Fantastic. Absolutely creative. ‘Presstitute’ is a portmanteau. We’re certain she doesn’t know what that means. Let’s leave it at that. Our country doesn’t tolerate idiot-shaming. But slut-shaming is another story. Our congressmen loved it. It’s true. They totally enjoyed it.

Before Sean Spicer, there was Martin Andanar and Ernesto Abella. They attacked the media first. And second. They were the best interpreters ever – so much better than Miss France’s or Miss Philippines’s interpreter in the Miss Universe pageant.

Every single American president, so far, has had one or more pets living with him at the White House. You don’t have any pets. That makes our President Duterte better than you. He’s got Cayetano.

Like you, we hate Mexicans – boxers to be specific. We punch them. We hit them. We beat them until they’re unrecognizable. Like this one. A total disaster.

But Mexicans are still lucky. They make it out alive. We can’t say the same for South Koreans – especially those who are brought to Camp Crame.

We may have one of the slowest Internet services in the region but we have the best justice secretary and the fastest justice system in the world. Unbelievable but it’s true. Since July 2016, thousands of poor Filipinos have been executed without being tried or arrested. All of them. Instant death. It’s that fast. It’s crazy but it’s terrific. The people liked it.

You have Steve Bannon, we have Manny Pacquiao. Every time he opens his mouth, he quotes the Bible and the entire nation cringes. He hates gays and he supports the death penalty. Manny is the reason why the word ‘irony’ was invented.

Filipinos are a cultured people. We love the arts: plays, exhibits, music, movies. We are the best fans in the world and we have this pic (click the link) to prove it.

The Philippines is the social media capital of the world. It’s crazy but it’s true. We can read your vicious and mostly inaccurate tweets Mr. President. Filipinos can relate. We have embraced the habit of posting and sharing fake news. We’re a bunch of gullible idiots – just like that ex-Colombian president who lectured our beloved Duterte on how to solve our drug problem.

We are a nation of heroes. Even one of the world’s biggest thieves of all time was buried as a hero. It’s true. It’s despicable but it’s true.