“If we cannot, as yet, love one another, then in God’s name, let us not hate each other too much.” 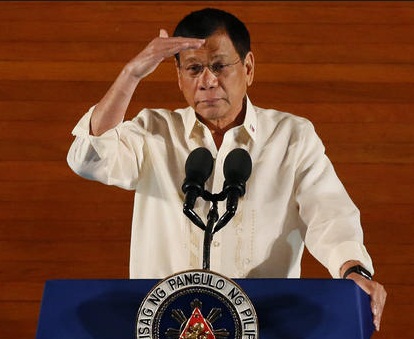 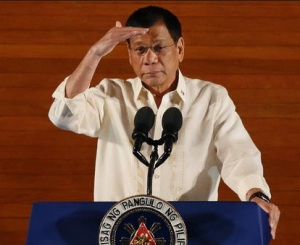 PRESIDENT DUTERTE delivered his first State of the Nation Address before the joint session of Congress last Monday. Some analysts described it as “historic.” In fact, some were saying it was so special, Communications Secretary Martin Andanar hasn’t stopped crying.

Two days before the SONA, Secretary Andanar told the media the President’s speech would “awaken the patriot in every Filipino.” I’m not sure about that but the speech definitely awakened the stand-up comic in President Duterte.

Before Monday’s event, Communications Secretary Martin Andanar said the draft of President Duterte’s speech made him cry, and added, “May announcement sa SONA na makalaglag-upuan.” This just in: Brillante Mendoza has found a new dramatic actor for his next project.

PNP Chief Ronald ‘Bato’ De La Rosa reported a downward trend in crime in the metro. Of course, that could change – now that Congress is back. 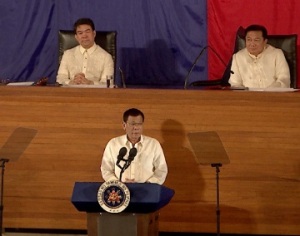 Opening
President Duterte opened his speech by saying, “I will not waste precious time blaming those who are perceived to be responsible for the mess that we are in and suffering from. Finger-pointing is not the way.” To which, former president Noynoy Aquino said, “Inaano ba kita?”

President Duterte clarified though, “Those who betrayed the people’s trust shall not go unpunished.” Former president Gloria Macapagal-Arroyo couldn’t stop laughing at the President’s opening joke.

The President also said, “We cannot move forward if we allow the past to pull us back.” So, time to forget your ex. Move on. Find someone else.

Causes
According to the President, when he decided to seek the presidency, he knew what the ills of our country were; he knew their causes, and he was briefed on who caused the causes. The TV cameras then panned to the seated lawmakers in the session hall. Well played Direk Brillante, well played!

Love Not Hate
President Duterte also appealed, “If we cannot, as yet, love one another… let us not hate each other too much.” Duterte diehards and Carlos Celdran replied, “Try namin huh.”

Ceasefire
In his SONA, President Duterte declared a unilateral ceasefire with the Communist Party of the Philippines. It was overshadowed though by Duterte’s earlier declaration of a ceasefire with Sen. Leila De Lima.

President Duterte has declared a unilateral ceasefire with the CPP. He failed to declare ceasefire though with the CBCP.

The Director
Brillante Mendoza directed the TV coverage of President Duterte’s SONA. In fact, he gave Monday’s event a title. He called it “Ma’ Rody.”

Reacting to criticisms of his directing style during the SONA, Brillante Mendoza said, “Hindi naman lahat ng nanood admittedly ay film literate.” By the way, directing the SONA was the closest he could get to having a blockbuster project.

In case you didn’t know, Brillante Mendoza was the 62nd Cannes Film Festival best director. He won for his controversial film, ‘Kinatay’ – an indie drama which was shown in the Philippines in 2009 and seen by a dozen film literates.

One thought on “LIGHTS, CAMERA, SONA!”