Sen. Juan Miguel Zubiri underwent a drug test at the Senate and appealed to his fellow civil servants to do the same. 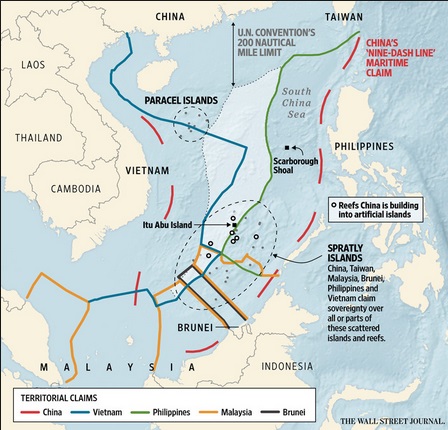 AN INTERNATIONAL tribunal in The Hague ruled in favor of the Philippines in a maritime dispute. Beijing rejected the ruling saying it will continue to assert “territorial sovereignty and marine rights” in the South China Sea. Meanwhile, China thanked its allies in the region for their continued support namely Cambodia, Laos, and Foreign Affairs secretary Perfecto Yasay Jr.

Defiant
A United Nations-backed tribunal in The Hague has voted in favor of the Philippines in its maritime dispute with China. But a defiant Beijing refuses to accept the decision. Or as that’s also called here in the Philippines, the Bongbong Marcos Syndrome.

Charged
Former vice president Jejomar Binay has been formally charged with graft, falsification of public documents, and violation of the Government Procurement Act in connection with the alleged overpriced P2.2-billion Makati parking building. As expected, Binay’s spokesman Joey Salgado attacked Ombudsman Conchita Carpio-Morales and accused her of protecting the people of Liberal Party – curiously forgetting there’s no one left in the Liberal Party.

Excellent
In the June 2016 survey of SWS, President Duterte obtained a net trust rating of 79 percent. Malacañang says the excellent rating is encouraging and vows to work double time to meet its goal: a good life for every Filipino, and the afterlife for every criminal.

Drug Test
Earlier this week, Sen. Juan Miguel Zubiri underwent a drug test at the Senate and appealed to his fellow civil servants to do the same. When asked for comment, Cong. Toby Tiangco said, “’Pag drugs, ako agad?!? Automatic?!?” 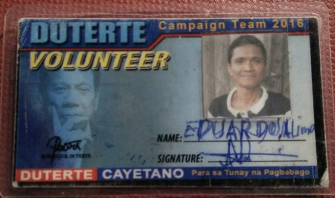 Volunteer
An alleged drug pusher identified through his ID as a volunteer for the Duterte campaign last elections was recently killed by cops in Zamboanga City. The Duterte supporter’s death has been ruled as a “suicide.”

Pacquiao
Quoting Top Rank promoter Bob Arum, several online reports say Manny Pacquiao plans to take a leave from the Philippine Senate to train for a possible bout either on Oct. 29 or November 5 contrary to his promise during the campaign he’d take his legislative work more seriously if elected. Interestingly, the online reports have the same headline: Told yah!

Pacquiao II
On Wednesday morning though, Manny Pacquiao denied reports he’s taking a leave of absence to resume his boxing career. So, no, he won’t leave the Senate. Tsk, sayang.

Just Married
A 34-year-old man named Aaron Chervenak wed his phone in Las Vegas. Chervenak says the best thing about his new ‘wife’ is that it doesn’t have a mother.

A man from LA married his cellphone in a ceremony in Las Vegas, Nevada. The man vowed to stick it out with his phone for better, for worse, for richer, for pooer, in sickness and health, ‘til drained do them part.

A man married his cellphone in Las Vegas, Nevada. But like many other marriages, they’ll probably separate and the man will “upgrade.”

Soundbites
“Kababae mong tao, pa-shot shot ka? Anong suot mo? Naka-shorts ka, ’no?”
~Tito Sotto to an ‘Eat Bulaga’ contestant who revealed she was taken advantage of by her husband’s friends because she was drunk