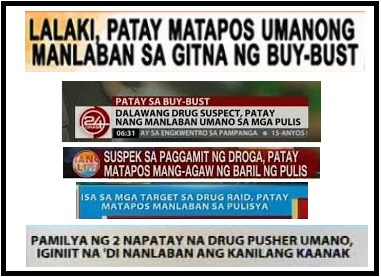 During the campaign, then presidential candidate Rodrigo Duterte vowed to kill five suspected criminals per week. Since June 30 or in just 8 days, there have been 72 drug-related killings already in the country. Duterte has overachieved.

Exposed
President Duterte has named five police generals with alleged ties to drug lords. The list includes retired Chief Supt. Vicente Loot who is now the mayor of Daanbantayan town in northern Cebu. The general who has a net worth of more than 100 million pesos has issued a denial but the people find it hard to accept mainly because of his last name.

Rewarded
Two of the most visible supporters of President Duterte during the campaign were TV host Kat De Castro and comedian Arnell Ignacio. De Castro has been appointed Tourism undersecretary while Ignacio has been named AVP for the community relation and services department of Pagcor. Congratulations! Hopefully, these appointments will help end speculations that De Castro and Ignacio will be officially declared Mga Pambansang Anino.

There’s no truth to tasteless and sexist rumors though that Mocha Uson will be appointed director of the National Meat Inspection Service. 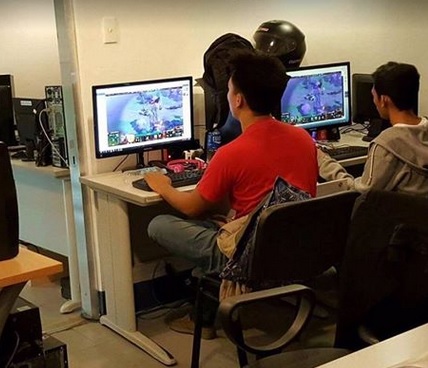 #DOTAPaMore
In Cebu, two Mandaue City Hall employees were fired after they were photographed playing DOTA while on duty. Unfortunately, the lowly employees have realized that playing online games at work won’t be tolerated – unless your name is Juan Ponce Enrile.

Bong’s Teeth
Detained former senator Bong Revilla has asked the Sandiganbayan to allow him to undergo dental procedures for three days this month. The procedures include panoramic radiograph and composite fillings. Last April 11, Revilla was given permission to go to the hospital for a CT scan of his teeth – contrary to rumors he had a CT scan of his brain which wasn’t necessary because compared to his teeth, it is rarely used.

Sound Bites
“Ordinary workers are paid on a ‘no work, no pay’ basis, and it doesn’t make them feel humiliated. Why should their payment scheme be different from ours?”
~Cong. Toby Tiangco reacting to Senator Lacson’s comment that the ‘no work, no pay’ bill is demeaning to lawmakers