Summer is off to a sizzling start!

GOOD NEWS and bad news for LP standard bearer Mar Roxas. The latest survey puts him in second place. The bad news is three others are statistically tied for first. 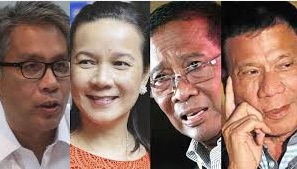 According to the latest survey conducted by Standard Today, the race for president has “become tighter.” Grace Poe is still leading with 26 percent followed by Mayor Duterte with 24 percent. Vice President Binay drops to third place with 23 percent while Mar Roxas came in fourth with 22 percent. The survey has a margin of error of plus or minus Senator Miriam’s rating.

Top Spender
A PCIJ report reveals Cong. Ferdinand Martin Romualdez of Leyte, who is running for senator, has spent more than half a BILLION pesos on pre-campaign political ads alone. And Imelda Marcos was like, “Pamangkin nga kita.”

Summer
Summer is here again and people have started to complain about the heat. Some envy vice presidential candidate Gringo Honasan because in UNA’s campaign sorties, he gets to stand next to something shady.

Summer III
Summer is off to a sizzling start! Even expelled INC minister Lowell Menorca couldn’t stand the heat, he left the country.

Denial
Presidential candidate Grace Poe has categorically denied The Daily Tribune’s report she used a fake social security number (005-03-1988) in acquiring a real estate property in the US. Netizens were shocked: “There’s a Daily Tribune?!??”

Zika
Reports say the Zika virus may be “sexually-transmitted.” Congratulations, you are safe! 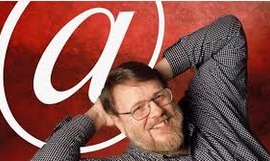 Sound Bites
“There were millions of people you could potentially reach.”
~Ray Tomlinson, Inventor of the email

2 thoughts on “GETTING HOT IN HERE”