THE FILING of certificates of candidacy for the 2016 national elections started Monday, October 12. Among the early birds were Vice President Binay and former TESDA chief Augusto Syjuco Jr. – forcing Comelec officials to deny reports that for someone to qualify to run for president, he or she must have been charged with plunder.

At least 22 aspirants for president filed their COCs on Monday. The long list includes Binay, Syjuco, Ely Pamatong, Filipino-Russian Ralph Masloff, and Pastor Eric Negapatan, who claims to be the discoverer of titanium. Which explains why Comelec declared Monday as National Day for Tolerance. 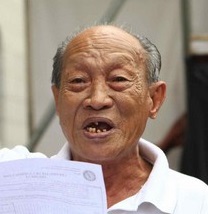 Another aspirant for president, Freddiesher Esposo Llamas vows to shut down beer houses in the country if elected. Executive Sec. Paquito Ochoa and Manila Mayor Joseph Estrada vow to campaign against him. 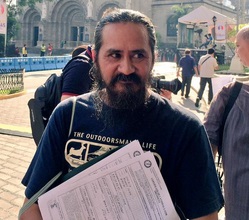 Running
If dismissed Makati City mayor Junjun Binay is unable to seek reelection, his sister Abigail will run for mayor while Abigail’s husband, Luis Campos is being groomed to replace her as congressman. In other news, the Binay family has a new campaign slogan, “Business as usual.”

Sound Bites
“The sheer breadth of the plunder, corruption and official wrongdoing represented on that stage by the assembled foursome would appear to have no equal in the world’s annals.”
Editorial: Instructive Picture, Philippine Daily Inquirer

“There was no ambition for me to aspire for the presidency.The country does not need me. I find no need for it too.”
~Mayor Rodrigo Duterte