Manny Pacquiao is running for senator. He vows to push for the rights of the less fortunate if he wins.

LITO LAPID’s term as senator ends next year. It’s premature to celebrate though because Manny Pacquiao is running for a Senate seat.

Manny Pacquiao is running for senator. He vows to push for the rights of the less fortunate if he wins. Which probably is an easier task than pushing himself to attend sessions.

According to Manny Pacquiao, he will push for the rights of the less fortunate if he wins as senator. Pacquiao is done giving us great pride and honor. He’s now giving us great-great-grandmotherhood statements.

The People’s Champ revealed that a month before his fight with Floyd Maywether Jr., he dreamt that he’d lose the bout. Pacquiao added he felt “blessed” when God “informed” him of his fate ahead of the fight. To which, God said, “Don’t worry, I’ll ‘bless’ you again in 2016.” 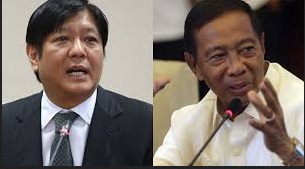 Rejected
Bongbong Marcos has officially rejected the offer of Vice President Binay to be his running mate in 2016. Imelda is reportedly opposed to the idea. In totally unrelated news, when asked if she believes in the proverb, “Galit ang magnanakaw sa kapwa magnanakaw,” Imelda replied, “Excuse me! Hindi ako galit!”

The Marcoses have rejected the offer of Vice President Binay to team up in 2016. Which is really bad news for the Vice President because, if people whom he can most identify with wouldn’t accept him, who else will?

Vice President Binay was quoted to have said that we need a “daang mabilis” not “daang matuwid” to achieve growth. Well, that’s the secret of many politicians: mabilis ang isip, mabilis ang kilos, mabilis ang kamay.

Disappointed
Bongbong Marcos says his mom, Imelda is disappointed with his decision to seek the vice presidency instead of running for president. Nonetheless, the 86-year-old former First Lady still hopes to see Bongbong make it to Malacañang in the future. The question is: will she make it to the future?

Resigned
Atty. Francis Tolentino has resigned as MMDA chief. The beleaguered official has denied though that he quit his job to focus on being a booking agent.

Amid the ‘Playgirls’ controversy, President Aquino expressed support for resigned MMDA Chairman Francis Tolentino. The President saw the video of the raunchy performance online – and he was convinced, it was nothing compared to those “shows” he and Paquito Ochoa Jr. had seen – live!

Sound Bites
“Joker Arroyo loved a good fight – and never runs away from it. He served his country right. And he deserved a big ‘Thank You’ from all of us.”
~Senate President Drilon on former senator Joker Arroyo, 88