SENATOR GRACE POE has zoomed past Vice President Binay as the top choice for president according to the recent Pulse Asia and Social Weather Stations surveys. 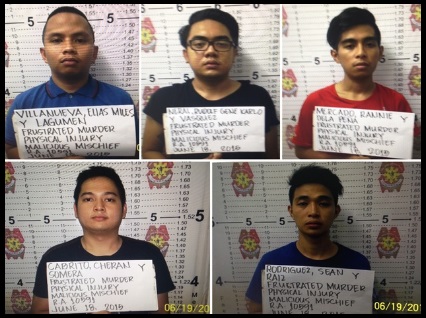 SENATOR GRACE POE has zoomed past Vice President Binay as the top choice for president according to the recent Pulse Asia and Social Weather Stations surveys. Analysts described Poe’s surge as Toby Tiangco’s biggest accomplishment yet.

Vice President Binay has a new spokesman: former Cainta, Rizal mayor and former ABS-CBN reporter, Mon Ilagan. As a reporter, Ilagan was trained to tell only the truth and the facts. I wonder how he’ll adjust to his new job.

According to the Vice President, the results of the recent surveys were a “wakeup call.” To reclaim the top spot, he vows to visit more towns, help more OFWs, and prevent Toby Tiangco from opening his mouth again.

Liberal Party secretary-general Mel Senen Sarmiento says DILG Sec. Mar Roxas is “still the man to beat” in 2016 despite placing fourth with only 10 percent in the latest Pulse Asia survey. Sarmiento is the representative of Western Samar in Congress. In high school, he was twice voted as “Most Likely to Rely on Miracles.”

Sec. Mar Roxas
Personally, I was touched and deeply thankful to the people for the 150 percent rise in their trust in me.
(Tumaas na ng 150 percent pero pang-apat pa rin?? Bwakanangina, ano ba ‘toooo?!)

Mayor Rodrigo Duterte
I am not running. It would be against the wishes of my family.
(‘Pag ‘di kayo tumigil sa paulit-ulit na tanong, ipatutumba ko kayo. Yawa!) 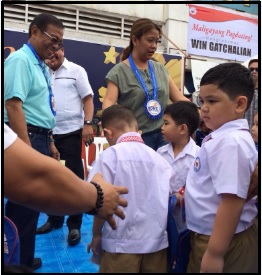 Daddy’s Day
On Sunday, June 21, the world celebrated Father’s Day. Or as Kendall and Kylie Jenner would say, “Ano ‘yon?”

“UP Diliman will act firmly, initiating immediate preventive suspension on students involved in the assault and promptly conduct hearings. We will impose the full penalty for those found guilty, and this is expulsion. There is no place for cowards in UP,”
~UP Diliman Chancellor Dr. Michael Tan