Fans of the hit HBO series ‘Game of Thrones’ are still talking about the show’s shocking Season 5 finalé. 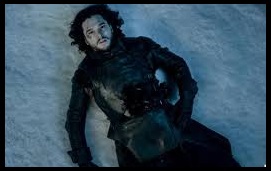 FANS OF THE HIT HBO series ‘Game of Thrones’ are still talking about the show’s shocking season ender. One of the most likeable GOT characters, Jon Snow got killed. Aside from Jon Snow, five other characters were murdered in the brutal finalé – described by Davao City Mayor Rodrigo Duterte as “the feel good episode” of the year.

Rumors say Vice President Binay is a fan of ‘Game of Thrones’ and even auditioned once for the role of a White Walker. However, Binay decided to back out when he was cast instead as Tyrion Lannister’s shadow.

Yet another unverified report revealed Sen. Grace Poe tried to audition for the role of Sansa Stark. She did not get the role – prompting Binay spokesman Toby Tiangco to say “‘Coz she was more of a ‘wildling.’”

Happy birthday to Sen. Miriam Defensor-Santiago, another GOT fan, I heard! The feisty lawmaker will be perfect for the role of Daenerys Targaryen. You know, the mother of dragons.

The Mayor and the Thief
The mayor of Tanauan City in Batangas ordered a suspected cable thief to walk through the city streets holding a placard with the words, “Ako ay magnanakaw, salot sa lipunan. Huwag akong tularan.” When a small-time suspected criminal is ordered to walk through the streets, it’s called “shaming.” But when it’s a high-profile thief, it’s called “campaign period.”

‘Marketing‘
On Wednesday morning, Vice President Binay visited Cogeo Public Market in Rizal, and distributed wheelchairs to the disabled. Critics say it appears Binay has just started campaigning – which is entirely false ‘coz he started campaigning in 2010. 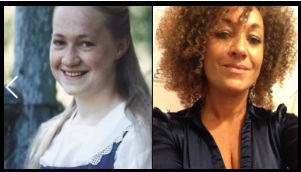 Black or White
Rachel Dolezal has quit as leader of the National Association for the Advancement of Colored People or NAACP-Spokane, Washington chapter after news came out that she misrepresented herself as black. Everyone believed she was a black person until her biological parents came out and revealed that Dolezal was in fact, born white. In an interview following her resignation, Dolezal said, “I identify myself as black.” This case reminds me of our politicians. During elections, they identify themselves as “public servants.”

MRT’s 99 Problems
MRT operations were limited Wednesday morning after a broken track was discovered between Shaw and Boni stations. Just last Monday, passengers were forced to disembark from the train and walk on Guadalupe Bridge when the train stopped at around 6:30PM. For the nth time, the MRT management described it as a “system failure.” Passengers called it a “lifestyle.” 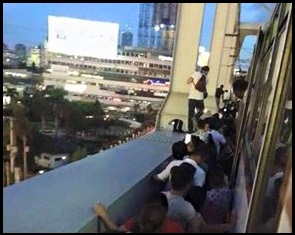 And for the 3,694th time, Malacañang said sorry for the glitches at the MRT. Palace spokesman Edwin Lacieda said, “We certainly apologize for the inconvenience to the riding public but we are making sure that all these concerns are being addressed right now.” Also, starting today, a recording of Lacierda’s apology can be accessed online. The next time the MRT bogs down, commuters are encouraged to just listen to it.

Finally, the Golden State Warriors have ended a 40-year title drought. And speaking of drought, President Aquino now holds the record at 55 years.
——————————————————————————————————————————-
“I’m not an old, experienced hand at politics. But I am now seasoned enough to have learned that the hardest thing about any political campaign is how to win without proving that you are unworthy of winning.”
~Adlai E. Stevenson

Sound Bites
“I’d rather not even make the playoffs than lose in The Finals.”
~LeBron James after his Cleveland Cavaliers lost to the Golden State Warriors

One thought on “GAME OF THRONES”