Reports say Jinggoy Estrada refused to accept the apology of Eric Dalagan, one of two burglars who broke into his Quezon City home last Saturday. 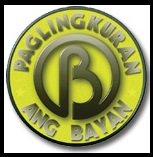 THE LOCAL GOVERNMENT of Makati led the celebration of the city’s 345th founding anniversary on Thursday. Yup, 345 – which is also the number of years the Binays have been in power in Makati.

Hardworking
In a press con held Wednesday, Vice President Binay again claimed, “Ampon din po ako.” He said he used to collect kaning-baboy for his uncle’s piggery. This motivated him to work harder. And it paid off. Today, Binay is a multimillionaire who owns an airconditioned piggery.

No, Thanks
Reports say Jinggoy Estrada refused to accept the apology of Eric Dalagan, one of two burglars who broke into his Quezon City home last Saturday. The detained senator narrated, “Pumunta sa kuwarto namin, sa office ng misis ko, and that was when he took some valuables and cash.” Jinggoy wouldn’t comment on reports that he was Dalagan’s role model.

Jinggoy Estrada will not forgive the burglars who broke into his home over the weekend. The suspects entered his mansion and took some valuables and cash. In a statement, the detained lawmaker said, “Hindi ko alam kung gawain ito ng matinong tao.” To which, the suspect said, “’Yan din po ang sentimyento ko sa inyo.”

When he was told about the burglary, detained senator Jinggoy Estrada said, “Hindi ko ma-explain ang reaksyon ko; I was really shouting; humihingi ako ng saklolo. I was also helpless.” We can relate.

The suspects who burglarized Jinggoy Estrada’s home defecated in the balcony of the mansion. Giving another meaning to the term “masasama’ng loob.”

Narrating the incident, Jinggoy Estrada said, “Hindi ko ma-express ang reaksyon ko noong Saturday night when my eldest daughter told me na may magnanakaw sa bahay.” He denied rumors though that when his daughter saw a shadow in the kitchen, she yelled, “Dad, have you been released?” 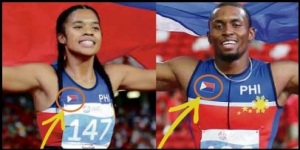 Sprint King & Queen
Sprinters Eric Cray and Kayla Richardson ruled the men’s and women’s 100-meter dash at the 28th Southeast Asian Games. Amid the celebration, netizens noticed that the Philippine flag on their uniforms were inverted signifying that the country was in a state of war. This has prompted Beijing to release a very short statement: “Bring it on!”

Filipino-Americans Eric Cray and Kayla Richardson who both grew up in the US, won the gold in the century dash at the 28th Southeast Asian Games in Singapore. Everyone is happy for both of them – except for Toby Tiangco and JV Bautista.

Some sectors have been criticizing sports officials for recruiting Cray and Richardson who both grew up in the US. But Cray said, “If you cherish the traditions of the Philippines, you know it’s a great honor to be able to represent it.” David Pomeranz agreed.

Kidlat
Nancy Binay insisted her father had nothing to do with the recent attacks on Grace Poe. She added, “Wala talaga siyang alam; tamaan na ako ng kidlat ngayon.” When sought for reaction, the ‘lightning’ said, “I don’t want to waste my energy.” 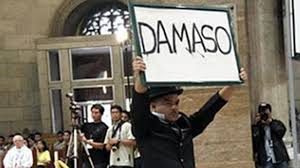 Freedom of Speech
In a recent Social Weather Stations survey, only 54 percent of Filipinos said they have freedom of speech under the current administration. The rest have not discovered Twitter.

Krissy Leaving?
Outspoken TV host Kris Aquino said she wants Bimby to experience life in the States so she’s planning to leave for the US in 2016 and stay there for a year. Remember when Kris said that she’s quitting showbiz for Bimby? Me neither.
————————————————————————————————————————————
“Karma comes after everyone eventually. You can’t get away with screwing people over your whole life, I don’t care who you are. What goes around comes around. That’s how it works. Sooner or later the universe will serve you the revenge that you deserve.”
~Jessica Brody, The Karma Club