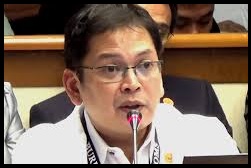 CITING POLITICAL PRESSURE, Bureau of Customs Chief John Phillip Sevilla quit his post. The incorruptible Sevilla bared that he was being pressured to appoint a member of an influential sect to a key post in the bureau. He objected. So when Malacañang insisted, Sevilla decided to resign. He didn’t finish his term. To add insult to injury, he was given a grade of INC.

For the second time, businessman Alberto Lina was appointed customs commissioner. His appointment to the juicy post was welcomed by his family, his friends, and his 18 companies that continue to do business with the BOC.

John Philip Sevilla has resigned as Customs chief. He was replaced by businessman Alberto Lina. Last Friday, Lina took his oath of office. He swore to perform his duties to God, to our country, and to some extent, to INC.

Nepal Earthquake
More than 4,000 people were killed when a magnitude 7.8 earthquake struck Nepal. A week before the disaster, experts gathered in Kathmandu to plan for “a nightmare waiting to happen.” Apparently, their motto was “Better safe than sorry.” Here in the Philippines, “no concrete measures to address the hazards of a massive quake” have been taken despite experts’ warning that at least 35,000 people would die if a magnitude 7.2 earthquake hits Metro Manila. Which is not surprising since the government’s motto is, “To see is to believe.”

Experts say Metro Manila is NOT so ready for a massive earthquake. Local government officials have other priorities. Maybe we can change that. Beginning today, let’s stop using the term “earthquake” and start calling it “election.”

Filipina Mary Jane Veloso is still alive. Her execution originally scheduled Tuesday midnight was suspended. That’s the good news. The bad news is ER Ejercito might just do a film about her. 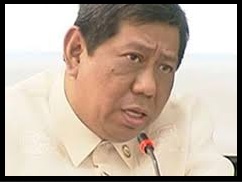 LP stalwart and Caloocan Rep. Edgar Erice says Dingdong Dantes and Isko Moreno are two potential bets for senator of the ruling coalition. In response, God was like, “Talk about punishment!”

Happiest
According to the latest World Happiness Report, Switzerland is the happiest country in the world. The Philippines was 90th in the happiness index – which was really disappointing considering the fact that we’ve got some of the biggest jokes in the three branches of our government. 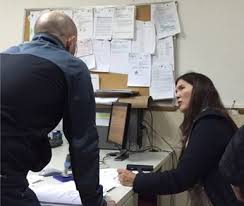 Snatched
While taking a walk in Madrid, Spain, Sen. Pia Cayetano’s phone was snatched by a bicycle-riding man. When the senator shouted for help, bystanders moved to catch the suspect. The police described the thief as young and remorseless who’s got a bright future in politics.
————————————————————————————————————————-
“There comes a time when one must take a position that is neither safe, nor politic, nor popular, but he must take it because conscience tells him it is right.”
~Martin Luther King Jr.

Sound Bites
“We consider Commissioner Sunny Sevilla an honest, competent, no-nonsense professional whose departure will be a great loss to the Bureau of Customs and this administration. It is a sad day when principled professionals deem it untenable to stay in office.”
~Makati Business Club

Must-Watch
Bracing for the big one: Is Metro Manila quake-ready?

One thought on “PRESSURED”