ACCORDING TO THE National Oceanic and Atmospheric Administration, the first three months of 2015 set new global heat records.

ACCORDING TO THE National Oceanic and Atmospheric Administration, the first three months of 2015 set new global heat records. It’s so hot these days… Chinese ships in Panatag Shoal thought they’re doing Filipino fishermen a favor by firing water cannons at their vessels.

Guilty!
Oriental Mindoro’s current governor Alfonso Umali and former governor Rodolfo Valencia have been both found guilty of graft and corruption and were sentenced to prison terms of up to 10 years as well as perpetual disqualification from public office. The court has yet to decide though on a motion seeking to punish Mindoreño voters for making stupid choices.

Alfonso Umali, the incumbent governor of Oriental Mindoro and concurrent treasurer of the ruling Liberal Party has been found guilty of graft and corruption – prompting President Aquino to order an audit of the party’s finances.

Running
Senate President Franklin Drilon revealed that DILG Sec. Mar Roxas is interested in the presidency. The ‘presidency’ however has refused to say if the feeling is mutual.

According to Senator Drilon, the Liberal Party is exerting extra effort to help presumptive LP candidate Mar Roxas improve his poor survey ratings. Some party stalwarts are not sure though if Mar is okay with some of their suggestions like getting a tan and joining the Boy Scouts of the Philippines or the Alpha Phi Omega Fraternity. 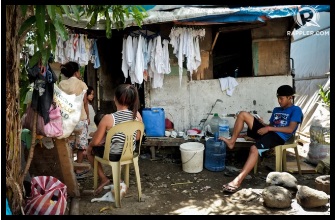 The Promise
Some informal settlers from Makati City who were relocated to the Makati Homeville resettlement area in Calauan, Laguna are complaining. They say the site lacks decent housing units as well as electricity and water supply. But a Makati City executive clarified that the city government promised a relocation site only – not housing units. Or as Sen. Nancy Binay put it, “You can’t have your cake and eat it too.”

Erap’s Birthday
Last April 19, former president and Manila Mayor Joseph Estrada celebrated his 78th birthday. What a life. He was mayor of San Juan for 16 years, senator for 5 years, vice president for 6, and president for 2 ½ years. His biggest achievement however was making Manila voters believe that he’s actually from Manila.

Revised!
Rappler recently discovered that Sen. Bongbong Marcos “made false claims about his undergraduate and graduate degrees” on the resumé uploaded on his official Senate website. When his late father, Ferdinand Marcos heard this, he said, “Anak nga kita.”

Sen. Bongbong Marcos has apparently revised his online resumé in which he – as Rappler discovered, “made false claims about his undergraduate and graduate degrees.” Last month, visitors of the Senate website started to question the veracity of his resumé entries when they noticed that under the heading ‘Siblings’ – Marcos allegedly wrote, “Grace Poe.” 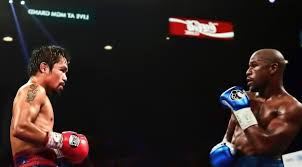 Quorum
At least a dozen Filipino lawmakers are watching Manny Pacquiao’s megabuck fight in Las Vegas, Nevada. The MGM Grand has in fact reserved a row for Pacquiao’s colleagues. It’s easy to spot the solons inside the arena because their seats have been marked with the words: “There goes your money Filipinos.”
———————————————————————————————————————————-
“With lies you may get ahead in the world — but you can never go back.”
~Russian proverb