HILLARY RODHAM CLINTON has officially announced that she would seek the US presidency in 2016. When asked if her announcement was made too early, Clinton replied, “It’s actually too late – by Binay’s standards.” 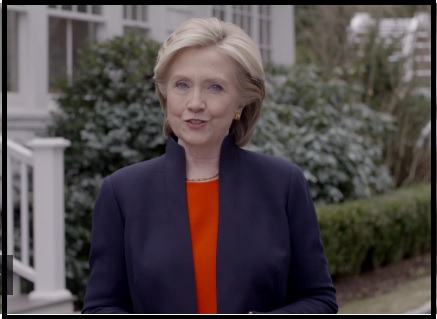 Former first lady and secretary of state Hillary Clinton has declared her intention to run for president in 2016. With her announcement, Hillary expects critics to pounce on her. But she’s unafraid saying she doesn’t own an hacienda and she didn’t benefit from an overpriced building anyway.

In announcing her bid for the US presidency, former first lady and secretary of state Hillary Clinton said, “Everyday Americans need a champion. I want to be that champion.” To which Filipinos replied, “Don’t give Manny Pacquiao the idea. Please.”

In 2012, former first lady and secretary of state Hillary Clinton said she wouldn’t run for president of the United States again. On Monday, she declared her bid for the presidency. Gloria Macapagal-Arroyo is suing her for copyright infringement.

All-time Low
Vice President Binay’s net satisfaction rating dropped to an all-time low according to the latest SWS survey. From +44 in December, it’s down to +31 in March. Since last year, his numbers have been declining. Even the Court of Appeals was like, “Can’t help you with that. Sorry.”

Quitting?
Online reports say DILG Secretary Mar Roxas is quitting his post this coming June. He didn’t elaborate on the matter but he told the media, “Everyday Filipinos need a champion. I want to be that champion.”

Advice
Reports say President Aquino has advised Sec. Mar Roxas to do something to improve his ratings in the presidential surveys. So this morning, Roxas petitioned the court to allow him to use the surname ‘Binay.’ 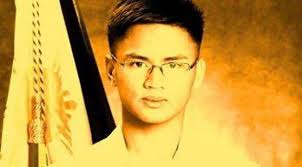 Second Chance
Aldrin Jeff Cudia, the controversial cadet who was dismissed from the PMA last year has passed the entrance exam at the UP College of Law. If you would recall, the PMA kicked Cudia out “for lying.” Now, he wants to be a lawyer. He’s on the right track. Congratulations!

Delfin Lee
In a letter sent to the Senate, detained real estate developer Delfin Lee of Globe Asiatique accused Vice President Binay of extortion. Lee, who is furious at Binay, is facing charges of syndicated estafa, a non-bailable offense. When asked if he believed in the adage, “Galit ang magnanakaw sa kapwa magnanakaw,” Lee replied, “Correction please! I am not galit!”

‘Milk Tea’ Tragedy
Based on the initial tests conducted by the Food and Drug Administration, no toxic substance was found in the milk tea sample that killed two persons in Sampaloc, Manila last Friday. The tea house has been ordered closed but the son of the owner insists their products are safe to consume. To prove his claim, he’s willing to send unlimited free samples to the Senate and Congress.
———————————————————————————————————————–
“Anyone who is capable of getting themselves made President should on no account be allowed to do the job.”
~Douglas Adams, The Hitchhiker’s Guide to the Galaxy

“Whatever happens, I will never tread the crooked path. I will only follow the straight path.”
~DILG Sec. Mar Roxas