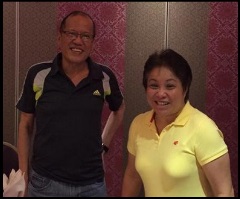 SPEAKING BEFORE some 2,000 members of the Integrated Bar of the Philippines in Cebu, Vice President Binay presented his plans for his first 100 days in office if he becomes president. In his speech, the Vice President called for “the elimination of graft and corruption.” The statement alarmed his allies, and fueled speculations he’s capable of hurting himself. 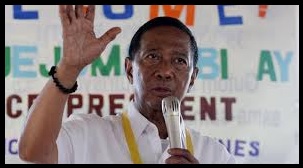 In his speech during the IBP convention in Cebu, Vice President Binay called for “the elimination of graft and corruption.” To those who say that the Vice President has no sense of humor, sorry to disappoint you.

Healthy
There was a rumor that President Aquino “collapsed” last Friday evening. According to Pulse Asia, the President’s BP dropped to its lowest level since he was elected president.

President Aquino has denied that he collapsed last Friday evening. There’s no truth to the rumor. Everything is normal: soda binge-drinking, smoking, coughing. Nothing to worry about.

Another rumor said the President collapsed, hit his head on something, and when he regained consciousness, he wanted to say sorry for the Mamasapano debacle. That rumor is so NOT true. It will never happen.

It was in fact TV5 reporter JV Lim Arcena who first tweeted about the rumor quoting his unidentified “source.” Apparently, Arcena was fed wrong or misleading information. Or as the President would say, “Nabola si Arcena.”

Makati Standoff
Supporters of Mayor Junjun Binay returned to the Makati City hall quadrangle Sunday following reports that Vice Mayor Kid Peña will attempt to enter the city hall on Monday. It has been an orderly gathering so far. Good day for democracy. And an even better day… for Jollibee. #soldout

Resign
According to a Pulse Asia survey, 29 percent of Filipinos were undecided on whether President Aquino should quit his post or not. As for those who took a stand: 42 percent said the President should NOT resign while 29 percent were militants.

Dissatisfied
A Pulse Asia survey showed 8 in 10 Filipinos were not satisfied with President Aquino’s explanation on the Mamasapano encounter. The other two were his spokesmen. 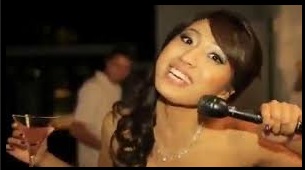 Jeane Returns
Pork barrel queen Janet Napoles’s controversial daughter Jeane is back in the country. Authorities were ordered to track her movements. Agents have been deployed in Fort Sto. Domingo, the Napoles residence, and all branches of Louis Vuitton, Bvlgari, Hermes, Balenciaga, Gucci and Prada.

PiaNoy
In an Instagram post, Kris Aquino revealed that her brother Noynoy was “kinikilig.” She’s apparently referring to rumors that the President has been seeing Miss Universe-Philippines Pia Wurtzbach. Critics are not as excited and optimist though. To avoid another heartbreak, they made a checklist for the President: Chocolates, check! Flowers, check! Dinner, check! Reality check.

She’s Got Balls
Georgina Wilson’s anti-Erap sentiment in 2009 resurfaced in 2014 – offending Estrada’s son, Jake Ejercito. She apologized for offending the Ejercitos but she refused to delete the tweet. Fierce!

Mega Meltdown
There was a time in 2012 when Sharon Cuneta would engage her online critics (mostly, Piolo Pascual sympathizers) in a nasty and angry exchange almost everyday of her not-so-busy-then life. She put the ‘patol’ in patola.

Ignoramus
A Villafuerte scion couldn’t, or probably refused to understand the outpouring of love for the late DILG Sec. Jesse Robredo. [The Villafuertes and Robredos were political rivals in Bicol.] He has since apologized for his tweets but not after getting pilloried by netizens.

Korina vs. Maligno
When I tweeted something about Korina Sanchez’s alleged anti-Binay commentary on radio, Nancy Binay replied. We’re still trying to get the side of the maligno. Can’t wait to see its reaction to the comparison.

Miriam vs. LGBT
Miriam Quiambao got flak for saying that being gay is “a lie from the devil.”  Too bad for Miriam, even God wouldn’t confirm the veracity of her statement.

Think before you click.
After a loss, outspoken Don Allado vented his frustrations at the referees by tweeting that games were “fixed” and that it was “a disgrace to be part of the PBA.” Allado was banned from playing for one season. Be careful what you wish for indeed!

Gibberish Jules
In case you didn’t know, Congress’s top absentee Jules Ledesma used to post “WTF was that” tweets such as this one. I wonder if he still does. Ambot!

Sound Bites
“For the first time, I was happy that my hair is short because it will show if I have stitches. I tried to feel my head, there’s no bump,”
~President Aquino on rumors he collapsed last week

Have a hassle-free week ahead!

One thought on “WHAT DIRECTION?”