HOW updated are you? Find out by answering this current events quiz. 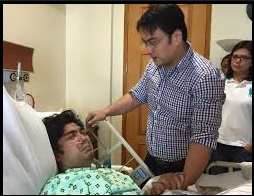 1: According to lawyer Raymond Fortun, what did Jolo Revilla tell Bong when the senator visited his son at the Asian Hospital?
A: “Papa, I’m sorry.”
B: “Papa, siguro naman titino ka na after this.”
C: “Papa, it was an accident.”
D: “Papa, should we tell the truth?”

2: Abu Bakr al-Baghdadi is the leader of what group?
A: BIFF
B: KathNiel Forever-Mindanao Chapter
C: ISIS
D: Boko Haram

4: According to economists surveyed by Bloomberg, this year’s “all-stars of the global economy” are forecast to grow more than 5 percent in 2015. That’s higher than the predicted worldwide average growth of 3.2 percent. China is expected to be No. 1. What country is ranked second?
A: Kenya
B: Japan
C: South Korea
D: Philippines

6: On Instagram, Kris Aquino announced that she’s treating members of the Quezon City Police District to free halo-halo in her fast food restaurant. Quezon City cops can avail themselves a total of how many free orders of halo-halo until Easter Sunday?
A: 1000
B: 100
C: 500
D: Order-All-You-Can

8: Who has been tapped to play the role of asylum-seeking CIA leaker Edward Snowden in the movie to be directed by Oliver Stone?
A: Jake Gyllenhaal
B: Shia LaBeouf
C: ER Ejercito
D: Joseph Gordon-Levitt

9: Recently indicted for plunder and seven counts of graft, party-list representative Edgar Valdez is now detained at Camp Bagong Diwa. If Bong was Pogi and Jinggoy was Sexy, what code name was used by Janet Napoles for Valdez?
A: Bigote
B: Kuryente
C: Adele Dazeem
D: Browny

10: Ranked 1,741st in the world, which athlete made it to Forbes’ elite list of billionaires?
A: Cristiano Ronaldo
B: Floyd Mayweather Jr.
C: Michael Jordan
D: Tiger Woods

11: If the Bangsamoro Basic Law is approved, how much money will be allocated annually for the envisioned new autonomous Muslim region?
A: P75 billion
B: P10 billion
C: P500 million
D: P50 billion 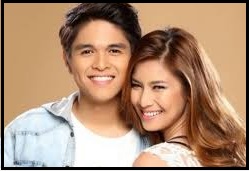