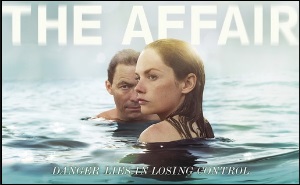 THE 2015 Golden Globe Awards were held at the Beverly Hilton Hotel in Beverly Hills, California the other night. The trophy for best TV drama was awarded to a new series called ‘The Affair.’ [I’m a huge fan of this program.] “The Affair” has a very familiar narrative. It tells the story of a much older, married man who fell in love with a younger, married woman. They’re both in jail now for plunder.

Papal Visit
Lingayen-Dagupan Archbishop Socrates Villegas says Leyte will be the “centerpiece” of Pope Francis’s 5-day visit to the Philippines. Of course, many people are excited to go to Palo or Tacloban City this weekend. Except for President Aquino.

In preparation for his Philippine visit, Pope Francis is reportedly learning to speak Tagalog. And he’s making significant progress. In fact, he now speaks better Filipino than some members of the Philippine Azkals.

A bit of trivia about Pope Francis. When he was a teenager, one of his lungs was removed following an infection. Yes, the Pope has only one lung and is still very much alive. But that’s nothing compared to many government officials who are still in office even if they’ve got no brain.

Here’s another fascinating fact. Do you know why Pope Francis easily gets along well with so many people – both Catholic and non-Catholic? ‘Coz he’s got a master’s degree in chemistry!

Epal Visit
Tweeted by GMA 7 News reporter Chino Gaston on Monday, this photo of a huge billboard welcoming Pope Francis in Leyte has the names of Cong. Ferdinand Martin Romualdez and his wife, Yedda. Defending her boss from critics, Rachel Santiago, a member of Congressman Romualdez’s staff said the tarp was approved by the archdiocese of Palo. To be fair, the billboard looks good, feels sincere, and smells 2016.

According to Rachel Santiago, a member of Romualdez’s staff, the tarpaulin with the names of Congressman Romualdez and his wife Yedda, is their way “of welcoming Pope Francis” and “of informing the public of his activities.” In response, Pope Francis said, “So ano’ng kunek ng dalawang names sa visit ko?”

Record Low
Vice President Binay’s net satisfaction rating hits a new record low. When sought for reaction, Binay’s new spokesman, lawyer Rico Paolo Quicho answered, “The Vice President remains focused and committed to fulfill his objective to promote the welfare of the poor and further address the growing needs of the Filipino people.” Quicho received a perfect 10 from the judges and easily advanced to the evening gown competition.

The Sign
The Anti-Money Laundering Council says Jinggoy Estrada “controlled” three bank accounts under the name “Juan Ng.” This, after the AMLC observed that Estrada’s and Ng’s penmanship on issued checks were “very similar.” Jinggoy was furious at the allegation but Erap was more furious at his son’s lack of originality.

Fined
For cancelled and behind the schedule flights during the Christmas rush last year, local airline Cebu Pacific was fined P52 million by the government. At press time, Cebu Pacific has yet to react on the penalty. Its official statement is delayed.

Nap
According to a recent study, taking a nap at work is good for your body. That probably explains why Sen. Lito Lapid is always healthy.

Congratulations to everyone who passed the UP College Admission Test (UPCAT)!