THE YEAR is almost over. Here’s a recap of some of my [personal] favorite posts from July to the present. In case you missed it… 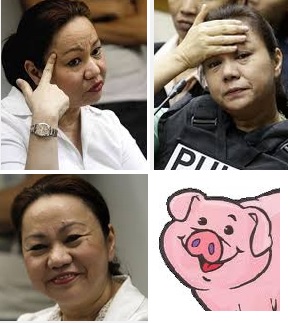 Enrile’s former chief of staff and rumored girlfriend Gigi Reyes was also arrested last Friday. Or as Cristina Enrile calls it, ‘the best day of my life.’

The Sandiganbayan ordered the transfer of Gigi Reyes to the BJMP jail at Camp Bagong Diwa, Bicutan, Taguig City. The anti-graft court denied her petition to be detained in Camp Crame. Prosecutors hailed the ruling as a victory for justice, taxpayers, and Cristina Enrile.

On Wednesday night, Gigi Reyes experienced anxiety attack – allegedly, so she was rushed to the Taguig-Pateros District Hospital. On Friday night, she was transferred to the Philippine Heart Center in Quezon City on suspicions she had a heart problem. Doctors immediately examined her and concluded she has a condition called, “still in love and couldn’t move on.”

The lawyer of Janet Lim-Napoles says the pork barrel queen is happy now because, “She has given up her life for the Lord.” This morning, the Lord replied, “No, thanks!”

The Sandiganbayan granted Gigi Reyes’s petition to undergo a brain scan at the PGH. The controversial lawyer, who is facing plunder charges reportedly banged her head against the wall last August 5. Aww, that’s unfortunate. Our thoughts and prayers go out to the wall.

A news report says Jinggoy Estrada is suffering from the same illness as Gloria Macapagal-Arroyo: arthritis of the neck. The report has been dismissed as baseless and preposterous mostly because Jinggoy doesn’t have a neck.

The Anti-Money Laundering Council has discovered that Bong Revilla lied in his SALN. Among other things. 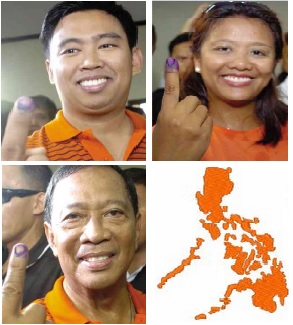 The Binays
Vice President Binay’s rating in Pulse Asia’s September 2014 survey on Filipinos’ presidential preferences dropped to 31 percent from 41 percent in June. Rumors say Binay is depressed because he lost 10 percent – something that’s unusual for him. He’s so used to gaining 13 percent.

Manila Mayor Joseph Estrada says he will run for president in 2016 if Vice President Binay is adopted by the Liberal Party. In short, the next elections will probably be a choice between Estrada and Binay. One is a womanizing, graft-tainted, long-serving politician and the other one is Erap.

Of the government’s four highest-ranking officials, Vice President Binay got the highest trust and approval rating. It was so high… Junjun Binay had to take the elevator.

Vice President Binay insists corruption allegations against him and his family are politically-motivated because he continues to top presidential surveys. Detractors should also be wary of the fact that mudslinging the Binays is a waste of mud. 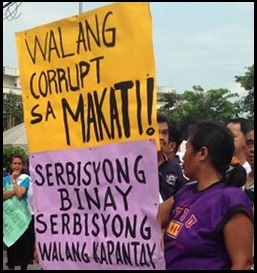 The alleged Binay estate in Rosario, Batangas has an air-conditioned piggery – the second of its kind to be built in the Philippines… after Batasang Pambansa.

The release of his youngest daughter’s Instagram photos has angered Vice President Binay. For him, what Alan Peter Cayetano did was too much. Joanna Marie Binay who captioned one of her photos, “Our place in Batangas.” has since deactivated her Instagram account. Antonio Tiu couldn’t help but pity the young Binay. He was so affected he came close to admitting that he owned the Instagram account.

Reports say tycoon Manny Pangilinan is being considered by Vice President Binay as a potential running mate in 2016. Interesting. One is an intelligent, hardworking guy who has made billions from his empire and the other one is Manny Pangilinan.

President Aquino
According to the latest Social Weather Stations survey, 55 percent of Filipinos were satisfied with President Aquino’s performance. The rest were Noranians.

According to online reports, President Aquino’s motorcade halted traffic on Haight St. in San Francisco, California when his entourage dropped by a McDonald’s restaurant to eat lunch. After finishing his meal, President Aquino bought some McDonald’s toys for his allies in Congress. Each of his solon-friends will get a Hamburglar.

According to the latest Pulse Asia survey, 6 in 10 Filipinos do not want a second term for President Aquino. The six were identified as Jojo, Junjun, Nancy, Abby, Anne, and Elenita.

Imelda
On her 85th birthday, Imelda Marcos prayed for strength to prolong her existence. In response, God gave her formalin.

On her birthday, Imelda visited her constituents and handed them cash gifts. The people thanked her for giving them back their money.

Imelda Marcos is confident of reclaiming Malacañang through her son Bongbong Marcos. If Marcos Jr. gets elected, his wife Louise will have too many shoes to fill.

Arrested
Jovito Palparan, the retired major general who was labeled as “The Butcher” by leftists has been arrested in Manila. The lone informant will receive a bounty of 2 million pesos. The NBI has submitted his name to the President, the DOJ and the BIR.

At least 10 police officers were allegedly behind the EDSA-Mandaluyong robbery-abduction case last week.Two of the cops were “repeat offenders.” SPO1 Ramil Hachero and PO2 Jonathan Rodriguez were slapped with the same charges in 2011. Apparently, they never learned. Hachero and Rodriguez are the Jinggoy Estrada of the police force.

Pacquiao
Manny Pacquiao has been drafted in the PBA by the team that earlier named him as coach. The world class boxer-turned actor-turned politician-turned TV host-turned motivational speaker-turned cager will suit up as KIA’s playing coach. That explains why TV5’s latest programming puts the PBA under the category ‘Sitcom.’

At the PBA Rookie Draft on Sunday, KIA also picked Manny’s cousin, the unheralded and the inexperienced Rene Pacquiao. Observers believe he was chosen only because of Manny’s influence and popularity. Rene Pacquiao is the Nancy Binay of the PBA.

Congested
According to the Bureau of Jail Management and Penology, the congestion rate of jails nationwide is now at 326 percent. In fact, some detention cells reportedly have congestion rates of more than 1,000 percent. However, not all facilities with criminals are congested. Exception: Batasang Pambansa.

Attraction
Manila Crocodile Park’s newest attraction is a huge croc named Longlong – a robotic replica of Lolong, once the world’s largest crocodile in captivity. Made of fiber glass and steel, Longlong can crawl, open its mouth, move its head, and deliver privilege speeches.

Be Proud
The 8th National Nutrition Survey of the Food and Nutrition Research Institute showed 3 out of 10 Filipinos were overweight and obese. To those three, don’t be sad and don’t feel bad. Double chin up!

Three years after signing a five-year [rumored] billion-peso contract with TV5, actress Sharon Cuneta has severed ties with the Kapatid Network. Sources say it wasn’t an easy decision. The Megastar will leave the network with a heavy heart, hips, arms, and thighs. 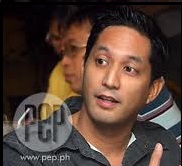 Video Scandal
TV host Paolo Bediones has filed a formal complaint against people who released and uploaded copies of his sex video. The PNP says the uploaded sex video is a vital piece of hard evidence that will definitely stand up in court.

Part 2 of newsman Paolo Bediones’s sex video is reportedly being shared online. Bediones has since apologized to his home network, and to Hayden Kho for ‘copyright infringement.’

Have a great weekend! Stay safe.

One thought on “THE SECOND HALF”