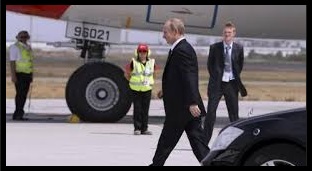 AFTER BEING criticized over Ukraine, Russian President Vladimir Putin walked out of the G20 summit, a gathering of the world’s largest economies in Australia. “He has been prejudged by the other leaders,” according to his spokesman Jonvicov Remullev.

After being grilled on the issue of Ukraine occupation, Russian President Vladimir Putin walked out of the G20 summit. Putin was offended when one of the leaders showed a photo of his daughter beside a swimming pool with the caption, “Our place in Kiev, Ukraine.”

Home
According to a recent study, a clean house can lead to ethical behavior. Apparently, both houses of Congress are dirty. 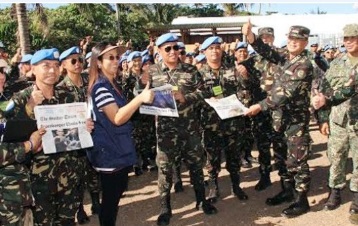 Home, Too
The Philippine College of Physicians criticized acting Health Sec. Janette Garin and top AFP officials for visiting without any protective gear and interacting with quarantined Filipino peacekeepers who have just arrived from Ebola-hit Liberia. The peacekeepers couldn’t wait to come home. Garin couldn’t wait to become secretary.

Top health and military officials without any protective gear visited and interacted with more than a hundred quarantined Filipino peacekeepers who have just arrived from Ebola-hit Liberia. The good news is there’s cure for Ebola. The bad news is there’s still no cure for stupidity.

Word War
The heated exchange between Tacloban City Mayor Afred Romualdez and rehabilitation czar Panfilo Lacson continues. On Monday, Romualdez renewed his call for Lacson to resign saying, “He keeps complaining.” Oh, hello there pot. I am kettle. Why so black? 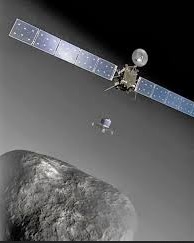 Comet Landing
For the first time in history, scientists at the European Space Agency successfully landed a washing machine-sized spacecraft on a moving comet. Great. We can land a space probe on a moving comet yet we can’t even make Binay face a probe or a debate.

Scientists successfully landed a spacecraft on a moving comet. Nice! We can make a space craft visit a comet but we can’t even make our own President visit Tacloban.

Last week, humans successfully landed a spacecraft on a comet. Initially, the spacecraft was refused entry because the guards insisted they had to seek permission first from Antonio Tiu.

Scientists at the European Space Agency successfully landed a spacecraft on a moving comet. We would like to send our condolences to Santa Claus who lost one of his reindeer. 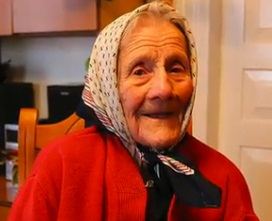 Alive!
A 91-year-old Polish woman who was pronounced dead by a doctor woke up in a morgue 11 hours later. That was one creepy rehearsal!

Janina Kolkiewicz, a 91-year-old woman who was declared dead by a doctor woke up in a morgue several hours later.  He was discovered by a funeral home employee who asked her, “How are you feeling?” And Janina replied, “I don’t feel any pressure right now. My family is the most important persons in my life.”
———————————————————————–
“Sickness is the vengeance of nature for the violation of her laws.”
~Charles Simmons 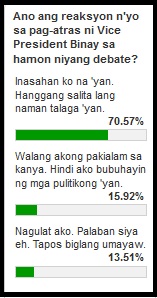 One thought on “WALKERS”