ONE OF THE favorites to win the basketball gold in the 17th Asian Games, the Philippines has just been eliminated. Gilas Pilipinas put the ‘heart’ in ‘heartbreaking.’ 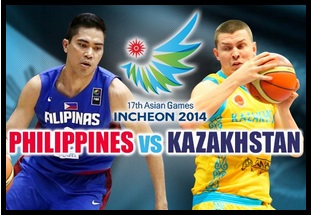 Gilas Pilipinas would have advanced if it won by at least 11 points against Kazakhstan. But the Kazakhs cut Gilas’ lead from as high as 18 to only 2 in the dying seconds. Hoping to send the game into overtime where it could win, Gilas intentionally scored at the wrong basket. What a cheap chot! I mean, shot. Sorry.

Last Friday, Coach Chot Reyes blamed the loss of Gilas Pilipinas against Qatar on naturalized Filipino Marcus Douthit saying, “Our big guy just quit on our team.” He then benched Douthit in the succeeding game against South Korea. Gilas lost again. And Douthit was like, “Don’t look at me now.”

Bitter rivals Gilas Pilipinas and South Korea faced each other again last Saturday. It was #heart and Seoul. Touted as one of the favorites and with shrieking fans cheering on, a confident Gilas Pilipinas falls. It was their ‘James Reid’ moment.

Tired
The Vice President’s legal counsel, Princess Turgano fainted while explaining Binay’s financial statement last Wednesday. That was understandable though since the surge in Binay’s wealth, from P2.6M to P60M, was dizzying. 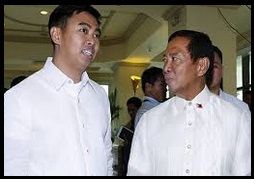 Men At Work
Instead of attending the Senate hearing to answer corruption allegations thrown against him, Vice President Binay visited poor residents of Tondo in Manila. So many people cheered, and queued up to see the Vice President up close and personal. The head count was close to 2016.

Makati City Mayor Junjun Binay has refused to attend the ongoing Senate hearing on the alleged overpricing of the P2.2 billion Makati City Hall Building II. Junjun says he’d rather work for the people of his city. Luckily, the Binays have an able spokesperson in the governor of Cavite who’d also rather work for the city of Makati.

Love Ko ‘To
Instead of eating at a fancy restaurant while in the US, President Aquino’s last meal was spent at McDonald’s in San Francisco. To which, Gloria Macapagal-Arroyo and Martin Romualdez said, “Pwede pala ‘yon?”

According to online reports, President Aquino’s motorcade halted traffic on Haight St. in San Francisco, California when his entourage dropped by a McDonald’s restaurant to eat lunch. Some motorists got pissed and were heard saying, “Who the hell does he think he is? Binay?!?”

Rumors say after finishing his meal, President Aquino bought some McDonald’s toys for his allies in Congress. Each of his solon-friends will get a Hamburglar.

Work Week
The Civil Service Commission (CSC) has approved the proposed four-day work week scheme for government employees in Metro Manila. In the new schedule, a workday has been extended to 10 hours: from 8AM to 7PM. Employees will have more time to serve the public and even longer hours to use Facebook for free.

After making the big announcement last Friday, PLDT Chair Manny Pangilinan said, “That’s better than politics.” And the Binay family was like, “Of course not!”

Congested
According to the Bureau of Jail Management and Penology, the congestion rate of jails nationwide is now at 326 percent. In fact, some detention cells reportedly have congestion rates of more than 1,000 percent. However, not all facilities with criminals are congested. Exception: Batasang Pambansa.
———————————————————————————————
“Sometimes you must lose everything to gain it again, and the regaining is the sweeter for the pain of loss.”
~Cassandra Clare

Have a safe and productive week ahead!