VICE PRESIDENT Binay is reportedly considering businessman Manny V. Pangilinan as a potential VP bet in 2016. Well-loved in the community, MVP is a good choice for running mate and an even better sanitizer.

MVP is being considered by Vice President Binay as a possible running mate in 2016. You know what that means? Unli- funds.

Vice President Binay is considering businessman Manny V. Pangilinan as a potential running mate in 2016. MVP and Binay will be a formidable team. One is a hardworking, revenue-oriented multimillionaire. And the other one is Manny V. Pangilinan.

God’s Will
According to Sen. Nancy Binay, the presidency is “all about destiny, God’s will.” In a statement, God replied, “Leave me out of your politics.”

Traffic
President Aquino apologized to commuters for the monstrous traffic jams. The apology was late because of traffic. 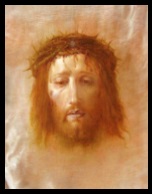 Relic
A sacred relic called ‘The Holy Face of Jesus from Manoppello’ from Rome will be brought to the country this month. The piece of cloth allegedly with an imprint of Jesus’s face is 500-years-old. To give you an idea of how old the relic is, Senator Enrile was still in grade school when it was discovered.

Royal Baby 2
William and Kate have announced that they’re having another baby – which is not really surprising. That’s what happens when couples are unemployed.

Resigned?
Paolo Bediones has reportedly resigned as news anchor of TV5’s late-night newscast. It was a bold decision.

Billy Crawford underwent inquest proceedings at Taguig RTC Monday morning. He was charged with malicious mischief and disobedience to a person in authority. If worse comes to worst, Billy plans to just enter a plea of “Not sober.”

I can’t contain myself if I’m under the influence of alcohol.”
~Billy Crawford