DOTC SECRETARY Joseph Emilio Abaya took an MRT ride last week from Ortigas to North EDSA station around 1PM, an off-peak hour and on the first coach reserved for women, children, the disabled, and the elderly. For trumpeting that it was “a pleasant ride” which he enjoyed, Mr. Secretary got flak from the public. Abaya quickly denied he was insulting the intelligence of commuters. Yeah. He just assumed they didn’t have any.

During an off-peak hour, DOTC Secretary Joseph Abaya and his bodyguards took an MRT ride last week on the first coach reserved for women, children, the disabled, and the elderly. The train-riding public railed against it.

Deputy presidential spokesman Abigail Valte also took the MRT Rush Hour Challenge Monday morning. She stood in line for 37 long minutes — which was nothing compared to the time she spends every morning standing in front of the mirror.

Senate Hearing
These days, MRT officials say, train riders wait in line for at least 30 minutes before they could get a ride. Or 30 seconds if their name is Joseph Emilio Abaya.

In today’s Senate hearing, MRT officials say part of the proposed rehab plan is the installation of free wi-fi at MRT-3 so that commuters waiting for trains can use their gadgets. The proposal was lauded by gamers, Internet addicts, and thieves.

Congresswoman Abby Binay says Mayor Lani Cayetano has “unfriended” her on Facebook. Despite this development, Sen. Alan Peter Cayetano has no plans of unfriending Sen. Nancy Binay because he subscribes to the dictum, “Keep your friends close and your enemies closer.” 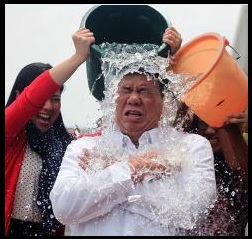 #IceBucketChallenge
Sen. Franklin Drilon took the Ice Bucket Challenge in the Senate Monday. Although he accepted the challenge, he vowed to still donate a portion of his huge DAP allocation to charity.

On Monday morning, buckets of water were poured over the head of Sen. Franklin Drilon as he took the Ice Bucket Challenge. Moments later, Maynilad warned its customers of a looming water supply shortage.

Senator Drilon accepted the Ice Bucket Challenge to raise awareness on the importance of water conservation. 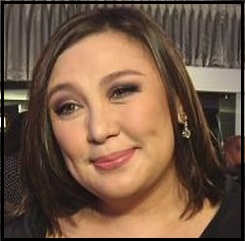 Mega Move
Actress Sharon Cuneta has decided to terminate her billion-peso contract with TV5. Reports say the Megastar was happy with her decision – but TV5 was happier.

Three years after signing a five-year [rumored] billion-peso contract with TV5, actress Sharon Cuneta has severed ties with the Kapatid Network. Sources say it wasn’t an easy decision. The Megastar will leave the network with a heavy heart, hips, arms, and thighs.
——————————————————————————-
“Loyalty to the country always. Loyalty to the government when it deserves it.”
~Mark Twain

Have a great September!