NEARLY 26 PERCENT of Filipino adults were without jobs in June according to a survey conducted by the Social Weather Stations. Those Filipinos have done nothing and haven’t accomplished anything in recent months. In fact, they have a nickname for themselves: congressmen.

Almost 26 percent of Filipino adults are without jobs at present and are looking for work. To be fair, these Filipinos wanted to actually work and are eager to accomplish things. Unlike those people in charge of the MRT.

I have a couple more jokes about unemployed Filipinos. But I was afraid they wouldn’t work.

Focus
In an event Monday, President Aquino took a swipe at those who were already campaigning ahead of the 2016 elections. The President said Filipinos should focus their attention instead on some of the nation’s biggest problems. When the audience heard this, they stared at the President.

Dare
In a press statement, Isabela Representative Rodito Albano dared President Aquino to take the MRT to “experience the suffering” of his bosses. Albano drafted the statement while aboard his multimillion-peso luxury vehicle.

Malacañang rejected Albano’s challenge for President Aquino to ride the congested MRT… not because of security issues but because the MRT doesn’t allow smoking. 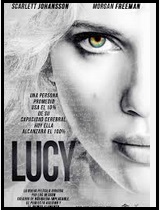 Lucy
Have you seen the film Lucy? The action-packed Scarlett Johansson-starrer has received mixed reviews from critics. Personally though, I find the silliness entertaining. It also perpetuates the age-old myth that humans use only 10 percent of their brain. Yeah, it’s only a myth unless of course we’re talking about government officials, then it’s probably true.

The Pope
Talking to reporters aboard the papal plane to the Vatican from South Korea, Pope Francis said he’d probably be gone in two or three years. Mar Roxas and the Liberal Party are pushing for a term extension.

Saying he has done his part, Pope Francis (Jorge Bergoglio) believes he’ll probably be gone in two or three years. His youngest sister Krissy Bergoglio became emotional and was caught on cam crying.

Shrimps
While hosting an event in Davao City, comedian Ramon Bautista joked that there were many “babaeng hipon” in the city. The bad news: the feisty Dutertes were offended by the joke. The good news: Ramon made it out of Davao alive.

While hosting an event in Davao City, comedian Ramon Bautista joked that there were many ‘babaeng hipon” in the city. The joke offended Vice Mayor Paolo Duterte who was present in the event. Duterte reprimanded the comedian. Ramon was compelled to apologize for describing those women.

FHM Sex Survey
According to the FHM 2014 National Sex I.Q. Survey in the Philippines, 33 percent of respondents have been criticized by a woman in bed. When sought to elaborate, one respondent declined and said, “Filipinos should focus their attention instead on some of  the nation’s biggest problems.” 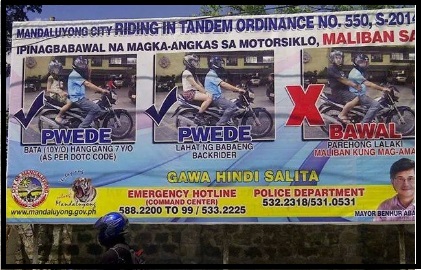