BASED ON recent events in the Philippines, this list was inspired by the viral two-sentence horror stories that originally appeared on Reddit. 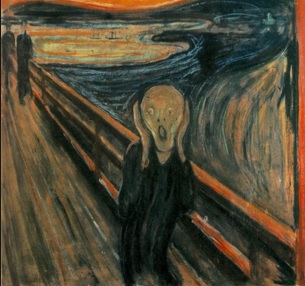 2: The new vice president is about to take his oath of office. Joseph Estrada has never been this proud of his son, Jinggoy.

3: The Sandiganbayan was left with no choice but to allow the transfer of Gigi Reyes to St. Luke’s Medical Center in Taguig. BJMP-appointed doctors say she’s been in labor for three hours and the baby’s not breathing.

6: In his homily, the bishop talked about forgiveness, compassion, and giving people second chances. He’s the spiritual adviser of Janet Napoles.

7: The reporter is surrounded by sparkling diamonds, pearls, and luxury purses. It’s the annual SONA Red Carpet in Batasan Complex.

8: He entered the room and saw red, black, and blue. He panicked but it was too late to quit the brotherhood.

9: In the mock polls conducted Wednesday, Bongbong Marcos emerged as the students’ top pick for president. The mock election was held in Ateneo.

10: Bro. Mike Velarde and his wife celebrated their golden wedding anniversary at the El Shaddai House on Friday. Dozens of politicians were present.

11: It’s a rainy, rush hour Friday payday. You’re aboard a passenger bus and couldn’t hold your pee any longer.

12: I have been waiting to be served in the crowded SSS office for almost four hours. When it was already my turn, the staff announced a 90-minute lunch break.

13: The traffic lights are working. A traffic enforcer emerges from the police outpost and decides to direct the traffic himself.

14: You died but was given another chance to “live.” You were resurrected as Janet Napoles’s vagina.

15: Miguel has an 8AM meeting in Makati and it’s already 7:30. The sea of people at the MRT North Avenue station makes him dizzy.

16: Within minutes, the heavy and continuous rains submerged streets in the metro. Classes were then suspended and students were advised to go home.

17: After a long bus ride from work, the starving office employee slumped into a chair. It was only Monday.

18: Miss Universe candidates are expected to arrive next week. The pageant is being held in Ukraine.

19: Star Cinema has released an extended trailer of its latest project – a heavy drama. Playing the role of twins in the movie is Kris Aquino.

And finally…
20: There are more than seven billion people on Earth today. You’re still loveless.

Emotional
Lawyer Gigi Reyes who arrived at the Sandiganbayan in handcuffs Friday reportedly cried during her arraignment. But the emotional moment became awkward when the justices and everyone else in the courtroom applauded and gave her a standing ovation.
————————————————————————————–
“We make up horrors to help us cope with the real ones.”
~ Stephen King

Sound Bites
“It is kind of the world’s biggest crime scene right now.”
~ Michael Bociurkiw, spokesman of the Organisation for Security and Cooperation in Europe describing the crash scene of Malaysia Airlines flight MH17

What have we become?