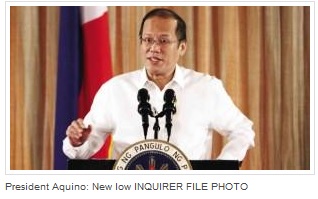 PRESIDENT AQUINO’s net satisfaction rating has dropped 20 percent in June to an all-time low +25. It was +45 in March. Analysts say the only thing that could reverse the trend is for Cory Aquino to die again.

According to the latest Social Weather Stations survey, 55 percent of Filipinos were satisfied with President Aquino’s performance. The rest were Noranians.

“Use It or Lose It”
Last Monday, the President addressed the nation to defend the controversial Disbursement Acceleration Program. He slammed the Supreme Court for declaring DAP unlawful. President Aquino’s net satisfaction rating has dropped so low the only thing he’s above now is the law.

In his address, President Aquino used popular catchphrases such as “Now na!” and “Excuse me…” When sought for reaction, the opposition said, “Whatevs!” 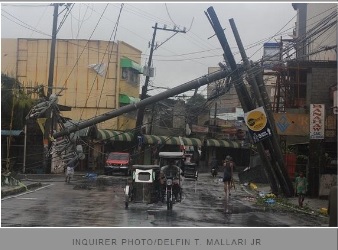 Glenda
What a week for Luzon residents! The weather was just terrible. ‘Glenda’ (international name: Rammasun) was one of the most stubborn typhoons we’ve had in years. It was that stubborn PAGASA almost changed its name to ‘Noynoy.’

Gigi
Dr. Anthony Lontoc of the Taguig-Pateros District Hospital (TPDH) says Gigi Reyes has “suicidal tendencies.” Filipinos are not convinced. They want her to prove it. Now na!

Lawyer Gigi Reyes has been brought back to Camp Bagong Diwa in Taguig from the Philippine Heart Center in Quezon City. A series of separate tests at the Heart Center and TPDH showed similar results: she can act.

Deniece
As a sign of protest against the dismissal of her case against Vhong Navarro, detained model-wannabe Deniece Cornejo “slashed” her wrist. Your turn Gigi Reyes, your turn.

Just Married
In Mexico, a politician married a crocodile for good luck. In the Philippines, politicians don’t marry crocodiles. They ARE the crocodiles. 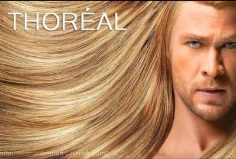 New Thor
Marvel will soon introduce a new Thor. And she’s a woman. Yes, the son of Odin will soon be transformed into a female character. The story begins with Thor’s visit to Thailand.

The new Thor will be a woman. Her enemies will never ever win – an argument against her.

Sound Bites
“I am sure the people do not believe P-Noy stole or pocketed the money.”
~Sen. Sonny Angara on President Aquino’s defense and DAP

One thought on “NOW NA!”