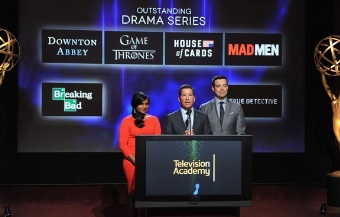 THE 66th ANNUAL Primetime Emmy Awards nominations have been announced. For best drama series, ‘Game of Thrones’ got 19 nominations. In the acting category, Gigi Reyes got 20!

Senator Enrile’s ex-chief of staff Gigi Reyes was not able to attend her arraignment. She cited a history of Bell’s palsy seizure and coronary artery disease, and complained of chest pains, hypertension, headaches, difficulty in breathing, stiffening of hands and feet, fatigue, and palpitations. Attending physicians called it neurocirculatory asthenia. In layman’s terms, karma. 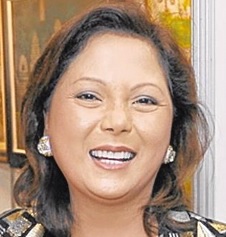 Gigi Reyes was not able to attend her arraignment. The hospital bulletin says Reyes lacks the appetite to eat and often gets dizzy – prompting Senator Enrile to issue a preemptive statement denying he’s the father.

This alleged plunderer spent less than five hours in jail. On Wednesday night, Gigi Reyes experienced anxiety attack – allegedly, so she was rushed to the Taguig-Pateros District Hospital. On Friday night, she was transferred to the Philippine Heart Center in Quezon City on suspicions she had a heart problem. Doctors immediately examined her and concluded she has a condition called, “still in love and couldn’t move on.”

Rejected
Last Thursday, Budget Secretary Butch Abad offered to step down. However, President Aquino decided to reject the resignation. That was a bald decision, I mean bold.

Sec. Florencio ‘Butch’ Abad offered to resign. Had the President accepted it, there would only be eight Abads left in government.

Embattled Budget Secretary Butch Abad offered to quit his post. But President Aquino refused to let him go. Even Mrs. Henedina Abad was like, “Clingy much?!”

President Aquino has rejected the resignation of Budget Sec. Butch Abad. To be fair to Kris Aquino, she knows when to “graciously let go.”

Delicadeza
The Japanese politician who cried on TV while defending himself against allegations he pocketed people’s money has resigned. Too bad he’s not that close to the president.

The remorseful Japanese politician who was accused of corruption has resigned. When Jinggoy and Bong heard the news, they said, “’Buti na lang ‘di tayo Japanese.”

Happy
The lawyer of Janet Lim-Napoles says the pork barrel queen is happy now because, “She has given up her life for the Lord.” This morning, the Lord replied, “No, thanks!” 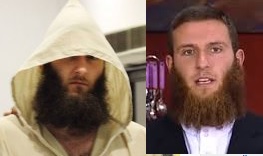 Arrested
Robert Edward Musa Cerantonio, an Australian national with alleged links to Iraqi extremist group ISIS was arrested in Lapu-lapu City in Cebu. Authorities however began to suspect that Cerantonio was Filipino when he started to complain of anxiety attack and asked for a wheelchair.

Again, Cowards
Four (not one as initially reported) frat men who were tagged as suspects in the fatal hazing of Benilde sophomore student Guillo Cesar Servando have left the country. The suspects who decided to flee were members of the Tago Gamma Phi fraternity.
——————————————————————
“The law should be a shield for the weak and powerless, not a club for the powerful.”
~Roy Barnes, former governor of Georgia, USA