THE PRIEST who humiliated an unwed, teenage mom during a baptismal ceremony in Mandaue City, Cebu has issued an apology. Fr. Romeo Obach apologized for his “rude attitude.” He admitted that the incident has taught him an important lesson: never allow the use of camera phones inside the church.

A Catholic priest officiating a baptismal ceremony in Mandaue City was caught on video condemning the baby’s unwed mom. Berating the woman, Fr. Romeo Obach said, “You are shameless. You slept with a man who is not even your husband.” To protect her privacy, the woman was identified in some news reports only as “alias Kris Aquino.”

To the teenage mom’s relatives, Fr. Romeo Obach asked, “Is she being a good Christian? Will you spread your legs for a man you barely know?” It’s 2014 Father. You have no freakin’ idea!

Father Obach’s congregation, the Redemptorists of the Province of Cebu has denounced his “unacceptable act.” While the group considers Obach “a good missionary,” it has vowed to impose appropriate sanctions once the ongoing probe is completed. In punishing members and allies who commit mistakes, the Congregation wants to set a good example to parishioners, priests, and the Aquino administration!

Gigi
The Sandiganbayan ordered the transfer of Gigi Reyes to the BJMP jail at Camp Bagong Diwa, Bicutan, Taguig City. The anti-graft court denied her petition to be detained in Camp Crame. Prosecutors hailed the ruling as a victory for justice, taxpayers, and Cristina Enrile.

Lawyer Jessica Lucila ‘Gigi’ Reyes is now detained in a regular jail with hardened criminals. The once powerful and influential Senate chief of staff couldn’t believe these things are happening. She feels awful, horrible, and defeated. In short, Butch Abad.

Senator Enrile’s influential former chief of staff Gigi Reyes was ordered transferred to a regular jail for women in Bicutan. I heard she’s the 24th inmate.

Gigi Reyes is now in Bicutan, Taguig. That makes her Taguig’s 3rd senator.

Snubbed
Sen. JV Ejercito visited Sen. Juan Ponce Enrile in Camp Crame the other day. But the neophyte lawmaker did not visit his half-brother Jinggoy Estrada who’s also jailed in Camp Crame. Sources say JV opted to return to work instead of checking on a depressed Jinggoy. You know, business before pleasure.

Napoles
Suspected pork barrel queen Janet Lim-Napoles reportedly sent a note to the CBCP asking that she be taken into protective custody by the bishops. The CBCP didn’t take it seriously because the note was sent with a box of ensaymada.

Exclusive! The note sent by Napoles to the CBCP: 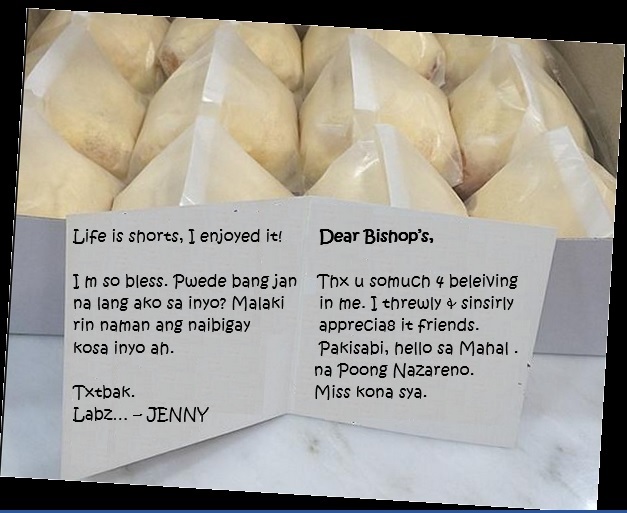 World Cup
Everyone’s talking about Brazil’s heartbreaking and humiliating 1-7 loss to Germany in the semifinals of the 2014 FIFA World Cup. Germany scored its first five goals in a span of only 19 minutes! Brazil’s defense was even worse than Malacañang’s defense of DAP.

At last, it’s the World Cup finals! Germany takes on Argentina. This 2014 World Cup has been going on for like almost a month! Yes, that long. In fact, when the first match of this World Cup started, Herbert Bautista was still in love with Kris Aquino.

When the first match of this World Cup started, Butch Abad’s DAP was “still” constitutional.

When the first match of this World Cup started, Imelda Marcos was only 84!

Wanted: Coward
One of the suspects in the death of hazing victim Guillo Cesar Servando of the College of St. Benilde has fled the country. Kevin John Navoa of the Tau Gamma Phi fraternity reportedly left in haste: no luggage, no clothes, and definitely, no balls! 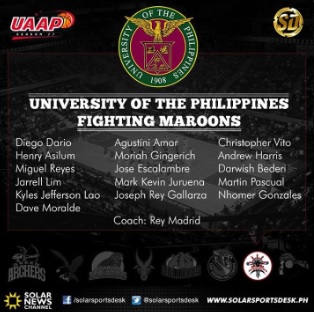 UAAP
Season 77 of the UAAP officially begins on Saturday, July 12. Reports say prominent fans will be cheering for their favorites. There’s Vice Ganda for FEU; Mike Enriquez for DLSU, and Imelda Marcos for Ateneo.

Sound Bites
“These are the hypocrites of today – the ones who clericalize the church, who keep the people of God from salvation.”
~Pope Francis on priests who refuse to baptize children of unwed moms

2 thoughts on “HYPOCRITES AND COWARDS”