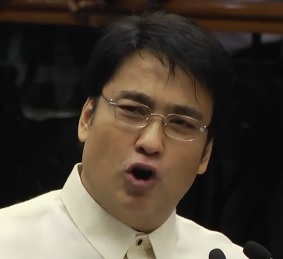 BONG REVILLA delivered a privilege speech on Monday, June 9. After the speech, his fellow senators took turns congratulating him for the successful launch of his recording career.

Bong Revilla ended his privilege speech with a song – an original composition, in a music video presentation… prompting the Ombudsman to file additional charges against him for offending the public’s sensibilities.

The privilege speech of Bong Revilla on Monday was short. But he surprised everyone when he ended it with a song, an original composition. While the song was being played, shocked netizens kept asking, “What the fuck was he thinking?” He wasn’t.

On Monday, Bong Revilla delivered another privilege speech. This time, he was calm. And “composed.”

Bong Revilla thanked Senate President Franklin Drilon and expressed confidence that under his leadership, the Senate will successfully rebuild itself as an institution. And then he broke into a song. Talk about rebuilding! 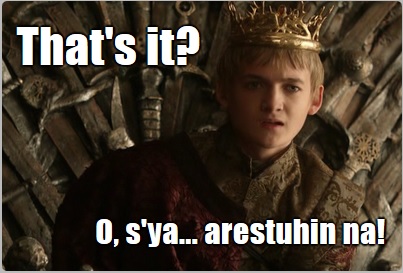 According to Bong Revilla, President Aquino’s remaining two years in office must focus on addressing the needs of the Filipino people. He also advised Aquino to “lead the country not with hatred but with love.” The President’s spokespersons refuse to be upstaged so Abigail Valte, Sonny Coloma and Edwin Lacierda will answer Bong’s concerns while pole dancing.

After giving President Aquino a lecture, Bong Revilla bared his own “list.” Topping the list was God. He said God would never abandon him. In a statement, God denounced the ‘shameless namedropping.’

The embattled senator thanked everyone – senators, politicians, friends, movie fans, and loyal supporters who had helped him, one way or another. Janet Napoles resented the apparent snub.

Bong Revilla also expressed his gratitude to some 20 million Filipinos who voted him into office. I hope you’ve learned your lesson guys.

The Lakas Party member also thanked Lakas stalwart and former president Gloria Macapagal-Arroyo for being his “mentor.” No wonder.

Addressing Sen. Sonny Angara, the actor-politician said, “I look up to your father.” And Sen. Loren Legarda was like, “I know, right?”

The family, friends, and staff of Bong Revilla were all present at the Senate gallery. There’s no truth to nasty rumors that their seats were labeled, ‘This is where your taxes go.’

Krissy
Reacting to Bong Revilla’s criticism of his brother, Kris Aquino said, “Silence is better than BS (bullshit).” And Bong was like, “Is that for me o ‘note to self?’ 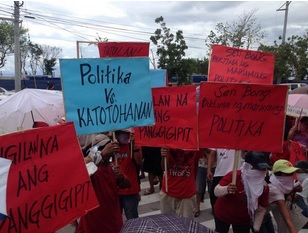 CBCP’s Call
The Catholic Bishops’ Conference of the Philippines urged Filipinos not to condemn pork barrel thieves. Quoting a verse from the Bible, CBCP President Socrates Villegas said, “Who are we to condemn? Let the one who has no sin be the first to cast a stone.” To which God replied, “Ewan ko sa ‘yo!”

CBCP President Socrates Villegas said Filipinos must not condemn people who stole taxpayers’ money. Coming from someone who doesn’t pay taxes, that’s totally understandable.
————————————————————————————
“Every man is guilty of all the good he did not do.”
~Voltaire 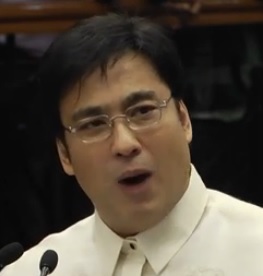 3 thoughts on “THE SINGING B (ANAK NG TETENG II)”