TWO YEARS before the May 2016 national elections, Pulse Asia released a survey on potential presidential candidates. The big winner was Vice President Jejomar Binay. But the biggest winners were Tanda, Pogi and Sexy.

Pulse Asia asked some 1,200 respondents, “Of the people in this list, whom would you vote for if the 2016 presidential elections were held today and they were candidates?” Vice President Binay got 40 percent. Sen. Grace Poe got 15 percent. Sen. Miriam Defensor-Santiago got 10 percent. Sen. Francis Escudero got 9 percent and DILG Sec. Mar Roxas got upset.

Right now, observers believe Jejomar Binay is the man to BEAT. To which Korina Sanchez said, “Oh, I’d love to!”

Mar and Jojo
On Twitter, Vice President Binay posted a photo of him and DILG Sec. Mar Roxas. The shot was taken at the Army headquarters in Taguig City where US President Obama delivered a speech last Tuesday. It was actually Sen. Loren Legarda who asked the feuding political rivals to pose for that rare photo-op. Legarda is now the frontrunner for the Nobel Peace Prize.

According to DILG Sec. Mar Roxas, he didn’t feel awkward shaking hands with Vice President Binay. During their brief conversation, Roxas said they talked about basketball. It was nice to see them share a light moment. Of course, it would have been a tense moment if they talked about golf.

CBCP, Again
Fr. Edu Gariguez, executive secretary of the CBCP’s National Secretariat for Social Action criticized the government for spending thousands of pesos for US President Barack Obama’s overnight hotel stay. The CHURCH official said the money spent during the Obama visit came from TAXPAYERS. Which begs the question, so why are you ranting?

Salary Hike
Sen. Antonio Trillanes has filed a bill that seeks to, among others, increase the monthly salary of lawmakers from P90,000 to over P350,000, saying this will help curb corruption in government. Trillanes has underestimated the greed of lawmakers.

Selfie
Critics slammed Ilocos Norte Rep. Rudy Fariñas for the manner in which he took a selfie with Pope Francis last weekend. Fariñas almost hit the face of Philippine Ambassador to the Holy See Mercedes Tuazon when he posed with the Pope who was still talking and shaking hands with Tuazon. Supporters of Fariñas defended the solon saying there was nothing wrong with what he did and that the Pope was ‘game’ anyway. Palusot.

Ilocos Norte Rep. Rudy Fariñas took a selfie with Pope Francis last weekend. Fariñas called it the “selfie of my life.” Reacting to the photo, a netizen said, “Inggit si ako. Suwerte si ikaw.” [If you don’t get this, do some research.]

Free!
The government announced that both public and private employees would get a free MRT/LRT ride on May 1. That’s how the government observes Labor Day – giving a free ride to employees on a non-working, rest day. Salamat naman!

Arraigned
Businessman Cedric Lee and mixed martial artist Simeon Palma aka Zimmer Raz were arraigned Wednesday on the illegal detention case filed by Vhong Navarro. Earlier, Raz complained that he and Cedric were being “demonized.” To which, the demon said, “Excuse me! Mas grabe naman kayo ‘no!?” 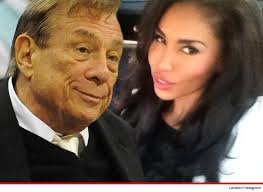 NBA News
The owner of the LA Clippers, Donald Sterling was banned for life by the NBA over his racist statements. Sterling is now 80. He has a girlfriend more than half his age. The girlfriend is being blamed for his misery. If he’s Filipino, he could be the next Senate Minority Floor Leader.

Polygamy
Kenyan President Uhuru Kenyatta has signed a law that allows men to marry as many women as they want. When Bong Revilla heard this, he said, “Paano pumunta sa Kenya?”

2 thoughts on “OF SURVEYS, SALARY, AND SELFIES”