LIBERAL PARTY stalwart and DOTC Sec. Joseph Abaya confirmed DILG Sec. Mar Roxas would be the LP’s standard bearer in 2016. Partymates describe Roxas as a good choice. Political observers described the decision as a “no choice.”

Liberal Party stalwart Joseph Abaya says Sec. Mar Roxas “will carry the flag for the LP” in the 2016 presidential elections. Unless, of course, something unfortunate happens to the popular mother or father of another LP member. (But nobody wants that to happen. Not the LP members and definitely not Korina Sanchez.)

Malacañang on Wednesday clarified that President Aquino has yet to choose the Liberal Party’s standard bearer for 2016. The President wants someone who is honest, decent, and ready to accept defeat.

Summer
The weather bureau has declared that summer has officially started. It’s the dry season. Or as President Aquino calls it, “My sex life.” 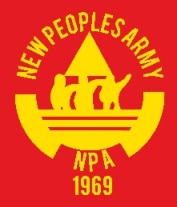 Anniversary
On March 29, the Communist Party of the Philippines will celebrate the 45th anniversary of the New People’s Army. The NPA’s armed rebellion has been going on for 45 long years. Even China was like, “Hilarious!”

The tipsters who provided information that led to the arrest of top communist leaders last weekend will reportedly receive 11.2 million pesos. The AFP denied rumors that the reward is subject to 10 percent revolutionary tax. 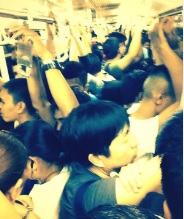 MRT Accident
A “sudden braking” accident at the MRT 3 Wednesday morning, which injured a dozen passengers was blamed on the driver. The MRT management says the driver has been in the service for only six months. Apparently, his blunder was due to inexperience. The driver was identified only by his nickname, Noynoy. 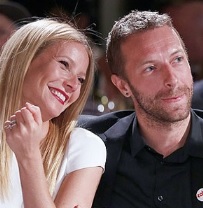 Gwen and Chris
After 10 years of marriage, actress Gwyneth Paltrow and Coldplay front man Chris Martin separated – in a move they called “conscious uncoupling.” Lawmakers should follow their lead and consciously uncouple from their corrupt practices.

Gwyneth Paltrow and Chris Martin have called it quits. Gwyneth will reportedly speak soon about their marital problems on TV together with her sisters Ballsy, Pinky, and Viel Paltrow.

Gwyneth Paltrow has decided to separate from Chris Martin. Gwyneth is now part of Russia. 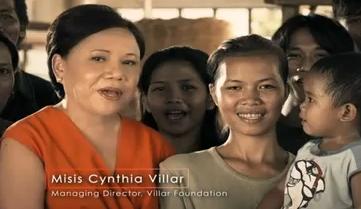 Surprised
When Sen. Cynthia Villar heard that Ruby Tuason had ties with the Napoleses, she was really surprised. Her face had difficulty showing it but she was.

Your Eyes
According to the Philippine Academy of Ophthalmology, more than two million Filipinos will develop visual impairment this year due to various reasons. I see.

De Lima’s Ex
Sacked NBI Deputy Director for Intelligence Services Reynaldo Esmeralda says lawyer Plaridel Bohol, the ex-husband of Justice Sec. Leila De Lima together with two other former NBI officials met with Janet Lim-Napoles before she was arrested. De Lima dismissed Esmeralda’s revelation as malicious since it’s been a long time ago since she and Bohol consciously uncoupled.

Libel
Erwin Tulfo sued the Philippine Daily Inquirer for libel. He is demanding 12 million pesos in damages from the Inquirer. That’s huge. If he wins, he doesn’t have to solicit ads from NABCOR anymore.

Divergent
Divergent opened in theaters last March 19. In the movie, citizens of a futuristic society are divided into five factions based on their personalities: Abnegation (selfless); Amity (kind); Candor (honest); Erudite (intelligent), and Thieves (lawmakers). 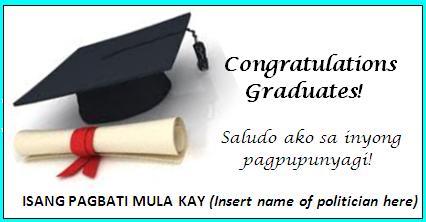 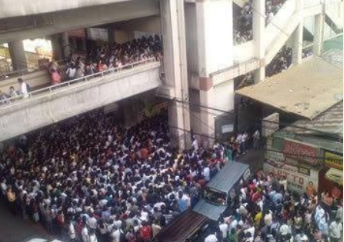 Sound Bites
“Happy anniversary. We have arrested your No. 1 and No. 2!”
~ Lt. Col. Ramon Zagala, AFP Public Affairs Office Chief

3 thoughts on “CONSCIOUS UNCOUPLING, THE MRT, DIVERGENT, AND OTHER STORIES”