IT’S SUMMER! It’s so hot out there people are flocking to the Senate just to be near something shady.

Jinggoy Part II
In yet another privilege speech, Jinggoy Estrada lamented he had been “depicted as the epitome and personification” of a corrupt public official. To be fair, he earned it.

Sorry
Four months after Yolanda’s devastation in the Visayas, President Aquino apologized for the slow and late response of the government. Four months from now, he will say sorry again for the late apology. 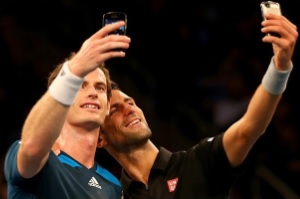 ‘Selfiest’
According to a TIME magazine study, the cities of Makati and Pasig produce more selfies per capita than any other city in the world. They also have the most number of people with the highest tolerance level for anything unsightly.

A study conducted by TIME magazine revealed per 100,000 people in Makati and Pasig, 258 are selfie-takers. The rest have better things to do.

Primetime Ban
Buhay party-list Rep. Lito Atienza has filed a bill that seeks to ban the airing of foreign TV series like Asian telenovelas on primetime. According to Atienza, foreign teleseryes are “eating into the primetime schedules of television companies.” Which begs the question, “Why do you care?”

Lito Atienza, who was elected to Congress via the party-list polls wants to ban the airing of foreign TV series on free channels from 6pm to 10pm. Violators will be dealt with harshly. They will be required to wear floral shirts everyday for six months.

Forced Remittance
A member of Congress recently filed a bill that would require OFWs to send monthly remittances to their families. If not feasting on our taxes, they’re meddling with our personal finances. What’s next? 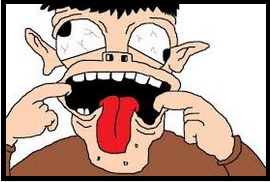 No. 5: An act seeking to penalize netizens who ‘Like’ their own Facebook statuses or ‘Favorite’ their own tweets

No. 4: An act establishing public farting areas in every barangay in the country

No. 3: An act prohibiting Kris Aquino from talking about her personal/sex life in all media platforms

No. 2: An act requiring Filipinos to show proof they actually prayed after posting the hashtag #PrayFor(Something or Someone) on social media

And the No. 1 predicted proposed measure to be filed by our brilliant lawmakers soon:

Unchristian
A CBCP official was quoted to have said that the BIR’s recent print ad (that offended a number of doctors) was un-Christian. Strong statement from a member of a group that doesn’t pay taxes at all. 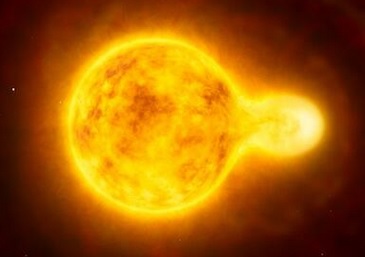 Largest
Astronomers have discovered the largest yellow star ever observed in the galaxy. They named it Conrad De Quiros.

Sacked
Police Senior Supt. Conrado Capa, leader of Task Force Tugis that nabbed fugitive land developer Delfin Lee was upset. He told the media he’s been removed from the task force and would be transferred to Region 7. In totally unrelated news, the governor of Oriental Mindoro will sponsor a thanksgiving mass tomorrow.

“I apologize if we couldn’t act even faster.”
~President Aquino

10 Age-Old Truths That Our Generation Has Defied

11 thoughts on “A SELFIE, AN APOLOGY, AND CRAZY BILLS”